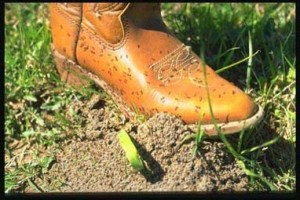 Fire ants attack anything that disturbs their mound (nest), including livestock and humans. They firmly grasp skin with their jaws, and then sting and inject venom. Fire ants pivot at the head and inflict more stings in a circular pattern. Two species of imported fire ants were accidentally introduced into the southern United States from South America in the early 1900’s. The red imported fire ant and the black imported fire ant. 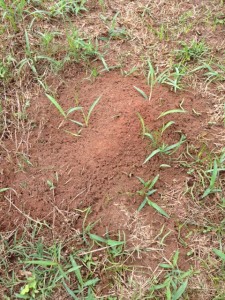 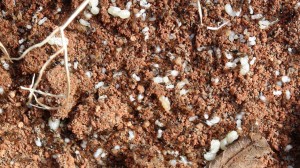 Fire ant mounds in hay fields can cause equipment breakdowns when cutting machinery hits tall hardened mounds. The ants may also consume seeds or seedlings of some forage crops. In pasture situations imported fire ant workers can quickly recruit other ants from their colony to food and moisture resources. Newborn livestock and wildlife, birds hatching from eggs and confined animals are particularly vulnerable to attack by imported fire ants. 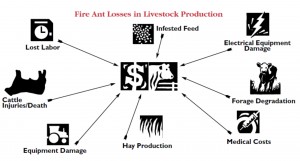 Methods of managing this pest are determined by their location: hayfield, pasture, structure, home.  A number of different control methods are available and are most successfully used when they are part of an Integrated Pest Management (IPM) program.   For example, the following is from the publication “Fire Ant Control: The Two-Step Method and Other Approaches:”

e-Extension:  Fire Ant Control: The Two-Step Method and Other Approaches