It Is Peanut Planting Time In Santa Rosa County 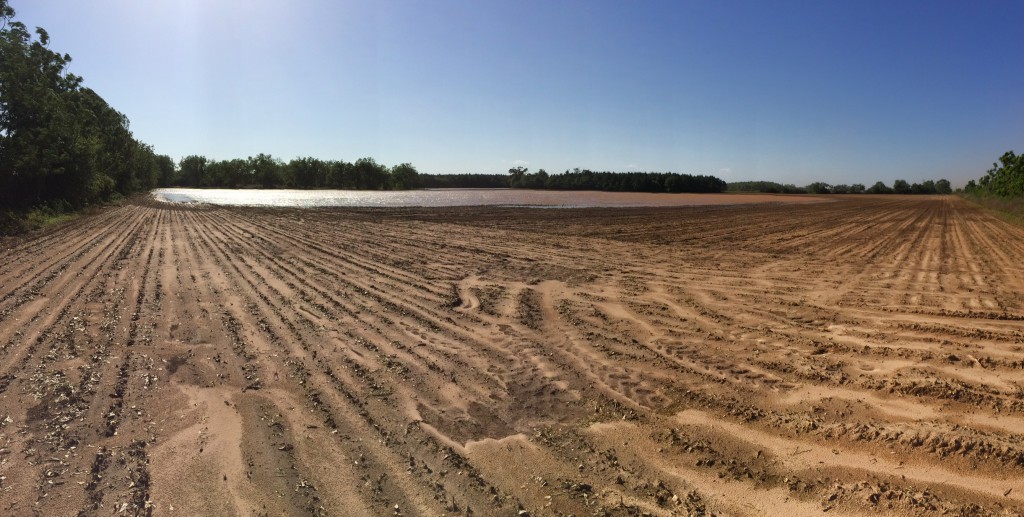 It is mid May, prime peanut planting time, and the planters are finally rolling in Santa Rosa County!

The farming community received 21.85 inches of rain between April 1 and May 16, based on data gathered at the weather station based at UF/IFAS, West Florida Research and Education Center (WFREC).  On April 29, the day of the Pensacola flood, our local farming community received rainfall ranging from 1.5 to 6.5 inches. It was not the 20 plus inches that Pensacola and the southern portions of Santa Rosa County received, but it caused severe damage in the northern portion. Sheet erosion, severe trench erosion, and ponding in fields caused a delay in planting, which had just started getting underway.

Once we had a bit of drying, planters began to roll again. Some of our farmers had as much as 30% of their peanut acreage planted when the “bottom fell out” again on May 14th.  Depending on where you checked in our farming community, rainfall totals that day ranged from 1.5 to 9.5 inches.  Once again, field erosion, field ponding, and delayed access to fields occurred. The rain event last week acutally caused more extensive damage than did the Pensacola flood event. Our ground was super-saturated and no more moisture could soak in. With as much as 30% of the peanut crop in the field many fields with peanuts cracking washed away.

Many farmers are concerned about potential losses due to standing water on peanut seed that has not germinated. One farmer stated that in 2009 he had rolled out of a 100 acre field just planted, a 4 inch rain event came in, and 40% of that field had to be re-planted due to seed rot. 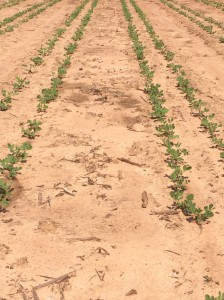 Once again, last week, we were delayed in getting back in the fields. Some say it will be weeks before some fields are accessible. When we can get into fields many will have severe damage, much of which will not be repaired until seasons end.

Presently we have an estimated 75% of our peanut crop in the ground, some of our larger farmers slightly less than that. By the weekend many will have all their peanuts in the ground, with the exception of those to be planted behind wheat, and it looks like wheat harvest will begin next week.

We have had some fields with thrips issues, but peanuts should be able to grow out of moderate thrips levels due to the warm, excellent growing conditions we now have.

With all that said, once our peanuts are up, producer’s thoughts and activities will go toward fungicide applications.

Many of our growers are considering the use of Proline or Abound either in-furrow or as early season banded applications. Bob Kemerait, University of Georgia Plant Pathologist, urges producers to remember the following.

The following Table is a summary of the 2013 Santa Rosa County Extension Fungicide Trial conducted at the UF/IFAS West Florida Research and Education Center in Jay. It consisted of 14 different foliar applied treatments and 2 in-furrow treatments.

For complete details of this trial please read the following UF/IFAS publication: