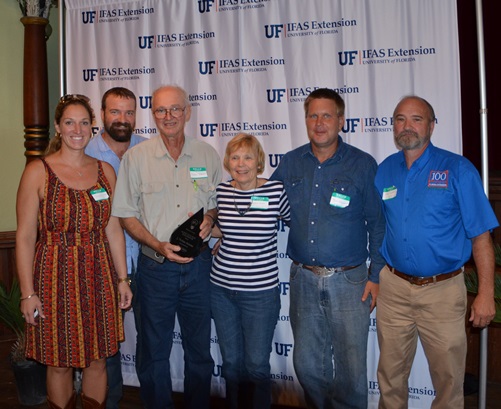 All of the county honorees have distinguished themselves as creative thinkers and leaders in the agricultural community.  This year Nolan Adams was honored as Agriculture Innovator by Walton County Extension .  Read more about Adams Farm below.  The other Agricultural Innovators nominated this year will be featured in Panhandle Ag e-News over the coming weeks. 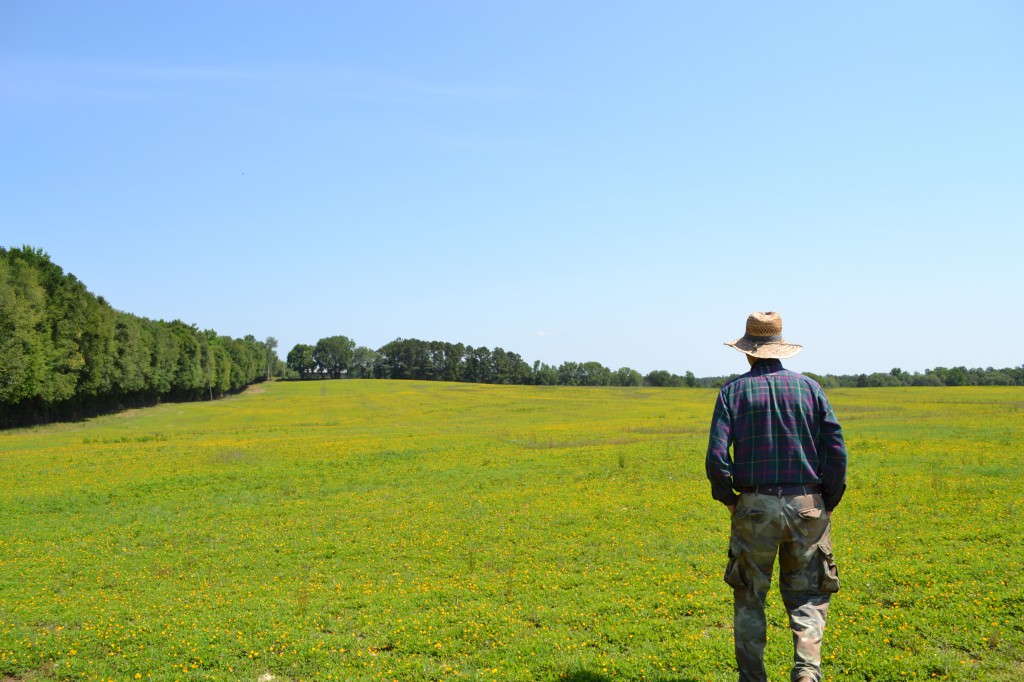 Mr. Adams owns and operates a 300 acre farm in Northwest Walton County. The farm was purchased in 1900 by his grandfather, and then in 1913 purchased by his father who raised corn, velvet beans, hogs, and cattle. As a boy on the farm, Mr. Adams remembers the cattle grazing in the woods, since there were no fence laws at that time. After high school, Mr. Adams left the farm to attend college at Florida State and later obtained his Master’s Degree at Auburn. For twenty years he taught school or was a principal in Japan, Midway Island, Germany, and in Minnesota before returning to the farm in Walton County in the late 80s. In the early 90s he began his farming operation raising Jiro persimmons, perennial peanut hay, and red Angus cattle. The seven acre field of persimmon fruit is the only commercial operation in the area and is in high demand when the crop matures in late September. The persimmons are harvested in 30 lb boxes and held in cold storage until all are marketed. Nolan also has a very successful perennial peanut hay business that provides square bales to horse owners in the area. He started planting perennial peanuts in 1990, so he was a pioneer in this area for this commodity.

Currently 60 acres of his farm are devoted to perennial peanuts. His other main commodity on the farm is a cow/calf operation raising red Angus beef, running around 70 brood cows. He backgrounds the calves and sells them by the truckload to a co-op in Georgia. His forage program includes planting winter forages like ryegrass and oats. In late spring he round bales excess winter forage and wraps the bales for haylage, which is fed late fall/early winter until winter forage is ready to graze. Rotational grazing is also used to improve forage utilization. His cows are always at perfect body score, simply meaning fat and happy. Some of his other interests include experimenting with kiwis and working with Dr. Grey, from the University of Florida, growing Southern Jewel muscadine grapes that mimic bunch grapes. He often sells these specialty crops at the Seaside Farmer’s Market. It’s easy to tell from talking to Mr. Nolan that he has a real passion for his farm and the products he produces.

Mr. Adams has used the Walton County Extension Service numerous times over the past 20 years in regards to soil testing, insect and weed control, and selecting warm season forages for cattle. He has also attended classes and field days in the past on perennial peanuts. Some of the UF specialists he has worked with include Dr. Ann Blount, North Florida Research and Education Center on perennial peanut production and Dr. Dennis Grey, Mid-Florida Research & Education Center, University of Florida on Southern Jewel grape. Extension professionals and other landowners in the area are always welcomed to visit his farming operation to learn more about the commodities he raises. Mr. Adams is open to suggestions and is constantly doing research to improve production on his farm. 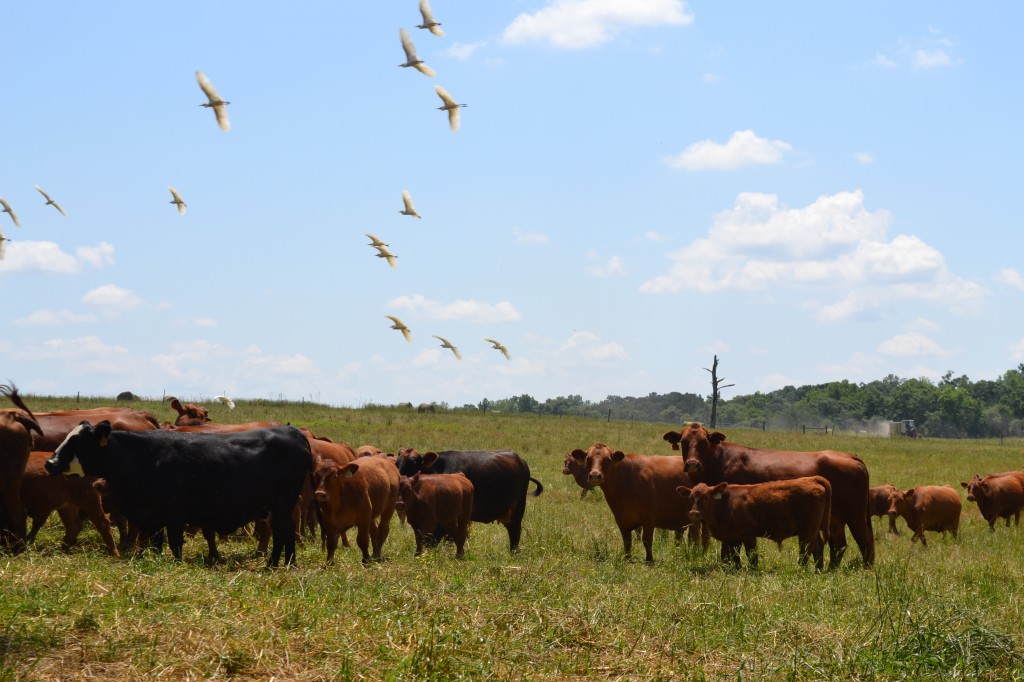 Another innovation of Mr. Adams’ is his persimmon operation which began back in 1992. After first planting Fuyu persimmon, he switched to Jiro persimmon, which was more resistant to insect and diseases plus produced a larger fruit. The fruit is marketed in late September to the Asian community and others throughout the panhandle of Florida. Persimmons can be purchased individually or by the box, which weighs 30 lbs., directly from the farm. There is no other commercial operation growing persimmon fruit in the area. Some years he sells in bulk to buyers from Atlanta. Many homeowners in the area have started growing persimmons in their yards after purchasing persimmons from Nolan. Mr. Adams says that’s okay, because he wants everyone to enjoy this fruit. 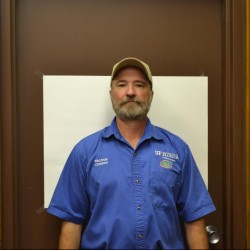