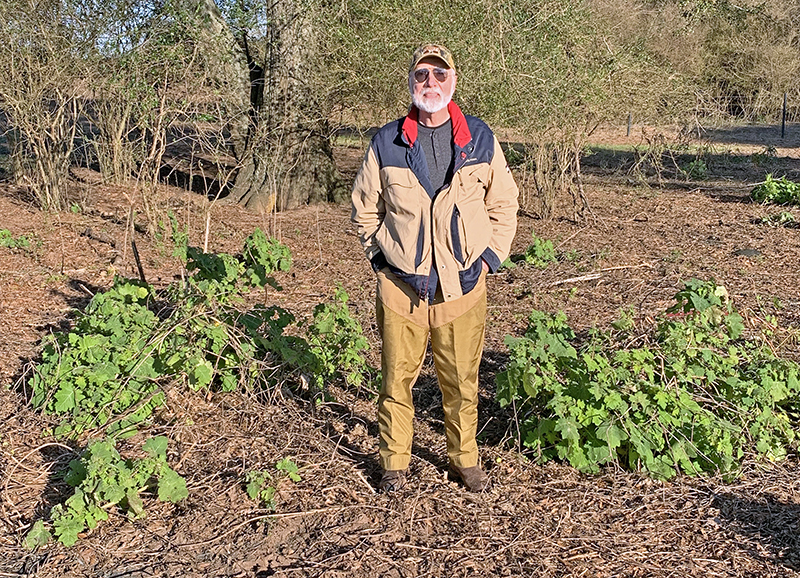 The occurrence of Tropical Soda Apple in our state has been highest in South Florida, although the plant now is commonly observed throughout the state. Tropical Soda Apple (Solanum viarum Dunal) is a serious weed problem in many perennial grass pastures and native areas of Florida. The thorns on the foliage prevent grazing by cattle, but the fruit pod is very attractive to cattle and many wildlife species of animals. This plant has the nickname “The Plant from Hell,” because it has sharp spines covering every part of the plant except the fruit. 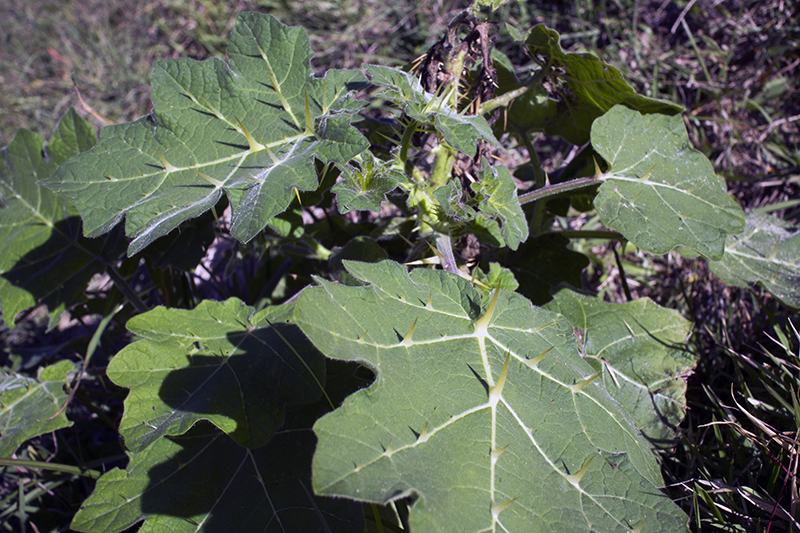 This invasive weed produces a yellow fruit when mature (1-1.5 inches in diameter), which contains 200-400 seeds per fruit. Germination is generally greater than 75%. The plant is readily identified by its immature fruit, which are green with white mottling, similar to a watermelon. Fruit production occurs throughout the year, but mostly from September through May. Here in the Panhandle, fruit production occurs in summer through early winter, providing 40,000-50,000 viable seeds per plant per year. 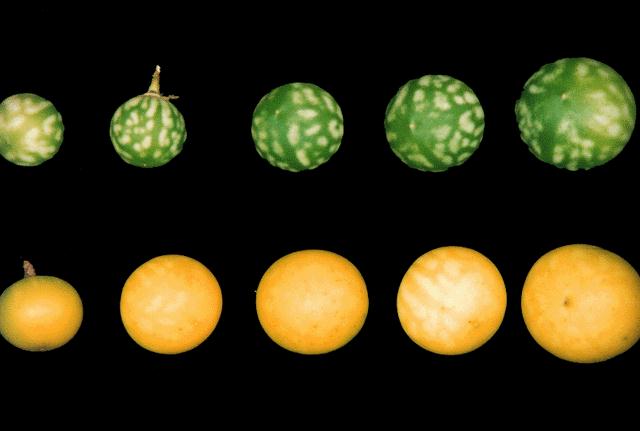 To our advantage the plant cannot survive Panhandle winters due to our normal cold snaps. The plant must emerge as a seedling in the spring. Wildlife, such as feral hogs, raccoons, deer and birds feed on the fruit and are vectors for spreading the seed through their feces. Cattle will also consume the fruit and spread the seed in this way.

Aminopyralid (Milestone, GrazonNext), triclopyr (Remedy, Garlon), and hexazinone (Velpar) are effective for controlling emerged tropical soda apple when applied at recommended rates. If plants have been established long enough to release seed, the site should be frequently inspected and newly emerged seedlings treated. Aminopyralid and hexazinone have longer residual control than triclopyr.

Since plants have thorns, use caution if removing by hand. Plants can regenerate from roots, so complete removal is necessary. To prevent tropical soda apple spread within a farm or community, take steps to minimize seed production. Mowing is an effective practice to prevent seed production, even after flowering has started, although plant regrowth will occur, and the practice must be repeated when plants start flowering again. Plants with mature fruit should be cut, piled, and burned to destroy seed viability, or buried more than 3 feet deep.

The only cultural control is sanitation. Collect fruit prior to maturity and dispose of by burning or cooking. Quarantine livestock at least 7 days in an area with no tropical soda apple before moving to new, uninfested locations.
Source:  Mississippi State:  Tropical Soda Apple