Ten days ago, my headline said “Prices Should Begin to Find Direction Soon”.  Direction has now been realized as prices have gained significantly—giving growers new hope after we were in the upper 80’s just a few weeks ago.  December futures gained 12.46 cents last week and were up the limit of another 5 cents today. 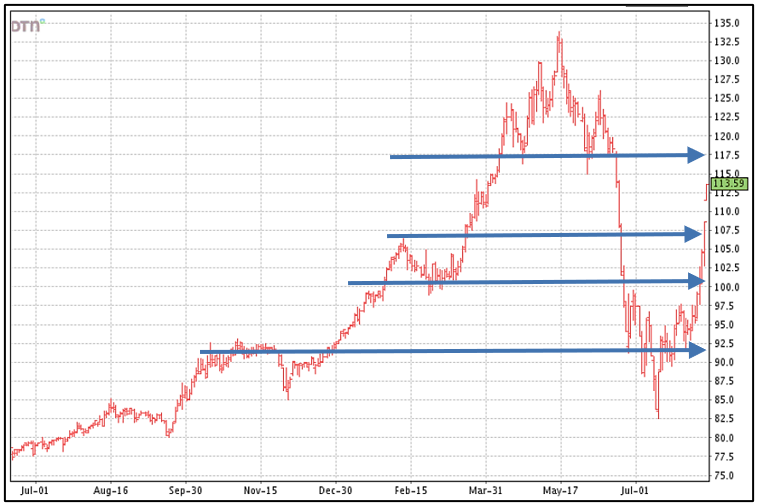 Crop concerns, speculative buying, and USDA’s August crop production and supply/demand estimates provided the fuel for last week’s run. This great run presents a pricing opportunity for growers who are confident enough in their crop and wish to add to previous sales.

Let’s remember, the previous dramatic decline in price was largely the result of economic and demand concerns.  It seems these concerns have faded somewhat and taken a backseat.  Weather concerns have moved front and center.  Strong demand optimism was the reason for the increasing market last winter and spring.  How far can weather concerns alone take us this time?

Last week’s USDA August forecasts for the 2022 crop year trimmed the crop by almost 3 million bales.  This magnitude of reduction was totally unexpected.  December futures stand today at 113.59.  Prices could continue to move higher with “resistance” around $1.18.  As we saw with the previous run up, speculative interests can move the market to levels not supported by supply and demand fundamentals, eventually subject to “adjustment”. 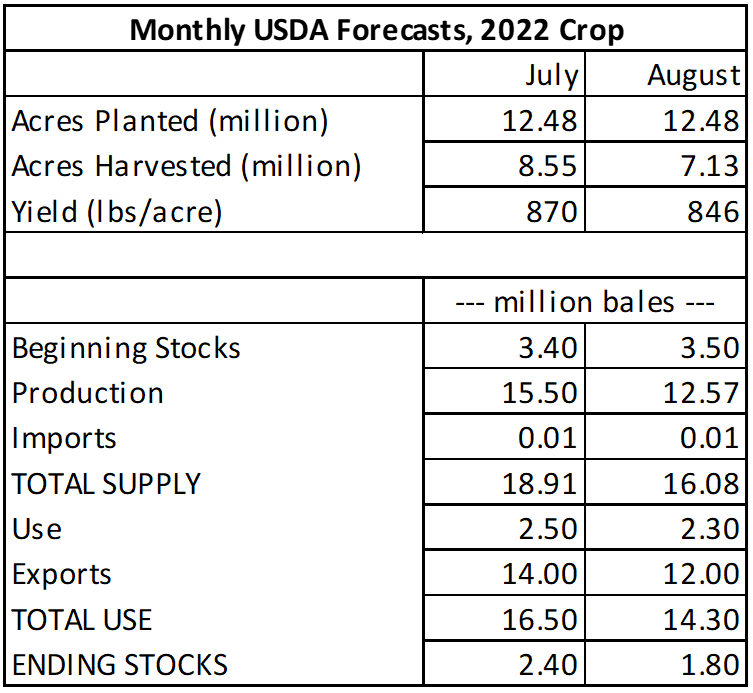 Going forward, our attention should also be on other factors that will come into play that have been pushed to the background for now.  In last week’s USDA report, World Use/demand for the 2022 crop year was reduced once again—this time by 830,000 bales.

There’s a saying that a short crop gets shorter.  Will the US crop be cut further?  August was such shocker and such a large one-time reduction, I wonder if the old saying will hold true this time.