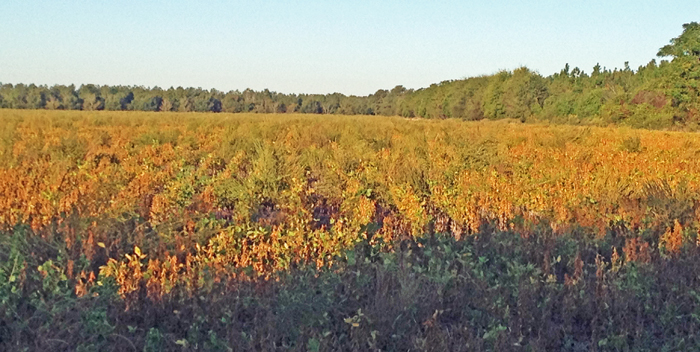 Palmer amaranth, commonly referred to as Palmer pigweed, is perhaps the most problematic weed in the southern USA, especially in row-crop production. This weed can not only produce abundant seed allowing it to establish dense populations that can out-compete many crops (Figure 1 above), but also has evolved resistance to multiple herbicides, which has made its control even more difficult. 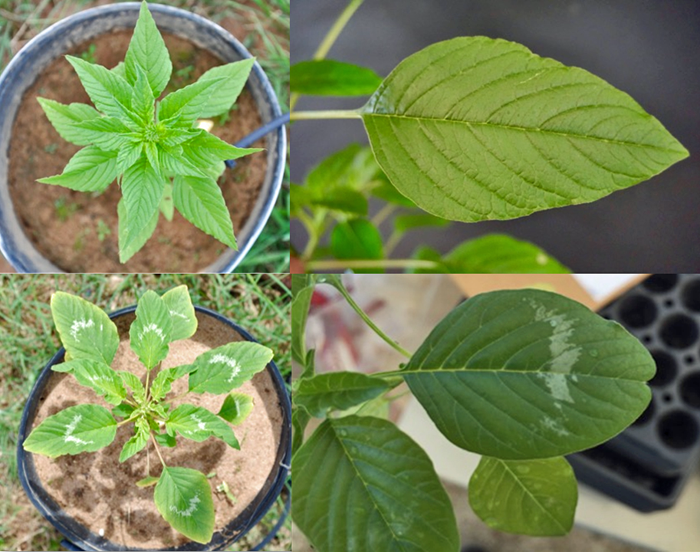 Figure 2. Palmer amaranth exhibits large genetic variability, and plants can have different leaf shapes and growth patterns. Some plants have compacted canopies (upper left) while others have long petioles in the leaves allowing them to have open canopies (bottom left). Also, there are plants with elongated leaf blades (upper right) and other plants that exhibit more rounded oval shape leaves (bottom right). Photo source: W. Bravo

One of the characteristics favoring the success of this weed species in crop fields is that it has large genetic variability (Figure 2 above). Thus, when compared side-by-side, Palmer amaranth individuals differ in many characteristics including morphology and growth. This genetic variation is what has helped Palmer amaranth evolve resistance to herbicides relatively quickly. Recent studies conducted at the University of Florida, however, indicate that Palmer amaranth adaptability goes beyond herbicide resistance. This research showed that Palmer amaranth populations are modifying their morphology to be able to grow taller than the crop. These studies found that Palmer amaranth populations that had been growing primarily with crops such as peanut and short stature vegetables were shorter than populations that came from farms including taller crops such as corn and cotton (Figure 3 below). Interestingly, these adaptations were more evident in glyphosate resistant populations, which also tended to be taller and have a more conical and elongated canopy than susceptible populations, which were smaller, and with a more spherical canopy. 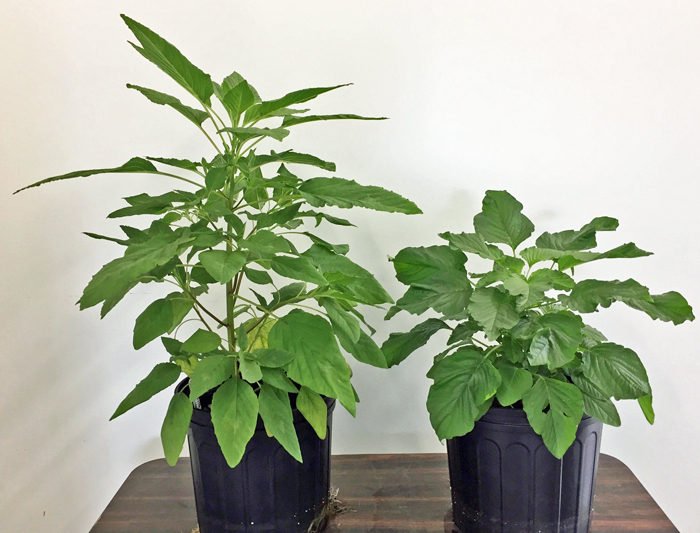 Although the research is still underway and more information is needed, the current evidence suggests that Palmer amaranth plants surviving herbicide applications are quickly adapting to the competitive environment created by the crop canopy, and this additional adaption might be making this weed species more successful in crop fields.

How can we use this information to better manage Palmer amaranth?

First, we need to recognize that herbicide resistance is not only a serious problem by itself, but can favor other changes that could make the weed more aggressive. Therefore, having an herbicide program with proper rotation of mechanisms of action (MOA) and that include both preemergence and postemergence herbicides is very important to prevent the evolution of herbicide resistance.

Second, remember that the plants surviving weed control are the ones that will adapt to crop canopy competition, so we should be very proactive identifying escapes to herbicide applications to control them immediately. This requires developing a strategy of sequential weed control actions after crop emergence. Combining cultivation and herbicides might be one option to achieve this, but also the use of sequential postemergence herbicide applications that use different MOAs or tank-mixes will help reduce the number of surviving weeds.

Finally, the results of Palmer amaranth research are a reminder that weeds are constantly adapting to our management, and they do so very rapidly. Therefore, we must pay close attention to see if their behavior is changing over time to make sure you are not caught off-guard, when a major weed problem is about to explode on your farm. If you identify the issues in time, there are plenty of tools to get things back under control. If you wait until weeds take over like the field in Figure 1 above, it will take a lot of time and money to reduce Palmer amaranth populations to manageable levels.