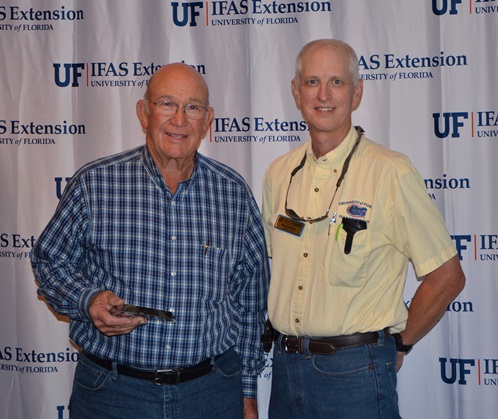 All of the county honorees have distinguished themselves as creative thinkers and leaders in the agricultural community.  This year Marvel and Justin Williams were honored as Agriculture Innovators by Holmes County Extension .  Read more about the Williams Farm below.  The other Agricultural Innovators nominated this year will be featured in Panhandle Ag e-News over the coming weeks. 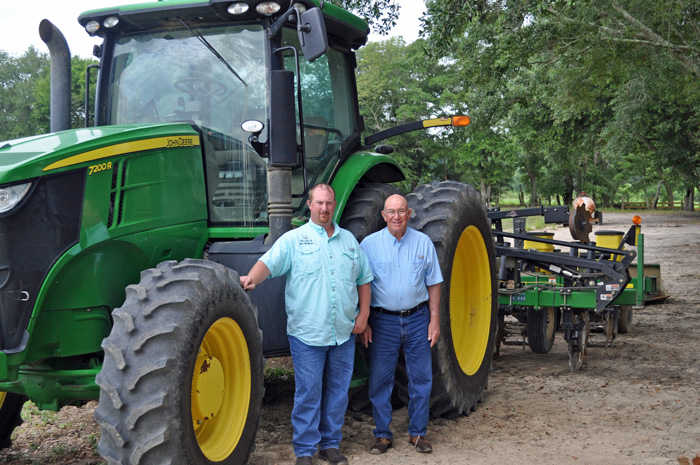 The Williams Farm is a cooperative effort of Marvel Williams and his son Justin, and has been in existence for several generations in Holmes County in the Poplar Springs Community. Marvel has been farming for more than 43 years after serving a tour in the United States Air Force in England. The Williams Farm is a diversified farming operation producing peanuts, cotton, wheat, perennial peanut and Russell Bermudagrass hay, and beef cattle on approximately 2,000 acres.

Marvel was the first cotton farmer in Holmes County to begin using transgenic varieties when they came on the market. Marvel and Justin were early adopters in Holmes County of GPS guidance systems for their tractors for improving planting and harvesting efficiency on the 1600 acres of peanuts and cotton that they are currently farming. Their utilization of variable rate fertilizer applications for the lime and nutrient needs of their crops, thereby conserving resources and optimizing crop production while reducing inputs, are exemplary. They have always been willing to share their knowledge and experience with other farmers. They have availed themselves of new and improved varieties for crop production and are the leading producers of high quality forages in their hay business. They are one of the largest producers of perennial peanut in Holmes County and their perennial peanut fields are one of the highlights of the drive up Highway 173 when the peanuts are in bloom!  They also do a superb job producing horse quality hay on the 110 acres of Russell Bermudagrass that they have in production, setting an example of excellent forage management on their farm. 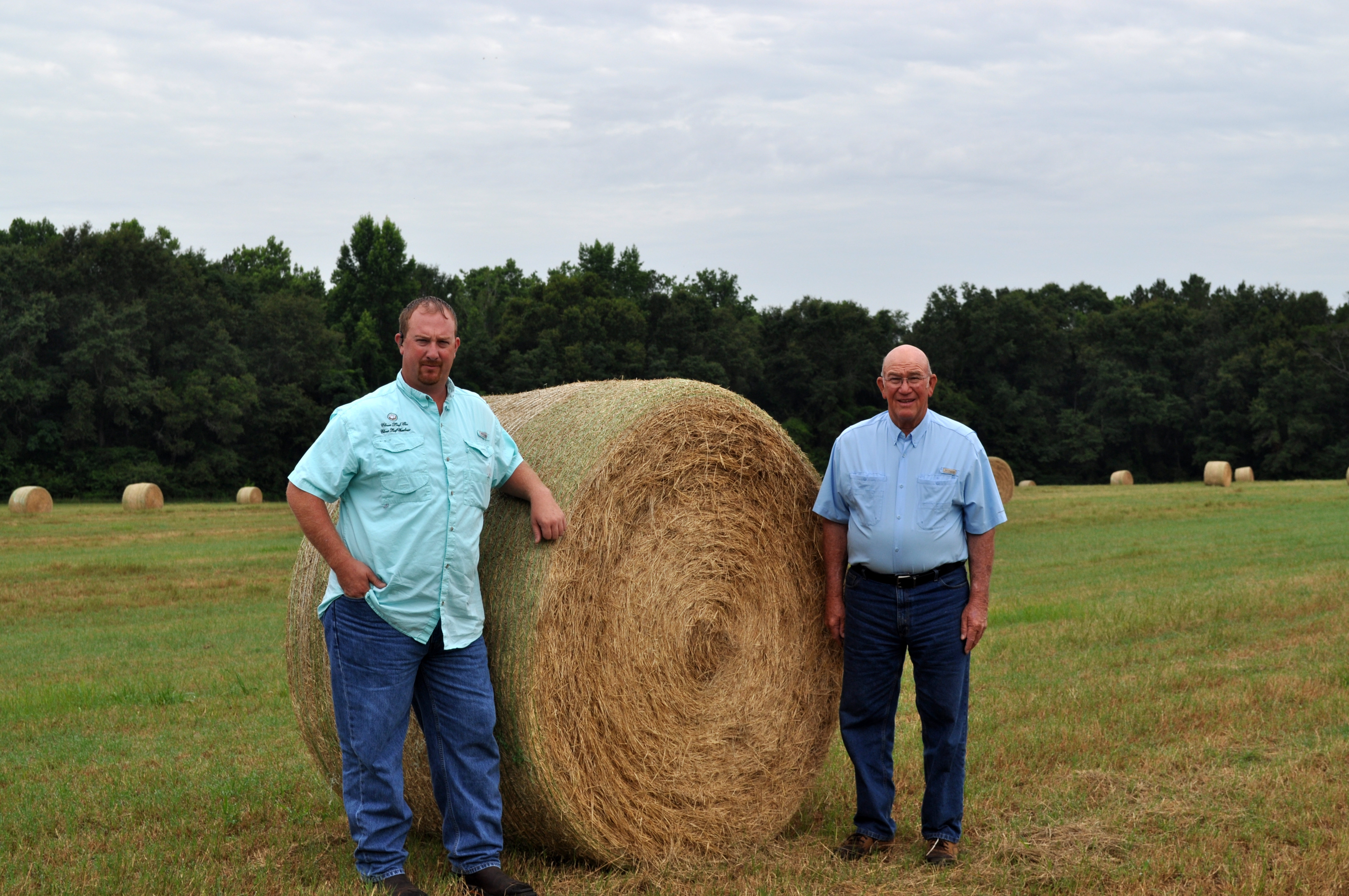 Marvel and Justin have been tremendously supportive of Extension over the years. Marvel has served for many years on the Holmes County Overall Advisory Committee, including serving as the Chairman. In addition, Marvel has been an active member of the multi-county advisory committee that plans the annual Panhandle Peanut Short Course and the Panhandle Row Crop meetings. He has been a strong supporter of the Panhandle Peanut Field Day, and an advocate for generous funding of the ongoing peanut research at North Florida Research and Education Center in Marianna. In years past he has assisted Holmes County Extension in hosting a Farm City tour of local peanut buying points and cotton gins and has always been willing to give direction and advice to Extension regarding the needs of local producers.

The Williams have participated in nematode survey trials on peanuts, peanut maturity research into new methods of determining digging times and other aspects of peanut production. Currently, Justin is assisting Extension with innovative research field trials to learn more about the biology and control of Bermudagrass Stem Maggot, a recent invasive pest in our area.

Many times over the years the Williams have hosted University of Florida agronomists, plant pathologists, entomologists, and other specialists on the farm, allowing them access in order to assess new crop technology, diseases, and insect problems in an effort to improve production of peanuts, cotton, and forages.

In addition, on several occasions Marvel has assisted the local Holmes County Extension in conducting annual Ag in the classroom field days for the 5th grade students in the Holmes County schools, exposing these youths to the importance of agriculture in the local community. He has been an outstanding friend and supporter of Extension! 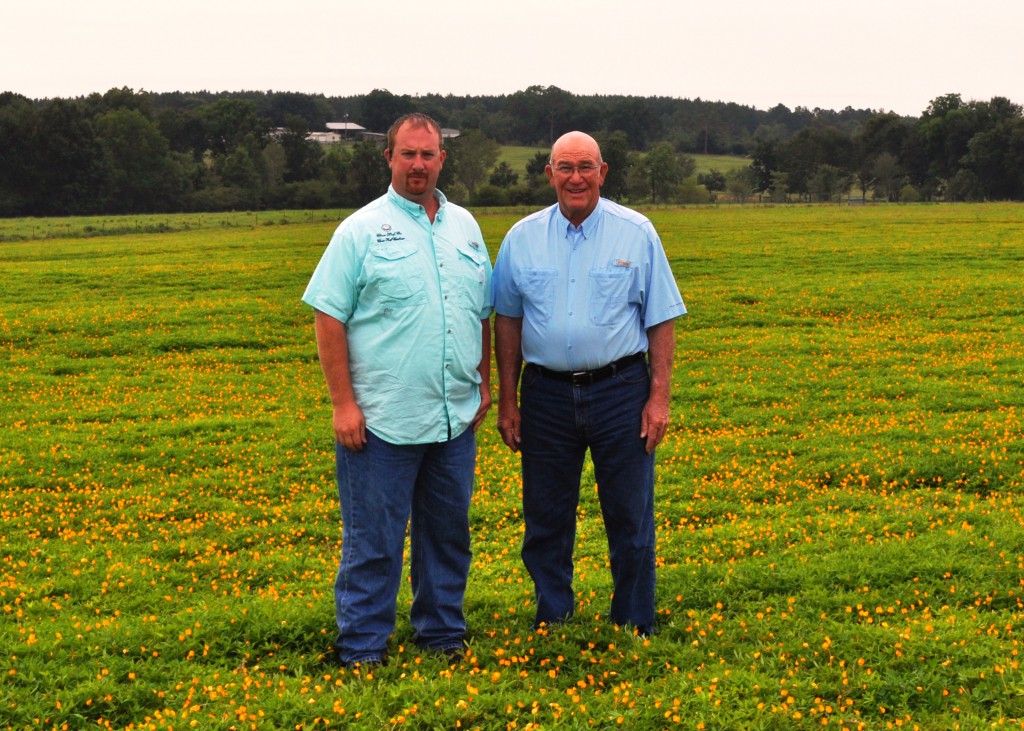 Marvel and Justin Williams have made a huge impact on agriculture in Holmes County and surrounding counties. Marvel served for more than 12 years as the Secretary and Treasurer of the Florida Peanut Producers Association and has always been a strong advocate for peanut farmers, not only in the panhandle, but also statewide and nationally. Marvel has made several trips to the halls of Congress and to Tallahassee to advocate for farmers. He has served for many years on a statewide Peanut and Field Crops Advisory Committee in addition to serving on local farm related boards.