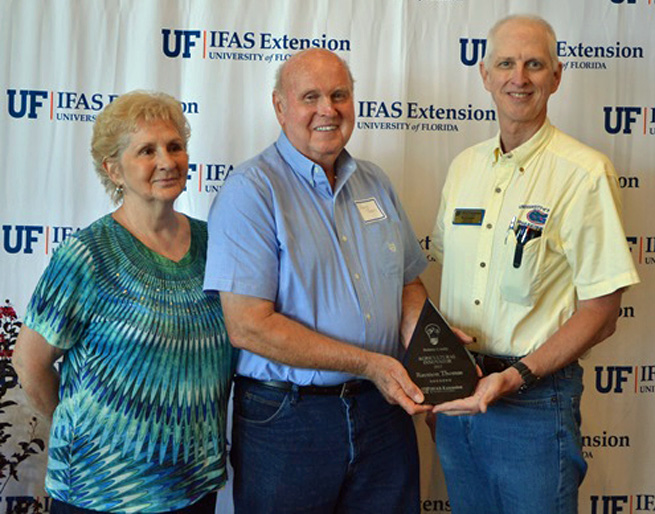 All of the county honorees have distinguished themselves as creative thinkers and leaders in the agricultural community.  Raymon Thomas, from Bonifay, Florida was honored as Agricultural Innovator in Holmes County.  Raymon was nominated by Shep Eubanks, Former Holmes County Extension Director (now Gadsden CED).  Read the story of Raymon Thomas’ contributions to agriculture in Holmes County below.  The Agricultural Innovators from other counties will be featured on the Panhandle Ag e-News over the coming weeks. 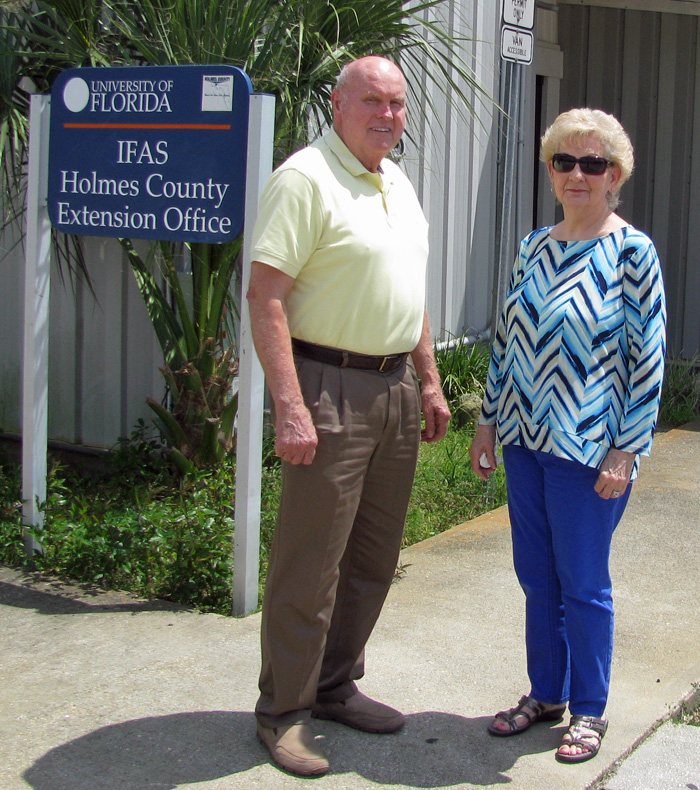 Raymon has facilitated many innovations in agriculture over the years. In 1993, he led the way for an area wide, multi-state satellite based program on Pork Quality Assurance for pork producers from Florida and Alabama. This program was hosted in Holmes County back in the days before internet, when an event like this was unheard of in our community. He led in the organizing of a pork producers marketing association of growers from Jackson, Washington, Holmes, and Walton counties in Florida, and Geneva County in Alabama in an attempt to save the beleaguered pork industry in our area. He also led in the organization of local rabbit producers to enhance marketing opportunities for these small farm producers. Other efforts include Fresh From Florida Marketing Workshops for local vegetable farmers and a 2007 Shiitake Mushroom Training and Field Day to allow local poultry producers displaced by Perdue Farms to investigate alternative enterprises for their farms.

He has been ahead of the curve on environmental issues long before water quality became the buzzword that it is today. He has helped find financing and support for water quality protection projects in Holmes County, including educational efforts and farm demonstrations to encourage the use of farm based composters for poultry producers in Holmes County, educational programs and meetings on the installation of lagoons and water quality features on local dairies, and the installation of a “Nature Walk” adjacent to Bethlehem School to encourage local youth to explore and understand natural ecosystems and the impact of these systems on our environment. Raymon was also involved in the founding and encouraged the development of Riverway South, an organization formed to promote rural tourism and to protect our streams, creeks, rivers, and area watersheds in the Panhandle of Florida.

Raymon has been a leading force in the development of Ag Tourism in the Holmes County area for many years, hosting and leading various farm tours of Holmes County. In 2008, he facilitated the first Ag Tourism Workshop in the Northwest district in Holmes County by securing funding to bring in speakers from Mississippi that led to current local Ag tourism venues like Hammack Farms in Bonifay. 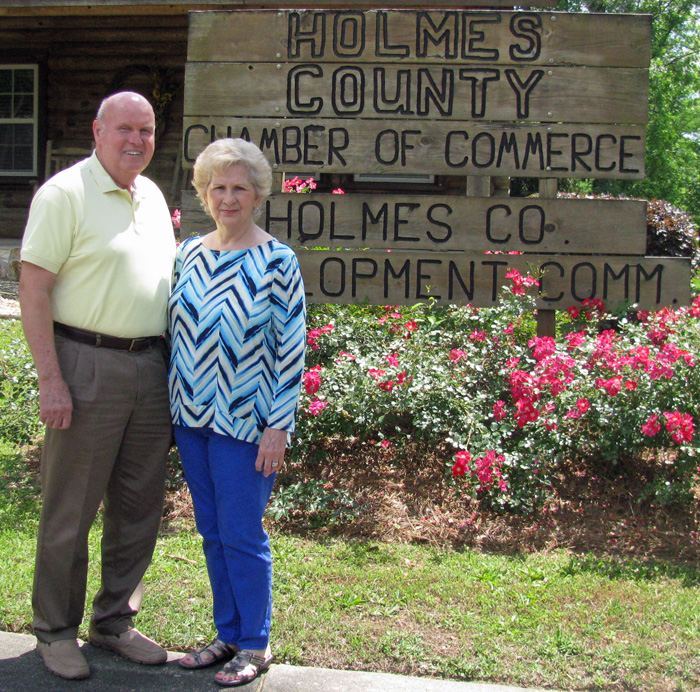 Raymon has worked closely with Holmes County Extension since 1993. As a Holmes County Commissioner he was the driving force in securing a new office for Extension. In 2007, through his foresight, faith and vision he accomplished what can only be called a miracle by constructing a modern 3,000 square foot facility with only $38,500 in county funds.

Raymon has served on the Holmes County Extension Advisory committee and has facilitated dozens of Extension programs, workshops, and Field Days either directly or through his role as president of Holmes County Farm Bureau. For many years he has encouraged youth development in Holmes County through 4-H by funding, supporting, and working at annual Ag in the Classroom and Ag Ventures field days for Holmes County students. He has secured funding over the years for special projects such as publishing a hay grower directory for Holmes, Washington, and Walton county producers and helping to offset expenses to bring in special speakers for Extension programs.

He has been very active over the years in making the needs of Holmes County citizens and Extension known to legislators and members of Congress, resulting in a level of support that is remarkable for a small county. For many years he has led a contingent of local Holmes County agricultural producers to Tallahassee for the annual Florida Farm Bureau Legislative Appreciation Day in an effort to encourage the legislature in supporting agriculture and allied
agencies such as Extension. 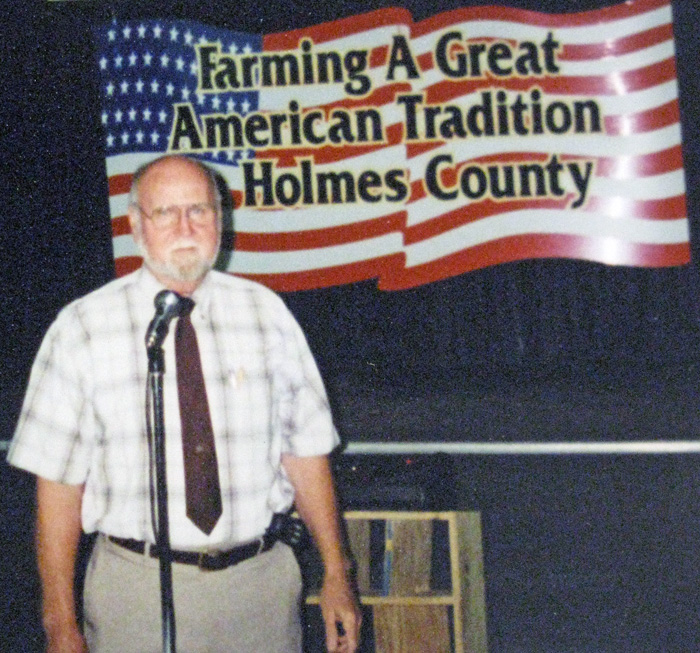 The impact that Raymon Thomas has had on agriculture in Holmes County is truly impressive.  The Extension office that was constructed under his watch as a County Commissioner saved the county approximately $250,000 in construction costs alone with a direct benefit to Holmes County citizens by providing an excellent facility to receive beneficial educational programs in agriculture, youth development, and family and consumer sciences.

Ag tourism is a growing industry in Holmes County in large part due to his efforts. It is estimated that this industry will return over $250,000 locally to Holmes County through revenue generated from visitors to Bonifay to participate in activities such as corn mazes and school field days at local farms.

Innovative water quality projects under the leadership of Raymon Thomas have allowed Holmes County producers to comply with state and federal regulations and remain competitive in a rapidly changing global market.