All of the county honorees have distinguished themselves as creative thinkers and leaders in the agricultural community.  Steve and Seth Basford, from Grand Ridge, Florida were honored as Agricultural Innovators in Jackson County.  The Basfords were nominated by Doug Mayo, Jackson County Extension Director.  Read the story of Basford Farms below.  Agricultural Innovators from other counties will also be featured in Panhandle Ag e-News over the coming weeks. 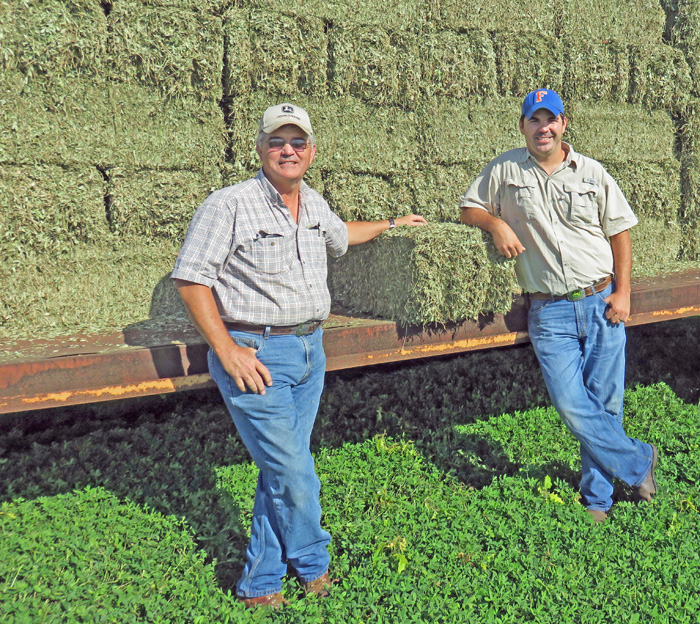 Steve and Seth Basford are sixth and seventh generation Florida farmers who have taken an innovative approach to developing a sustainable farming operation. Steve grew up working on his family farm near Grand Ridge, Florida.  His father was a part-time farmer, while working full-time at the local state prison. Many of Steve’s friends went straight to work on local farms after graduating from high school, but he chose to go to college to major in agriculture. His buddies asked him, “Why do you want to go to school, you already know how to farm?” Steve wanted to know more than just how to farm, he wanted to know the science behind the “why.”  Why crops grow the way they do? How herbicides work? What makes some soils better than others? So, he went to the University of Florida and got a degree in agronomy.

After college graduation, Steve came back home and started farming full-time. He bought the family farm from his father and started renting additional land to expand his acreage. He grew peanuts, corn, soybeans, watermelons and pasture raised hogs. Steve worked up to renting 1,000 acres from 11 different landlords. The competition for rented land was steadily increasing, driving up the cost of farming large acreages of row crops. While serving as Florida’s representative on the National Pork Council, he had the opportunity to learn about confinement hog operations. Once again, Steve went against the trend of the times and made the investment in a total confinement swine operation, so he could generate more income from the farm land he already owned. He could also grow most of the key ingredients to feed hogs. A confinement hog operation could provide a completely controlled environment, so even in Florida’s harsh climate, hogs could be raised efficiently. Steve sold 7,000 finished hogs per year directly to Bryan Foods in Mississippi. To further increase his efficiency, Steve got his CDL license and purchased his own semi-truck, so he could haul pigs to market at the ideal time, and reduce the cost of freight.

In November of 2002, Florida’s citizens voted in favor of “Amendment 10” that eliminated confinement pregnancy crates for swine operations in the state. There were only two farms in the entire state that were affected by this amendment, and Basford Farms was one of them. Steve considered making the $100,000 investment to comply with the new rule, but this came at a time when the swine industry in the South was struggling, plus he was frustrated by the political issues being pushed by animal rights activists. Once again, instead of simply modifying the current system, Steve was bold enough to make a fresh start by investing in perennial peanut. Perennial peanut is a tropically adapted, legume forage crop that can be harvested for hay that is comparable in quality to alfalfa. 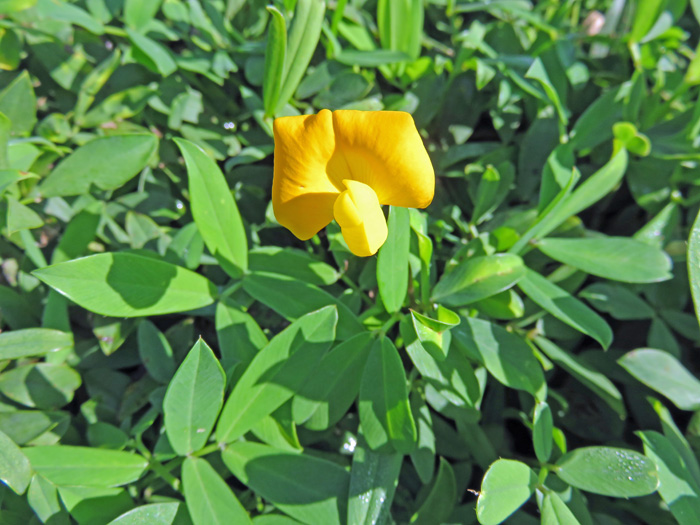 To make the jump to a whole new farming system Steve needed help. His wife Pat went to work full-time off of the farm, and his youngest son Seth, still a teenager in high school, made the commitment to partner on this new venture. Steve cashed in a life insurance policy to plant 80 acres of perennial peanut to begin growing hay for the Florida horse market. He borrowed funds to purchase hay equipment, and to convert his hog barns into hay storage barns. Seth worked his way through college while working on the farm. It took him six years, but he was able to graduate with a business degree, while helping his father establish their perennial peanut hay business.

The Basfords’ first experience with the perennial was not very good, because the planter he contracted with provided poor quality materials in the midst of a drought. While the field was not a complete failure, Steve and Seth learned from this experience and bought their own planting equipment, so they could work with a local grower to get quality planting materials and do the job right as they expanded their operation. They also started planting perennial peanuts for other farms in the region, to add additional income as they developed their own operation. Steve and Seth gradually expanded their operation to 350 acres and used the semi-truck from the swine operation to haul hay directly to horse farms and hay markets in central Florida.

While the money was good, Steve and Seth were at the mercy of their customers, and had to manually unload the hay at most of the farms they delivered to. Once again the Basfords came up with a more efficient solution. They purchased four van-body truck trailers and now have contracts with three feed stores to provide perennial peanut hay year-round to their horse customers. When the store’s semi-trailer is nearly empty they bring them a full trailer and return home with the empty one. Through the feed stores they can sell the hay at the same price, have year round income, and deal only with professional people selling 600-625 bales of hay at a time.

Steve and Seth have plans to utilize long-term leases of nearby farms to plant an additional 165 acres in the near future. These leases, and all of the equipment needed, will be in Seth’s name. While most farms have no real plan of succession, Steve has already begun the process to transition the farm over to Seth, so that when Steve is ready to retire, Seth will already be set up to take over the operation. 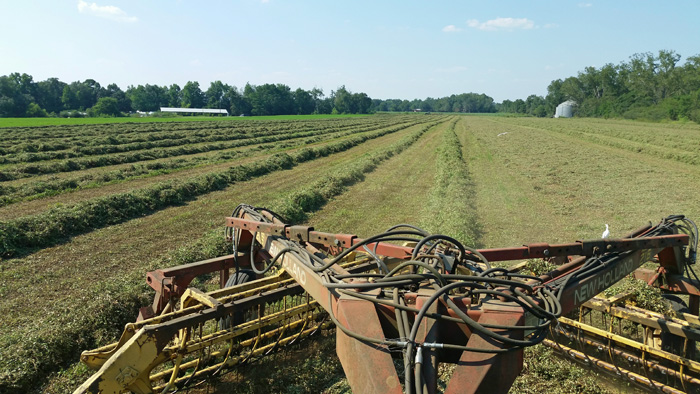 Steve and his family have been very involved with Extension for many years. His boys grew up in 4-H with hog projects at the Fair each year. Steve served on the Extension Advisory Board that helped the county get much improved facilities for the Extension Service. Steve donated his time, equipment, and planting materials to establish perennial peanut research plots at the North Florida Research and Education Center. He also worked through the Perennial Peanut Producer’s Association to get thousands of dollars raised to support the ongoing research on the production and management of the crop. Steve has shared his knowledge and experience as a speaker at multiple extension meetings and field days to help other producers be successful with the crop.  Now, through a contractual agreement with the University of Florida, Steve and other planters are ramping up production of newly released perennial peanut varieties to further improve the industry. 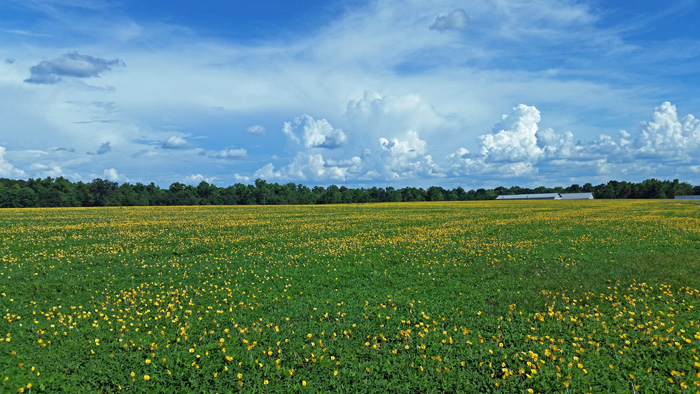 The Basfords have always been willing to serve the agricultural industry. Steve has served on the National Pork Producers Council, the National Soybean Board, and with Florida Farm Bureau. Steve has served as the President of the Perennial Peanut Producers Association for several years. He serves on the Jackson County Soil and Water Conservation District Board, and as a member of the Jackson County and Northwest Florida Extension Advisory Committees. Steve’s leadership has been key to a viable agricultural industry in the Florida Panhandle.