Cicadas: Loud and Large but not Much of a Pest in Florida “What is that noise,” asked the visitors to Middle Georgia when I was a teenager. They were visiting during the summer from El Paso, Texas. I asked, “What noise?” The reply, “That loud noise in the trees.” I responded, “Oh, those are cicadas.’ There are sounds that are so common that sometimes you quit hearing them.

Before the visitors left for El Paso, I made sure to show them the brown, dry shells (exoskeletons) of cicadas that are not difficult to find attached to the trunk of a Georgia pine tree during summer. Cicadas leave their nymph exoskeletons on the trunks of trees and sometimes shrubs when they shed them to become mature flying adults.

You may not have ever seen a cicada but you’ve undoubtedly heard one if you live in Florida. These insects make a loud buzzing noise during the day in the spring and summer. Male cicadas produce their distinctive calls with drum-like structures called timbals, located on the sides of their abdomens. The sound is mainly a calling song to attract females for mating.

Cicadas spend most of their life underground as nymphs (immature insects) feeding on the sap of roots, including trees, grasses as well as other woody plants. They can live 10 or more years underground as nymphs. In some parts of the United States, there will be news reports of when periodical cicadas are expected to emerge from the ground. Periodical cicada species mature into adults in the same year, usually on 13- or 17-year life cycles. Their numbers can be enormous as they emerge, gaining much local attention. However, cicada species in Florida emerge every year from late spring through fall and in much smaller numbers as compared to the periodical cicadas. There are at least nineteen species of cicadas in Florida, ranging from less than a ¼ inch to over 2 inches in length. Some people might be frightened by their size and sounds but thankfully cicadas don’t sting or bite. They are a food source for wildlife, including some bird species and mammals.

Very rarely, I’ll have someone ask about small twigs from trees found on the ground as a result of the female cicada’s egg-laying process. But because this is usually such a minor issue with practically no permanent damage to any tree, cicadas really aren’t considered to be a pest of any significance in Florida.

For more information on cicadas, contact the University of Florida Extension Office in your County. Or visit the following UF/IFAS web page. https://edis.ifas.ufl.edu/in602 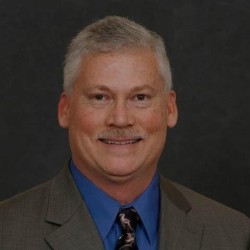