During the summer months, landscapes are alive with insect activity.  The majority of insects found in home landscapes are not harmful, although the sight of a few may cause some concern.  One insect appears to be threatening but is not is the cicada killer, the largest wasp in Florida.

During the warmer months, female cicada killers make ground burrows that consist of several cells for raising a few young.  There is an entrance hole, which often remains open, surrounded by a small mound of soil on one side of the entrance.   The female makes this ground burrow after mating and then captures cicadas to add to the individual cells.  The cicadas will serve as food for the developing wasp larvae that emerge from laid eggs.

A cicada killer wasp trying to carry home a cicada that has been paralyzed. Photo Credits: Zachary Huang, MSU, Department of Entomology

Although the females are able to sting, they are not overly aggressive wasps.  The males do make more aggressive flights around people but are unable to sting.   When enjoying your landscape, just be aware of ground burrows and the flight of the female wasps into the burrows.  If you are lucky, you may even see a wasp with a cicada in tow.

Cicada killers should not be treated in most landscapes.  If you are unable to tolerate the wasps, you may reduce their habitat by covering open sandy areas with mulch or a groundcover.  This does not completely prevent their ability to nest but will certainly reduce suitable nesting spots.  For more information on cicada killers visit:  http://edis.ifas.ufl.edu/in573. 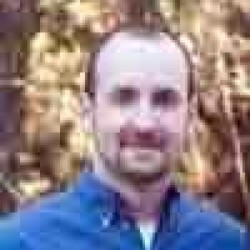 John Wells
John Wells is an IT Professional for the Northwest Extension District.