Be Aware of Brown Widow Spiders

Most people seem to be aware of the black widow spider but many people have never heard of the brown widow spider. 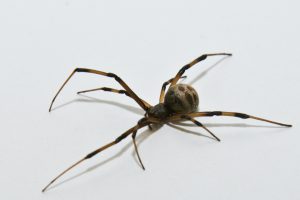 There are four widow spiders found in Florida. They include the southern black widow, northern black widow, red widow and brown widow. All are highly venomous but they are also timid. Bites usually occur when the spider can’t easily get away and becomes unintentionally caught between a person’s skin and clothes or when a person is reaching for something where a widow spider is hiding. A UF/IFAS Extension publication on brown widow spiders states, “According to Dr. G.B. Edwards, an arachnologist with the Florida State Collection of Arthropods in Gainesville, the brown widow venom is twice as potent as black widow venom. However, they do not inject as much venom as a black widow, are very timid, and do not defend their web.”

The brown widow likes to build its web in secluded, protected areas such as empty plant containers, mail boxes, building entry way corners, under eaves and inside of old tires.

More information on widow spiders is available from the UF/IFAS Extension Office in your County or from the below links.

You’d be wise to learn to identify these spiders.