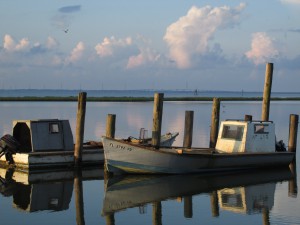 A notice has been issued by the California Dept. of Public Health dated June 27 that is seeking public comment on a proposed rule change regarding the allowable level of microbial Vibrio vulnificus in post-harvest processed Gulf oysters.

This change would bring California’s molluscan shellfish regulations into alignment with standards adopted by the National Shellfish Sanitation Program of the U.S Food and Drug Administration (FDA) and the Interstate Shellfish Sanitation Conference (ISSC). All other member states of the ISSC have already adopted the less than 30 MPN/g standard in post-harvest processed oysters.

This newer standard has been deemed safe since it has been in use from 2005 with no documented Vibrio vulnificus infections associated with raw oysters processed at the less than 30 MPN/g level according to FDA data. This change is anticipated to increase the amounts and varieties of post-harvest processed oysters imported into California from Gulf states.

If you would like to see materials regarding this action you may access them here.  Inquiries about the proposed regulations may be directed to Pat Kennelly, Chief, Food and Drug Branch, Food Safety Section, at (916) 650-6598.