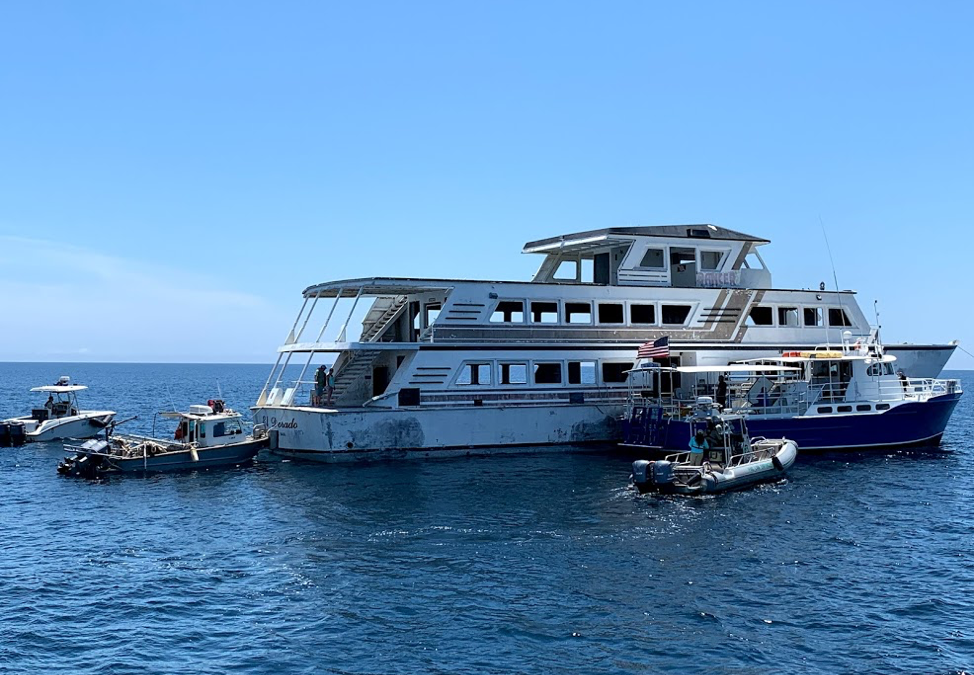 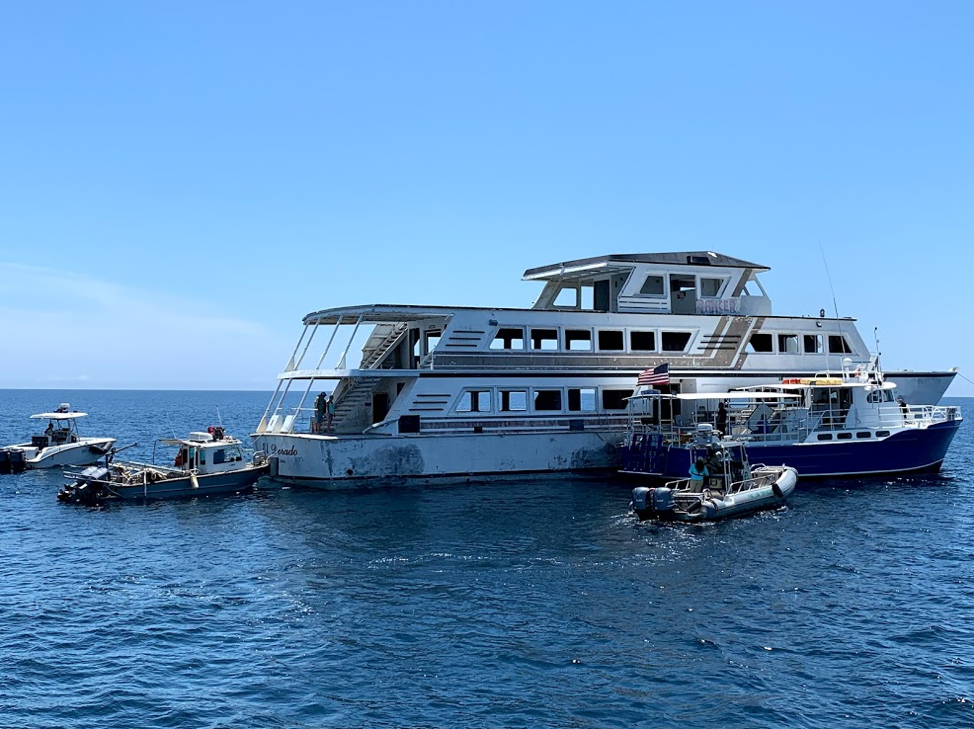 In the past month, Bay County worked with fishing and diving groups as well as numerous volunteers to deploy two artificial reef projects; the El Dorado and the first of the Natural Resources Damage Assessment (NRDA) reefs.

These sites are in Florida waters but additional opportunities for red snapper fishing are available this year to anglers that book for hire charters with captains holding federal licenses. Federal licensed Gulf of Mexico charters started Red Snapper season June 1st and continue through August 1st. Recreational Red Snapper fishing for other vessels in State and Federal waters is June 11th – July 12th. So booking a federally licensed charter can add a few extra fish to your catch this year.

The conversion of the El Dorado from a storm impacted vessel to prized artificial reef is compelling. Hurricane Michael left the vessel aground in shallow waters. This was in a highly visible location close to Carl Grey Park and the Hathaway Bridge. The Bay County Board of County Commissioners (BOCC) acquired the El Dorado, January 14, 2019 through negotiations with vessel owner and agencies responsible for recovery of storm impacted vessels post Hurricane Michael.

The El Dorado was righted and stabilized, then transported to Panama City’s St Andrews Marina by Global Diving with support from the Coast Guard and Florida Fish and Wildlife. Hondo Enterprises, was awarded a contract to complete the preparation and deployment of the vessel for use as an artificial reef.

Reefing the El Dorado provides new recreational opportunities for our residents and tourists. The new reef delivers support for Bay County’s fishing and diving charters continuing to recover after Hurricane Michael. Several local dive charter captains assisted in the towing and sinking of the El Dorado.

The El Dorado was deployed approximately 12 nm south of St. Andrew Bay near the DuPont Bridge Spans May 2, 2019. Ocean depth in this area is 102 feet, meaning the deployed vessel is accessible to divers at 60 feet below the surface.

The Bay County Board of County Commissioners continues to invest in the county’s artificial reef program just as before Hurricane Michael. Additional reef projects are planned for 2019 – 2020 utilizing Natural Resources Damage Assessment (NRDA) and Resources and Ecosystems Sustainability, Tourist Opportunities, and Revived Economies of the Gulf Coast States Act (RESTORE Act) funds. These additional projects total over 1.3 million dollars utilizing fines as a result of the Deepwater Horizon Oil Spill. Deployments will occur in state waters in sites located to both the east and west of St. Andrew Bay Pass. 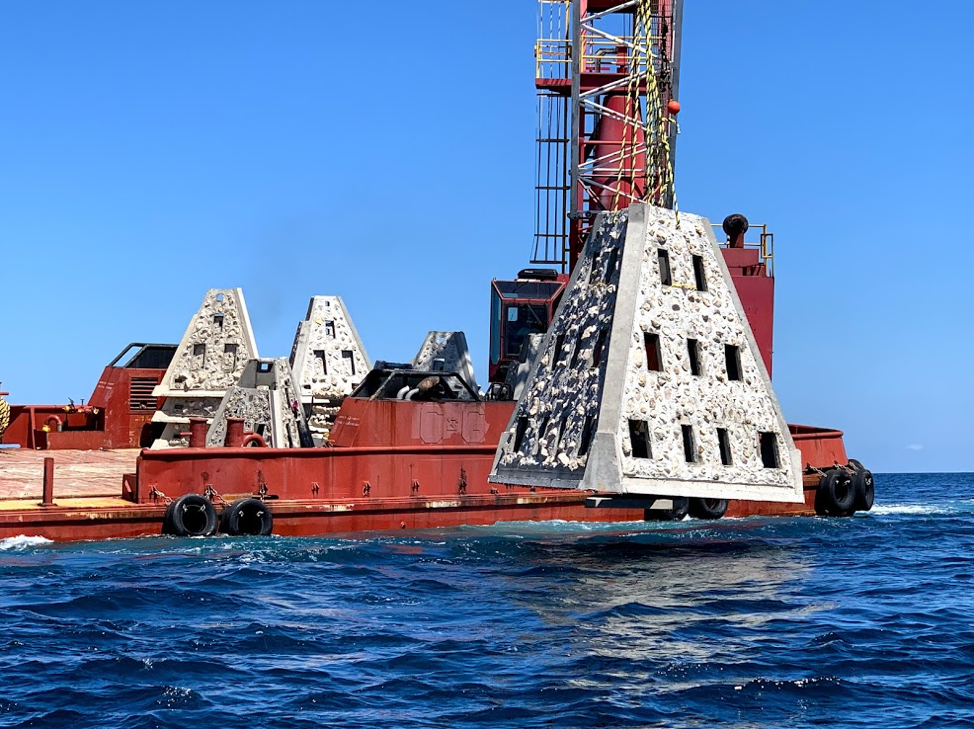 The first of these NRDA deployments for Bay County BOCC was completed May 21, 2019 in partnership with Mexico Beach Artificial Reef Association, Florida Fish and Wildlife Conservation Commission, and Florida Department of Environmental Protection using a $120,000 portion of the total funding. The deployment site in the Sherman Artificial Reef Permit Area is approximately 12 nm south east of St Andrew Bay Pass at a depth of 78 – 80ft. 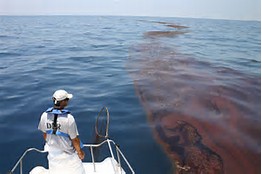 Sea Grant Publications on the Impacts of the BP Oil Spill

The Deepwater Horizon Oil Spill was one of the worst natural disasters in our country’s history.
Photo: Gulf Sea Grant

We are pleased to announce the release of a pair of new bulletins outlining how the 2010 Deepwater Horizon oil spill impacted the popular marine animals dolphins and sea turtles. To read these and other oil spill science publications, go to http://gulfseagrant.org/oilspilloutreach/publications/.

The Deepwater Horizon’s impact on bottlenose dolphins – In 2010, scientists documented a markedly increased number of stranded dolphins in the northern Gulf of Mexico. Was oil exposure to blame? Could other factors have been in play? Read the answers to these questions here: http://masgc.org/oilscience/oil-spill-science-dolphins.pdf.

“Sea turtles and oil spills” presentations – On March 23 in Brownsville, Texas, more than 100 participants gathered in person and online to listen to scientists, responders, and sea turtle specialists explain what we know about how these creatures fared in 2010 and detail ongoing conservation programs. Watch videos of the presentations here: http://gulfseagrant.org/sea-turtles-oil-spills/. 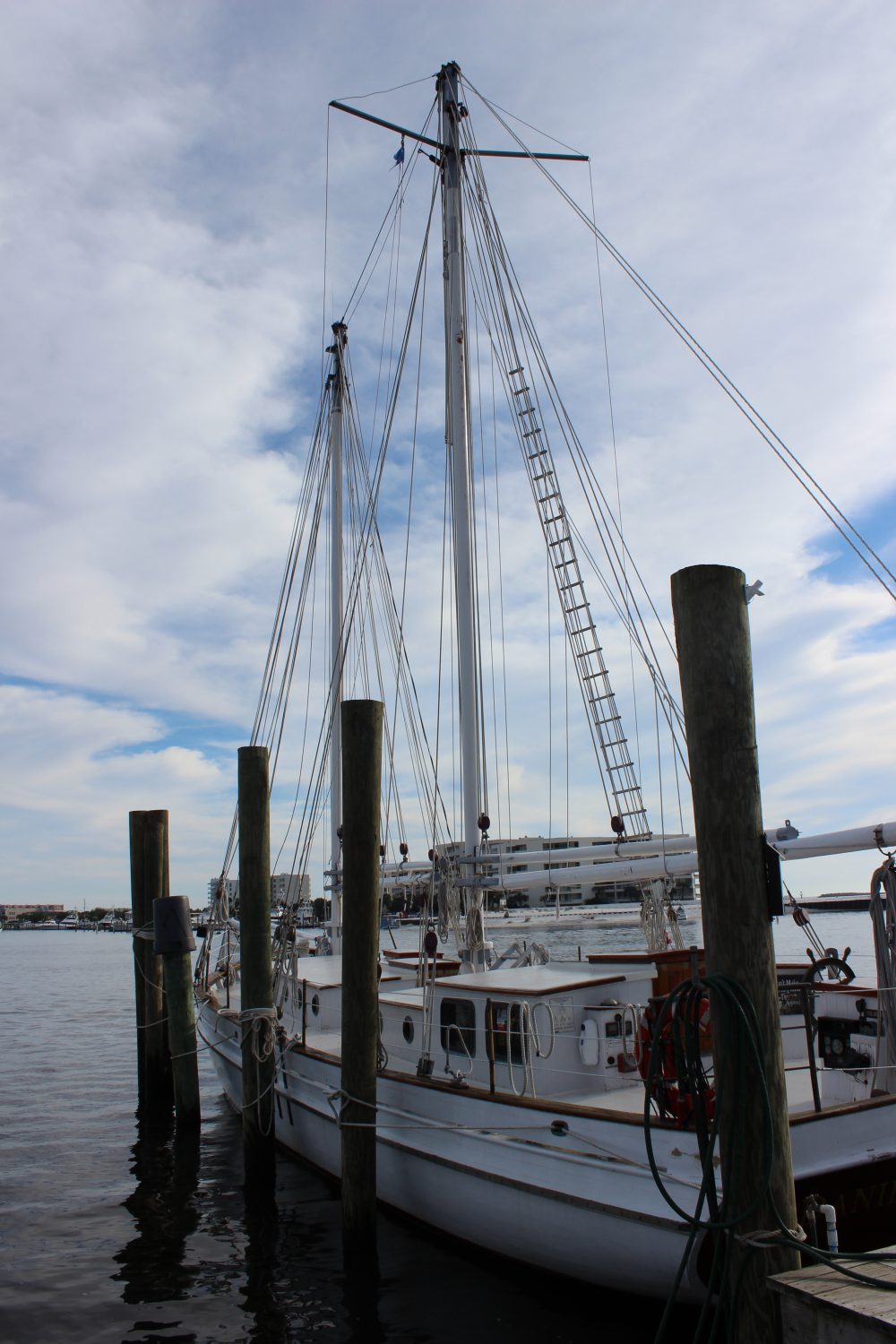 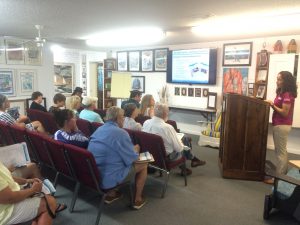 Dr. Monica Wilson, University of Florida Sea Grant, shares an update on the research that has occurred in the past five years since the Deepwater Horizon oil spill. Presented in the Rodeo Room at the Destin History and Fishing Museum. Photo credit: Laura Tiu

The Deepwater Horizon (DWH) oil spill occurred about 50 miles offshore of Louisiana in April 2010. Approximately 172 million gallons of oil entered the Gulf of Mexico. Five years after the incident, locals and tourists still have questions. The Okaloosa County UF/IFAS Extension Office invited a Gulf of Mexico Oil Spill Scientist, Dr. Monica Wilson, to help answer the five most common questions about the oil spill and to increase the use of oil spill science by people whose livelihoods depend on a healthy Gulf.

The event was held at the Destin History and Fishing Museum on Monday evening, July 11, 2016. Executive Director, Kathy Marler Blue partnered with the University of Florida to host the event. “The Destin History and Fishing Museum has a vision that includes expanding its programs to include a lecture series,” said Blue. Over 20 interested individuals attended the lecture and the question and answer session was lively. This was the first in what hopes to be an ongoing lecture series, bringing more scientific information to our county.

Dr. Wilson is based in St. Petersburg, Florida with the Florida Sea Grant College Program. Monica uses her physical oceanography background to model circulation and flushing of coastal systems in the region and the impacts of tropical storms on these systems. She focuses on the distribution, dispersion and dilution of petroleum under the action of physical ocean processes and storms. For this lecture, she covered topics such as: the safety of eating Gulf seafood, impacts to wildlife, what cleanup techniques were used, how they were implemented, where the oil went, where is it now, and do dispersants make it unsafe to swim in the water?

The Destin History and Fishing Museum is a nonprofit organization whose members are dedicated to preserving, documenting, and sharing the complete history of Destin. Please subscribe to their Facebook page for information on upcoming events. The UF IFAS Extension Okaloosa County office also hosts a Facebook page with announcement of upcoming programs. 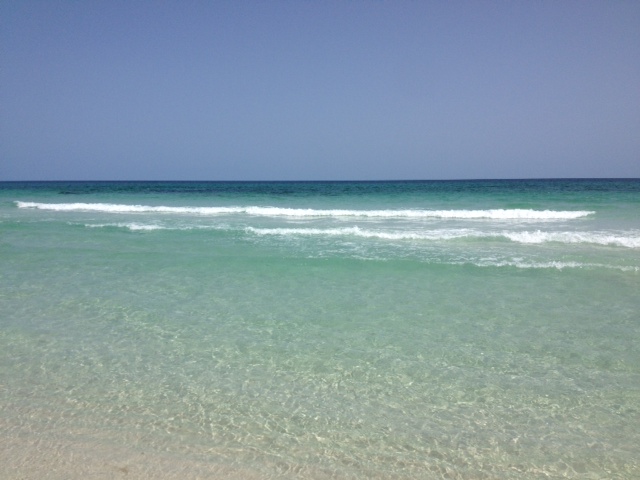 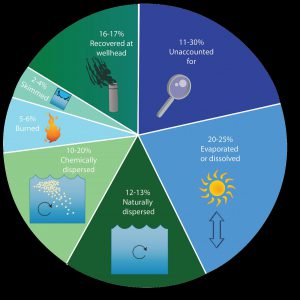