Chinese Tallow (Popcorn Tree): Benjamin Franklin has been blamed for introducing the invasive exotic Chinese Tallow tree to the Southeast when he mailed seeds to a planter after one of his trips to London in the late 1700’s. However, recent DNA work has traced the invasive strain to federal scientists’ importations in 1905.  No matter. The “Popcorn Tree,” as it’s also called because of its white seeds, has invaded the Gulf of Mexico coast from Texas to Florida, especially the wetlands and bottomland forests. A mature tree may produce as many as 100,000 seeds annually. These seeds can be spread by birds or moving water and expedite the trees’ takeover of habitat. The sap and berries are toxic to humans and livestock. It has been planted for its red fall color, but it crowds out native wetland species such as black gum and red maple, both noted for their red fall leaves. Its tolerance to flooding and saltwater can also make it a threat to bald cypress.

To control this species, small seedlings may be hand pulled, especially in wet areas, but care should be taken to leave no root pieces to resprout. Herbicides including triclopyr can control Chinese Tallow. More information is available at http://edis.ifas.ufl.edu/ag148 and   http://plants.ifas.ufl.edu/node/676.  For local assistance, contact your county UF IFAS Extension office.

Torpedo Grass: Torpedo grass (Panicum repens) is an invasive weed that is a scourge in lawns, flowerbeds and landscapes. Even if introduced into a small area, this weed can rapidly spread to become a major problem. Its name is derived from the hard, sharp point of the rhizome that runs horizontally underground, almost like a torpedo going through water. The rhizomes can travel a foot or more deep, and the hard tip will easily punch through landscape fabric and weed barriers. Native to Africa and Asia, Torpedo Grass was introduced to the United States around 1876, primarily through seed used for forage crops. The real infestation came in the early part of the 20th century when the USDA imported and distributed seed for planting pastures as forage for cattle.  Ironically it proved inferior for use as a forage crop. Now it is found in the Gulf South from Florida to Texas and in other coastal areas around the world.

Torpedo grass is nearly impossible to completely eliminate, so management of it is not a matter of how to get rid of it completely but instead how to prevent it from taking over an area. The only way that this can be accomplished is with repeated and frequent efforts. You will have to scout regularly and any time torpedo grass is seen, promptly take action.  Prevention is best for management of this weed, mechanical provides moderate control, and the most effective is herbicide use.  Glyphosate (Roundup, etc.) has been found to be the most effective control herbicide but specific chemicals and application techniques will vary depending upon the landscape or habitat characteristics.  For management in lawns please refer to http://edis.ifas.ufl.edu/ep387 for specific herbicide controls based predominate lawn species.  For management of invasive species in natural areas, refer to http://edis.ifas.ufl.edu/wg209 for a comprehensive list of species and their controls.  As always, refer to instructions on herbicide label to ensure proper usage.  Understand that herbicides will suppress torpedo grass for a time, but they will not kill it.  Unfortunately, at this time, there is no quick, easy or permanent way to deal with this weed. 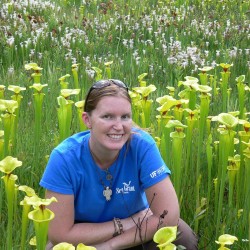