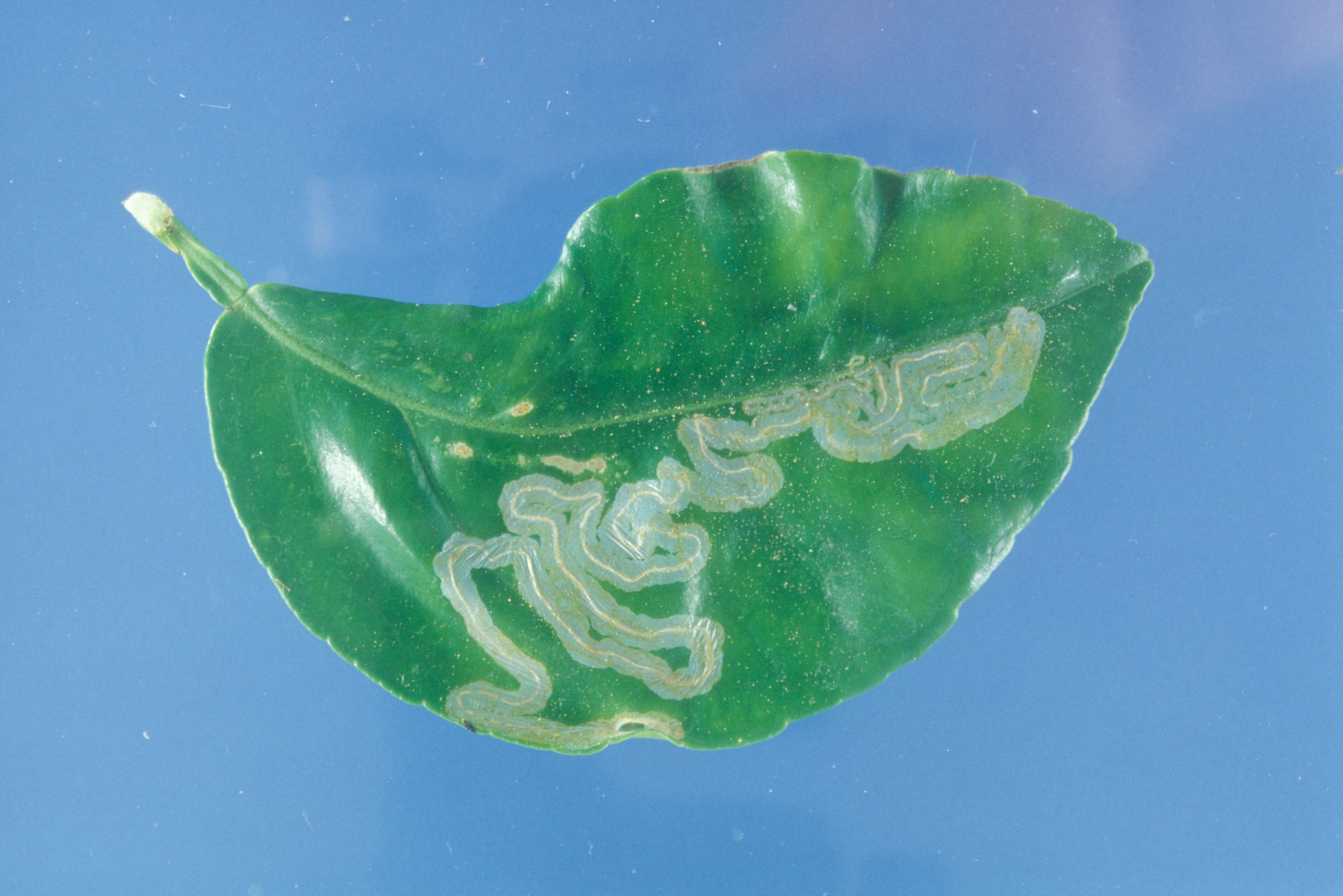 Spring is in full swing and citrus trees have begun actively flushing. With the new flush comes an array of insect pests. One of the most common being the citrus leafminer. The citrus leafminer is a small white moth, about 2.4 mm in length. It is more easily detected during its larval stage by the serpentine larval mines it produces on the underside of citrus leaves. 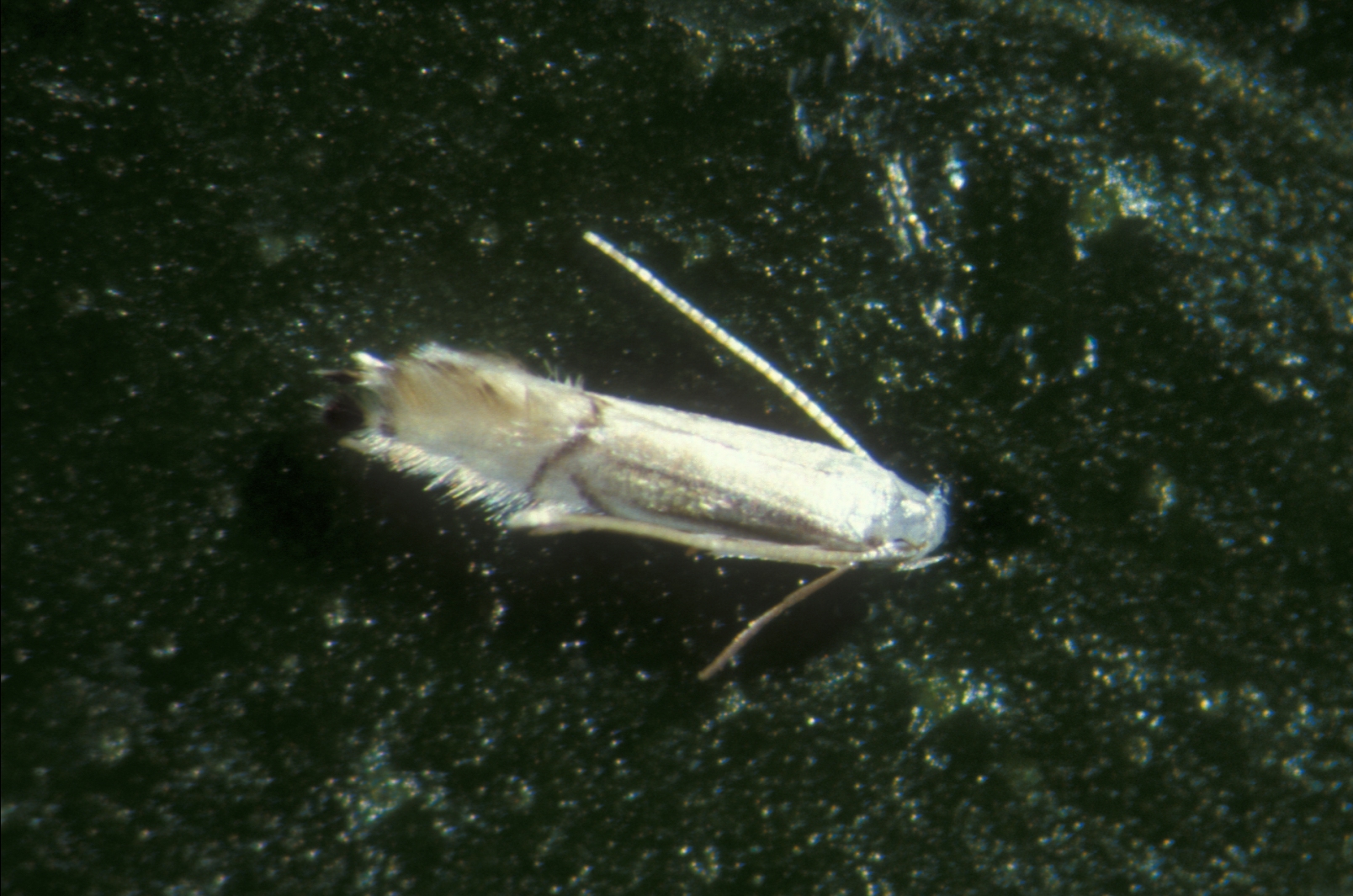 The larvae of the citrus leafminer feed on the new growth or flush of citrus causing serpentine mines to form under the leaf cuticle. This can result in leaf curling and distortion. Citrus leafminer injury to foliage can stunt the growth of young trees and in areas where the citrus canker pathogen is present, provide an opening for infection. 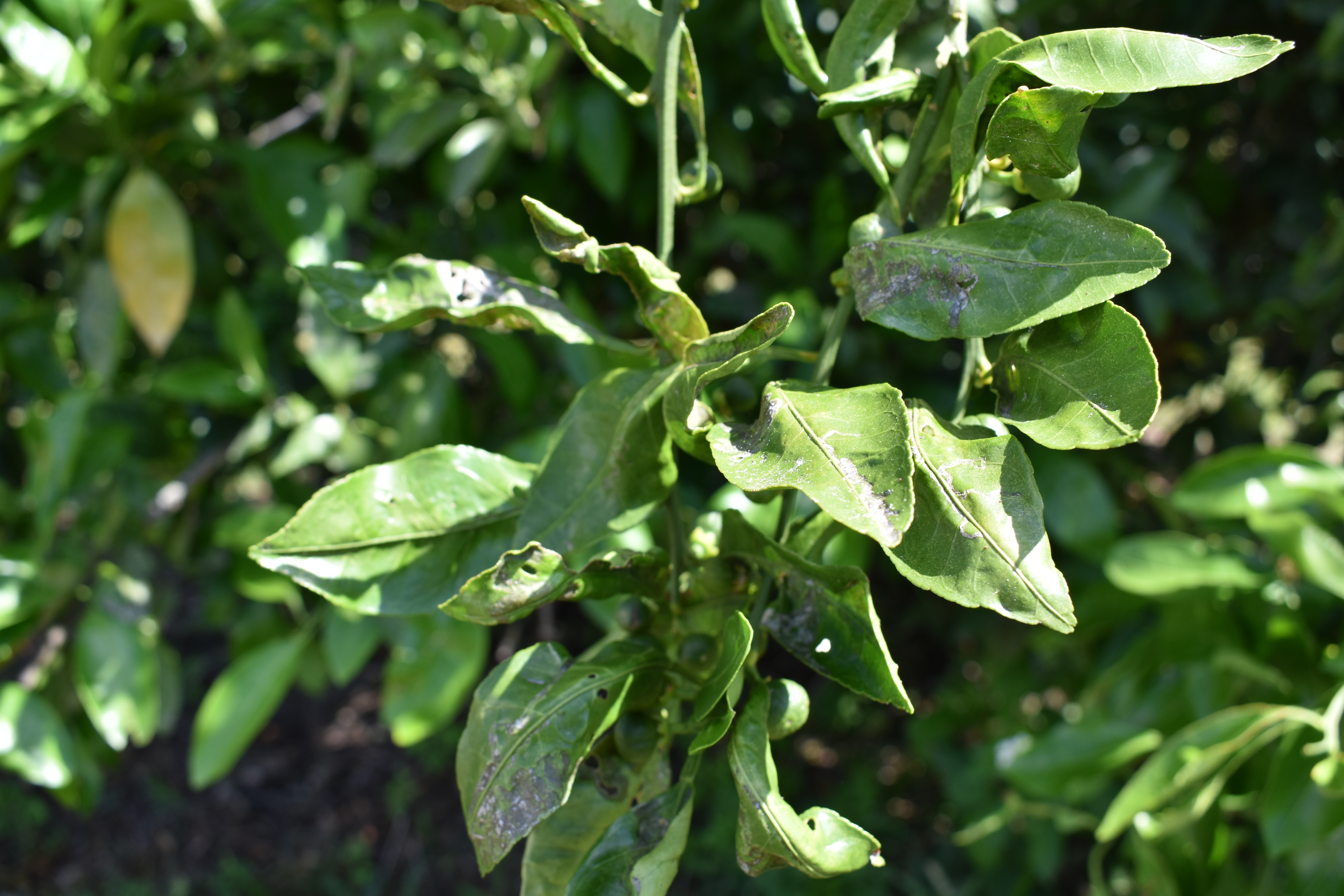 The term ‘flush’ is commonly used to describe the new foliar growth between bud break and shoot expansion. Citrus trees usually have several flushes per year, depending upon cultivar, climate and crop load. Generally, most citrus cultivars in our area have around three flushes. The main flush is the spring flush in late winter/early spring. Following that, two additional flushes occur around the end of June and late September. 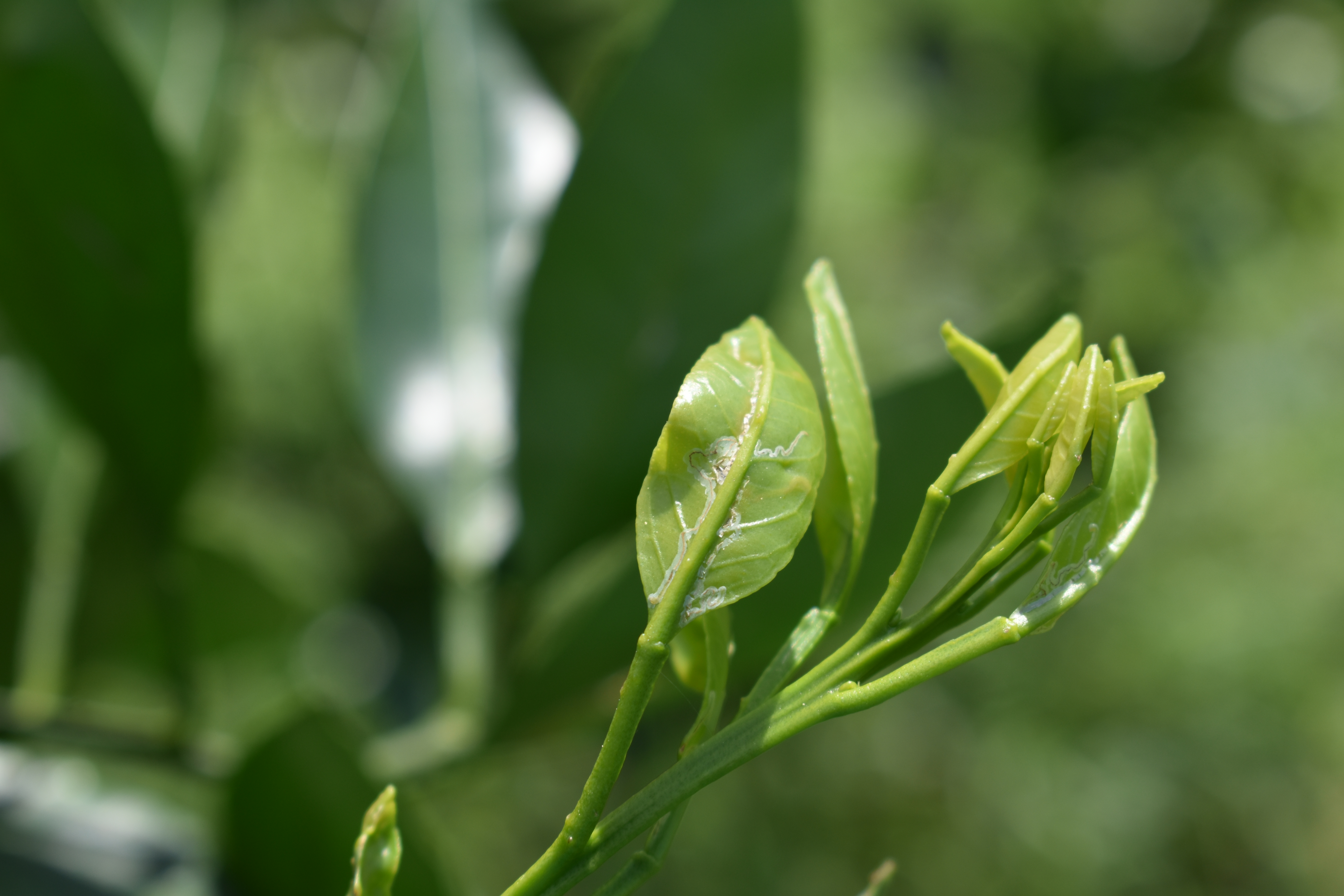 Adult leafminers require the new citrus flush for development. Eggs are laid within the flush. After two to ten days, the larvae emerge and feed causing the mines to occur. Larvae are protected within the leaf and therefore difficult to control. Pupation occurs within the leaf mine and takes anywhere from six to 22 days, depending upon temperature. Adults emerge around dawn and are most active in the morning and evening. In Florida, one generation of citrus leafminer is produced about every three weeks but populations increase when citrus trees are flushing.
In Florida, several natural enemies assist with reducing citrus leafminer populations. Studies have shown that predation from natural enemies can reduce leafminer populations by 90%. Primary predators of citrus leafminers include ants, lacewings and spiders. A parasitic wasp, Ageniaspis citricola was introduced into Florida and has become established. The parasitic wasp attacks the immature stages of citrus leafminer. Ageniaspis citricola can be requested and obtained for free from the Florida Department of Agriculture and Consumer Services (FDACS). Because it is a specialized parasitoid of the citrus leafminer larval stage, it should be released only when mines start to become visible on flush.
Citrus leafminer can be difficult to control with insecticides due to the fact that they are within the leaf and protected. Applications of insecticides require proper timing and may require repeat applications. For a full list of insecticides, contact your local Extension Office.

For more information on citrus leafminer, use the links to the following publications: