Why are My Squash Not Producing? 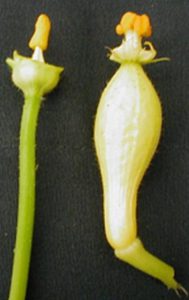 This spring, I have received several questions about spring squash. Some of the most worried gardeners asked me why their squash was not producing?  Initially,  I thought it was a pollination issue. It turns out, in more than one case, their plants were not producing female flowers. Botanically, squash are monecious, meaning that one plant will produce different flowers, some male and some female.

So, why were these squash plants not producing female flowers? The answer is somewhat complected. If squash were planted later in the season and exposed to primarily hotter temperatures, there will be a bias for production of male flowers. This is particularly true when nights are above 70 degrees F and days are above 90 F.  I noticed that this spring, squash were only producing male flowers when we were having several days of sustained daytime temperatures over 90 F, but once highs came down into the 80s, production of female flowers resumed. This makes sense from a biological standpoint, since it is very stressful for plants to produce fruit during times of extreme temperature and plants will conserve energy to later be able to produce fruit under more favorable circumstances.

Another factor that can influence production of female flowers is the level of nitrogen in the soil. If nitrogen levels are extremely high, likely due to over fertilization, then plants will remain in a vegetative growth stage for much longer. Growth will be vigorous and dark green, but little female flower production will occur. To avoid this scenario, only apply fertilizer at recommended rates.

Hopefully, if you have run into this problem, this article will help you have better production success in the future.  An excellent source that describes this phenomenon further is this article from Iowa State University titled ” Where are the Female Flowers?” 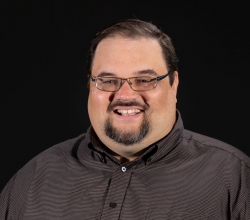 Matthew Orwat
Matthew J. Orwat started his career with UF / IFAS in 2011 and is the Horticulture Extension Agentfor Washington County Florida.His goal is to provide educational programming to meet the diverse needs of and provide solutions for homeowners and small farmers with ornamental, turf, fruit and vegetable gardening objectives. Please feel free to contact him with any questions you may have.