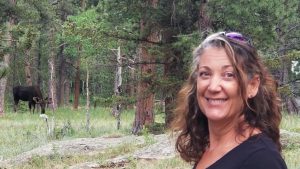 Stopped for a photo with a moose in Allenspark, Colorado this summer.

Julie McConnell is the Horticulture Agent with UF/IFAS Extension Bay County. She was hired in 2012 with a Bachelor of Science in Ornamental Horticulture from Auburn University, but the position also required a master’s degree. From 2014-2016 Julie attended the University of Florida’s distance learning program to earn a Master of Science in Entomology and Nematology and a Graduate Certificate in Landscape Pest Management. Although it was challenging to juggle family, work, and classes she quickly found that insects are fascinating creatures and the knowledge she was gaining could be applied daily on the job.

An Army brat, Julie lived all over the Southeast and in Hawaii before her parents settled in South Florida where she spent most of her childhood. Growing up she had no interest in plants or insects but loved animals and hoped to one day be a veterinarian. Fast forward many years to a few failed physics and chemistry classes triggering undergraduate major changes and eventually Julie found a good fit with Horticulture while studying at Auburn. She flourished in that program and found a job in wholesale nursery sales in the metro-Atlanta market upon graduation in 2001.

While working on her degree at Auburn, Julie worked as a Public Safety Communications Officer with the City of Auburn for 6 years. In that role she helped write standard operating procedures and a formalized training program and trained new hires. She also served 8 years in the U.S. Army Reserves at an Aviation Headquarters Unit at Ft. Rucker, Alabama.

Julie has been married for 15 years and has 4 children and 3 grandchildren. She lives in northern Bay County with her husband and their youngest child. They love spending time in or on the water and have picked up new hobbies including kayaking and diving since moving to Florida. They also enjoy traveling and hosting family and friends visiting from out of state. In addition to sharing the beautiful beaches of Bay County, they like to introduce visitors to other outdoor recreational spots such as the crystal-clear springs and dune lakes in Northwest Florida. 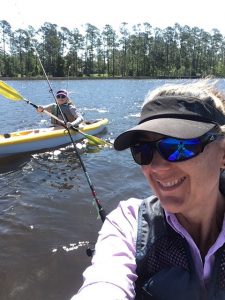 Although I never catch any fish, I love family time on the water. 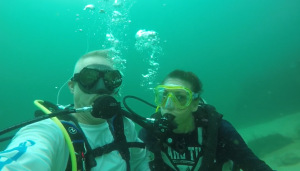 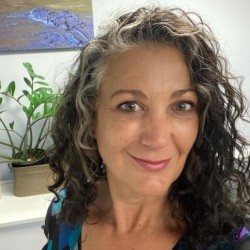