Peanuts, also known as groundnuts, earthnuts or goobers have a long history of cultivation. Unlike other nuts, peanuts are grown underground and not on a tree (hence the name nickname groundnut or earthnut). Originally native to South America, peanuts made their way to North America from Africa, where they were introduced by African slaves in the early 1800’s. 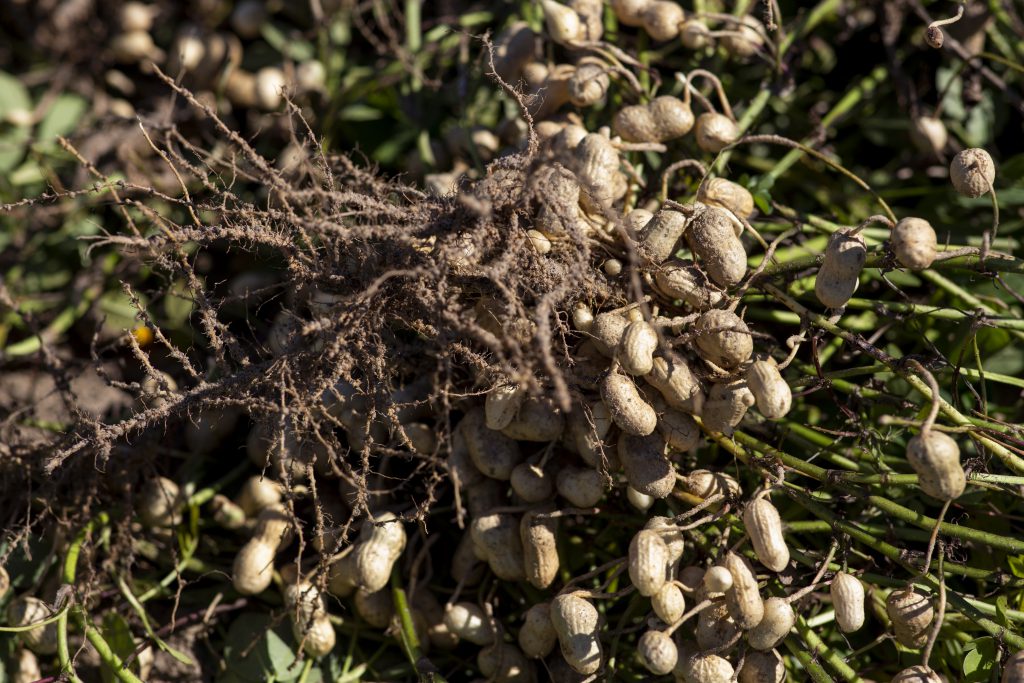 Overturned peanuts in a field ready to be harvested. Photo credit: UF/IFAS

First grown in Virginia, peanuts were grown mainly for oil, food, and as a cocoa substitute. During this time, they were regarded as food for livestock and the poor. It wasn’t until the late 1800’s did their demand increase as there was a need for an affordable, high-protein food during the Civil War and world wars. Their popularity also increased when P.T. Barnum began selling hot roasted peanuts at circuses.

In the 1900’s, peanuts became a significant agricultural crop when the cotton boll weevil threatened the South’s cotton crop. Through the research findings and suggestions of Dr. George Washington Carver, peanuts were grown as a successful cash crop and contributed greatly to the sustainability of the farm. Though Dr. Carver did not invent peanut butter, he did invent more than 300 new uses for the peanut and peanut byproducts including shaving cream, leather dye, coffee, ink and shoe polish.

Now, peanuts are grown in 13 states, across the United States and the U.S. is the third largest producer of peanuts in the world. In 2019, Florida grew 155,000 acres of peanuts with a production value of roughly $119 million. Did you know you can even grow peanuts in your home garden? Check out the UF/IFAS EDIS publication: Producing Peanuts for Home Use to learn more!

Help us fight hunger in the Panhandle by donating unopened jars of peanut butter to the Peanut Butter Challenge! Every year UF/IFAS Extension Offices across the Panhandle coordinate the Peanut Butter Challenge to address hunger and food insecurity in our area. You can support the challenge and help fight hunger by donating unopened jars of peanut butter, now through November 25th to your local UF/IFAS Extension office. Through a partnership with the Florida Peanut Producers Association and the Florida Peanut Federation, for every one pound of peanut butter you donate, TWO pounds are given back locally to those in need! 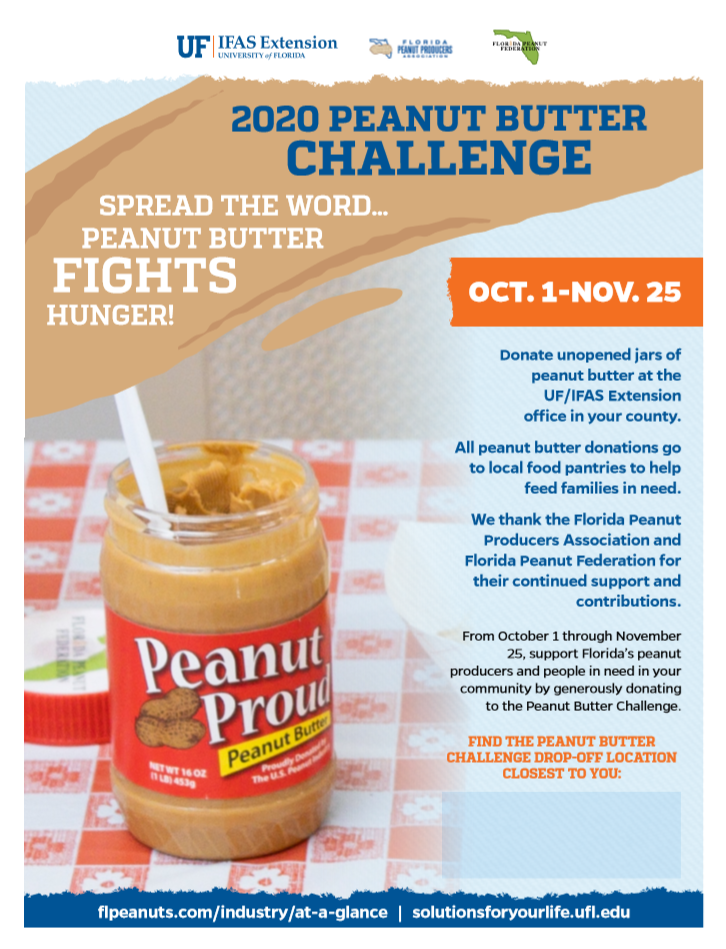