Last week I was trimming shrubs around my house and I had the wild idea to pull up a couple yaupon holly saplings around the base of a live oak tree…without looking.  As I was pulling up one of the saplings I felt a piercing sting on my ankle.  I yelled some obscenities and ran away as quickly as I could, but it was no use.  By the time I got far enough away, I had been stung eleven times and I still had a few yellowjackets flying around in my shorts. 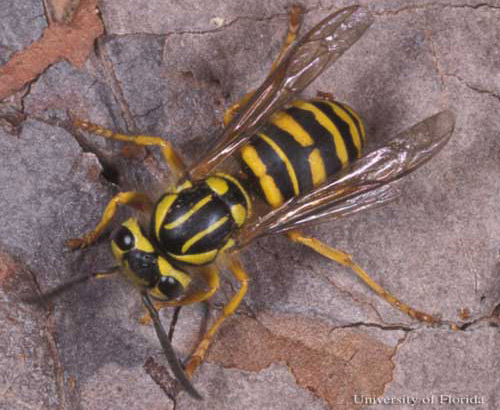 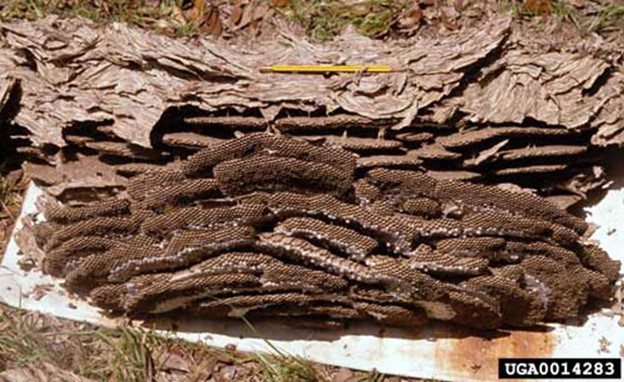 Yellowjacket colonies are started in the spring by a single queen that mated in the fall and overwintered.  Yellowjacket nests consist of a series of horizontal combs that may be above ground, underground, or both.  The queen builds the initial nest and forages for food on her own.  Her offspring then assume all jobs except for laying eggs.  In the fall, larger cells are built for a new batch of queens.  The new queens then emerge, mate, and seek shelter for the winter.  The old queen dies and the remaining colony breaks down.

Yellowjackets aren’t all bad, they provide a great service to our gardens and landscapes by attacking a number of insects that are pests to our crops.  However, the moral of this story is to always be aware of what is lurking under your feet and above your head.  And maybe yaupon hollies shouldn’t be messed with regardless of their native invasiveness.  Nests are less active at night, but any disturbance will trigger an attack.  However, it is best to leave nest removal to professionals.