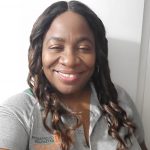 Have you ever noticed mounds of dirt popping up on your lawn, in your cattle pastures, and other places? You just might be experiencing an ant invasion. The Red Imported Fire Ant, (referred to hereafter as RIFA) came from South America in the early 1900s through the port of Mobile, Alabama. Today, they have spread across the US and have become a serious pest causing significant social, environmental, and economic impacts. RIFA mounds can be seen in well-manicured landscapes, but also can nest around tree roots and stumps, as well as under pavement, buildings, and indoor areas. Although RIFA do prey on flea larvae, chinch bugs, cockroach eggs, ticks and other pests, however the problems they create usually outweigh their benefits. 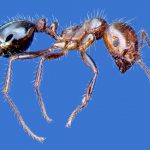 Size determines the lifespan of RIFA workers. Minor workers may live 30 to 60 days, media workers 60 to 90 days, major workers 90 to 180 days, and queens may live two to six years. Complete lifecycle from egg to adult takes between 22 and 38 days. RIFA are 1/8” to 1/4” long and reddish-brown or black in color.

RIFA usually respond rapidly and aggressively when disturbed. They clamp onto their victims with powerful jaws and sting repeatedly while injecting painful venom. The stings cause a burning sensation and itching blisters that can become infected. Although very uncommon, in severe cases, the stings can produce shock or cause death.

Where one can find RIFA 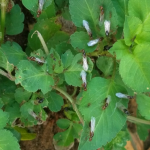 Two approaches can be taken to effectively manage RIFA.

Mound Drenches. Large volumes of liquid toxic to ants are poured over a mound. Liquids can range from using several gallons of hot water to insecticides mixed with several gallons of water. This method may not reach the queen, therefore, not preventing colony elimination.

Surface Dusts. Similar to mound drenches, a dust or granular insecticide is applied over the top of the mound and then watered into the soil.

Mound Injections. The use of insecticides that may be pressurized and injected into a mound. Often this method is more expensive, but more effective, than mound drenches; however, more time may be required for this method.

Baits. Baits can be used for both individual mound and broadcast applications. A small amount of the bait is sprinkled around the mound and the ants then forage and bring the bait back to the colony to feed on. This method is slower acting, but more effective than drenching, dusting, or fumigating a mound because the workers will feed the bait to the queen and brood, thus gaining effective control of the colony.

Mechanical Control. Certain mechanical and electrical devices are on the market for controlling fire ants, but the efficacy has not been documented.

Home Remedies. Many homeowners will choose to pour boiling water or ignite flammable liquids over a mound. While these methods may bring about control, they are not recommended because they are both very dangerous, not only to humans, but also to the environment. Several other myths often circulate by the media or by way of word of mouth, often times these methods are anecdotal.

Currently, there are only a few products available for broadcast treatment of large areas. These products are either granular insecticides or baits composed of soybean oil and toxicant on a corn grit carrier. These granules are broadcast over a large area and are carried to the colony and fed to nestmates and the queen. This is a very effective application but does present problems because (1) ants may not find it, (2) do not feed upon the bait, and (3) some baits are light sensitive (as with hydramethylnon) and may inactivate before discovery by the ants. Reinfestation of any treated area, whether by broadcast treatment or individual mound treatment may occur.

As a result, other methods such as Biological Control is widely used to mitigate control of the RIFA.