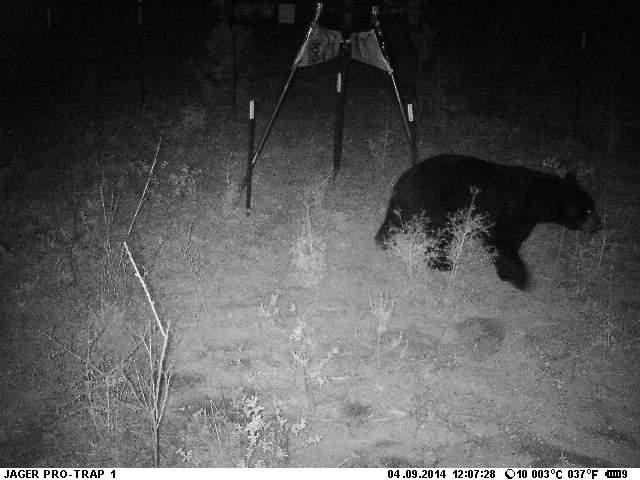 Florida Black Bear are the largest land mammals in the state of Florida. At birth they are smaller than a soda can but they quickly grow up to 250-400 pounds for males and 125-250 pounds for females. Even though black bears are large animals, they are not fierce killers nor are they cute and cuddly. Bears are like most other wildlife; if you don’t bother them, they won’t bother you. 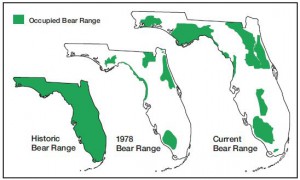 As urban areas have expanded into bear habitat, the number of bear/human interactions has increased. Bears are omnivorous with 80% of their diet coming from plants. Bears are fairly intelligent creatures that forage for easy food sources. Urban areas tend to attract nearby bears with food sources such as garbage containers, pet food dishes, and bird feeders. Bears become accustom to food sources near humans and lose some fear of humans and may even bluff charge humans to defend their food source. The best way to prevent this is to remove food sources.

It is illegal to feed bears in Florida (Florida Administrative Code 68A-4.001(3)). In addition to being illegal, it isn’t smart. Feeding bears intentionally or unintentionally increases the likelihood of human injury, property damage and bear injury or death.

So what do you do if you encounter a bear?

For more information on Florida Black Bears, you can visit MyFWC at http://myfwc.com/wildlifehabitats/managed/bear