Many may not know that one of the reasons the Spanish selected Pensacola as the site of for their first settlement in the Gulf of Mexico was the deep water port. As mentioned in the first issue in this series, the estuaries of the Gulf of Mexico are drowned river valleys and are typically very wide and very shallow; ranging from 10-12 feet. Pensacola was different – the average depth was close to 30 feet. The Spanish immediately saw the advantage of this – being able to harbor their entire fleet within the bay and be protected from hurricanes; which of course did not work out for Don Tristian de Luna… but the deep water port was still a draw. 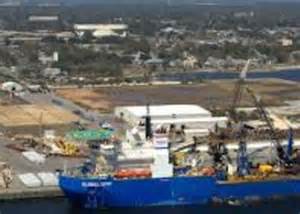 Port of Pensacola. one of the oldest on the Gulf Coast.
Photo: University of West Florida

William Bartram was amazed at its size and depth when he visited in the late 18th century commenting that “Pensacola Bay could harbor all of the fleets of Europe”. The United States did not miss out on this fact either; John Quincy Adams ordered a U.S. Navy Yard to be built in Pensacola after it became an official territory – which would later be the first Naval Air Station as well.

With the development of dredging technology some of the other estuaries within the Gulf became targets for port activity. The Port of Tampa, Port of Panama City, Port of Mobile, Port of Biloxi, Port of New Orleans, and one of the busiest ports in the country – the Port of Houston all grew and prospered. 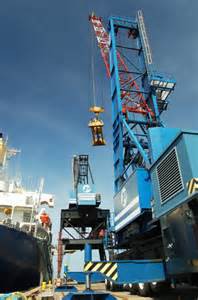 What do these ports mean to the communities that share the bay with them? Well commerce… taxes… and jobs for starts. In 2012 a report showed that the Port of Houston provided 1,026,820 jobs, $4.5 billion in taxes, and a economic value of $178.5 billion; most in the Houston area. In addition to container ships, Houston deals with the oil industry (including refineries), asphalt and cement, storage, and ship repairs. Though the other ports may not generate such high numbers as Houston, they still generate tons of cargo movement and have economic value to the community in the billions of dollars. Many of these ports have now embraced the cruise ship industry and are looking at opening maritime history attractions to the area. 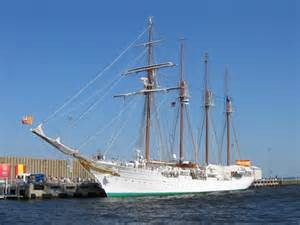 All of these ports are located in protected estuaries. Though many of them require dredging, which is certainly controversial with some, the economic benefits are an important piece to their local economies. As a kid one of my favorite activities was to visit the Port of Pensacola and try to identify the flags of all of the nations that entered. I was always amazed when the tugs pushed these “big boys” out and loved watching them quietly steam past Ft. Pickens and out to the open Gulf. I shared this experience with my son and hope to with my grandkids. I encourage to learn more about your local ports; what products they move and the economic impact to the panhandle region. Ports are special places.