Shark Week is over… so what do we know about shark attack?

Yep, each year cable TV broadcast their classic summer series SHARK WEEK. Actually there are several shark series running now.  It all began with Jaws in the early ‘70’s and ever since Americans have been enthralled with programs on these animals. 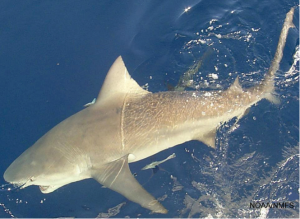 We have learned a lot about sharks over the years, and have a better understanding of their behaviors. As fascinating as that information is, it is still the cause of attack that interest most people.  There is a great fear of these animals, despite the statistics that say the risk of attack is very low.  Millions will watch Shark Week with wonder and awe… and will be a little reluctant to enter the water afterwards.  Of course the attacks that occurred on the Carolina’s last summer has some on edge.

So what is the actual risk? In the June edition of Smithsonian magazine there is an article that discusses the possibility of actually eliminating mosquitoes from our environment – that’s another story – but in the article they quote some statistics from the National Institute of Health.  They mention the number of humans who die from mosquito bites each year.  According to this data 725,000 humans die each year, worldwide, from diseases transmitted from mosquito bites.  Between 20,000 and 200,000 from parasites transmitted by snails.  Between 55,000 and 60,000 rabies transmitted from dogs.  And for shark attacks… 6.  Annually 6 people die each year from shark attacks.  Think about that… the number of humans who swim in the world’s oceans each year… approximately 50 will be attacked and 6 will die.  It is fair to say that the risk is very low.

Dr. George Burgess, Florida Museum of Natural History, is the “keeper” of the International Shark Attack File. This database houses all the unprovoked shark attacks that occur worldwide.  By definition an unprovoked attack must (1) occur in its natural environment – no bites in aquariums will count, (2) the individual did not grab or poke at the shark.  Biting the boat is not considered an attack under their definition either.  Based on this, 2015 was a record year.  164 attacks were reported worldwide, 98 of these were logged as unprovoked.  This broke the 2000 record of 88 however only 6.1% of the 2015 attacks were fatal – compared to 11% in 2000.  Dr. Burgess stresses this point.  What we are seeing is an increase number of swimmers in the oceans each year.  It is only natural that the number of attacks would go up.  Even though the number of attacks are increasing the number of people entering the water is increasing at a greater rate – the actual rate of attacks/human in the water is decreasing, and has been for over a decade now.  Another factor in the increase number of attacks is the University’s improved method of collecting data.  Originally it was by word of mouth and phone calls.  Today with go-pros, cell phones, and the internet, they are logging attacks that were missed in previous years.

Why are fatalities so low?

Dr. Burgess points to better safety procedures and first aid, particularly in the U.S. 59 of the 98 shark attacks logged last year were in the United States.  Six of these were fatal (1.7%) which is much lower than the rest of the world (12.8%).  Dr. Burgess states that our safety and first aid programs are responsible for this.  Florida ranks number one among states with 30 attacks.  This probably does not make the visitor to our area feel good, but most of these were in Volusia and Brevard counties.  There were no attacks in the Florida panhandle in 2015.  Of those attacked, 49% were surfing, 42% were swimming, 9% snorkeling, and no attacks occurred for SCUBA divers. 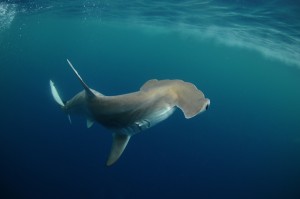 Many of these statistics still make folks nervous but when compared to parasites and motorcycle accidents, the risk is very low. Sharks are actually fascinating creatures which provide ecological services to our system – such as culling sick and diseased snapper, creating a stronger healthy snapper population.  The majority of the programs shown during Shark Week will not discuss these characteristics of the creature but focus on attack stories.  Well… enjoy the shows but remember that, though shark attacks do occur, and they can be horrific, they are very rare and should not keep you from enjoying our Gulf.