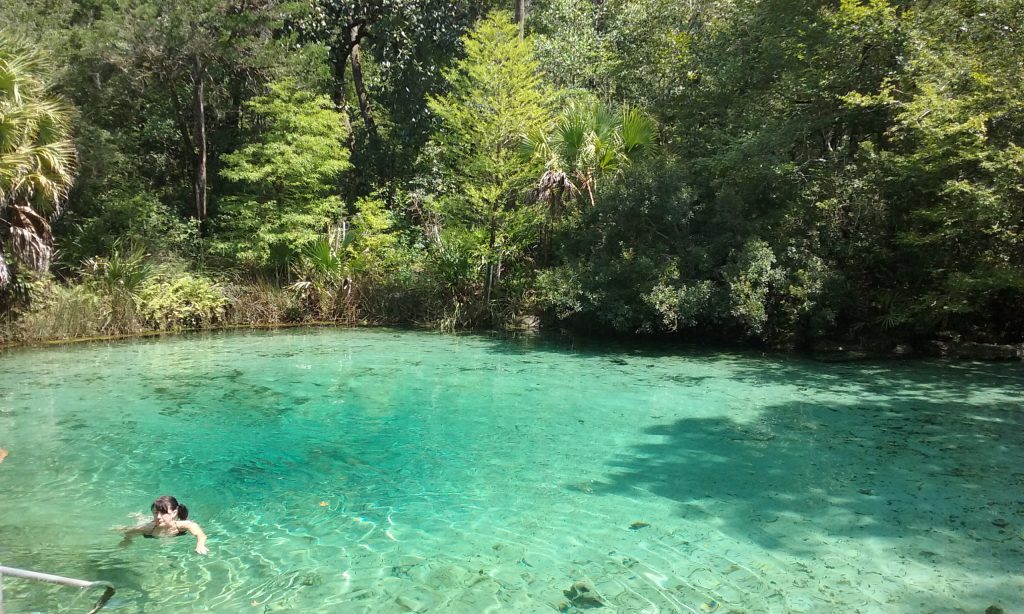 Pitt Spring in the Florida Panhandle is one of more than 1,000 freshwater springs in the state. Springs serve as ‘windows’ to groundwater quality, since the water that flows from them comes largely from the Upper Floridan Aquifer. Photo: A. Albertin

As Florida residents, we are so fortunate to have the Floridan Aquifer lying below us, one of the most productive aquifer systems in the world. The aquifer underlies an area of about 100,000 square miles that includes all of Florida and extends into parts of Alabama, Georgia and South Carolina, as well as parts of the Atlantic Ocean and the Gulf of Mexico (Figure 1). The Floridan Aquifer consists of the Upper and Lower Floridan Aquifer. 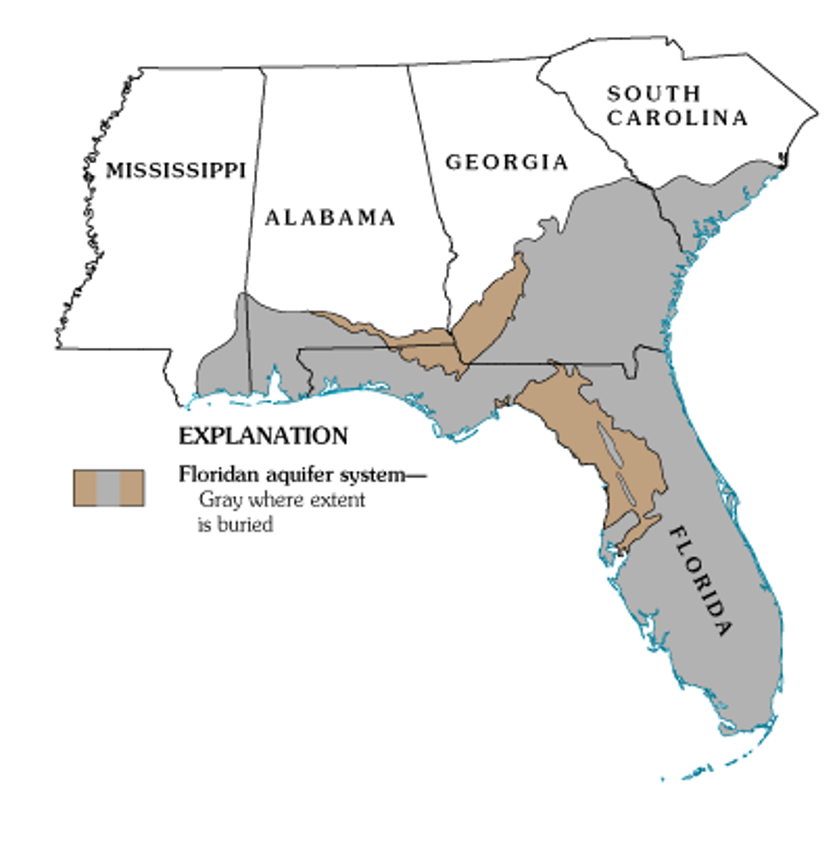 Aquifers are immense underground zones of permeable rocks, rock fractures and unconsolidated (or loose) material, like sand, silt and clay that hold water and allow water to move through them. Both fresh and saltwater fill the pores, fissures and conduits of the Floridan Aquifer. Saltwater, which is more dense than freshwater, is found in all areas of the deeper aquifer below the freshwater.

There are actually several major aquifer systems in Florida that lie on top of the Floridan Aquifer and are important sources of groundwater to local areas (Figure 2):

All of the aquifer systems in Florida are recharged by rainfall.  In general, freshwater from deeper portions of the aquifer tends to have better water quality than surficial systems, since it is less susceptible to pollution from land surfaces. But, in areas where groundwater is excessively pumped or wells are drilled too deeply, saltwater intrusion occurs. This is where the underlying, denser saltwater replaces the pumped freshwater. Florida’s highly populated coastal areas are particularly susceptible to saltwater intrusion, and this is one of the main reasons that water conservation is a major priority in Florida.

More information about the Floridan Aquifer System and overlying aquifers can be found at the Florida Department of Environmental Protection (https://fldep.dep.state.fl.us/swapp/Aquifer.asp#P4) and in the UF EDIS Publication ‘Florida’s Water Reosurces’ by T. Borisova and T. Wade (https://edis.ifas.ufl.edu/fe757). 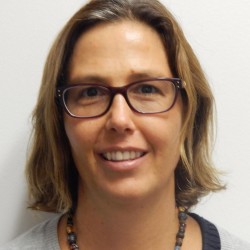