In recent years this question has come up more often.  With the thousands of different invasive species taking over the landscape and waterways why are we spending so much time, money, and resources battling them when you are not going to win?  It’s a fair question honestly and one that is the theme of the 2016 book The New Wild by science writer Fred Pearce. 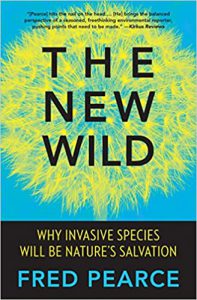 The argument that Pearce makes is that life on our planet has worked under the premise that the stronger survive and pass on their genes to the next generation since the beginning of time.  They compete with other species for space and resources and those best adapted will win out.  If these invasive species are winning out, that is how nature intended it to be and that we should get use to the “new wild”.

Under this thought the forest of the southeastern United States would hold more Chinese tallow and cogongrass than it once did, and the reefs of the Gulf of Mexico would be home to a new species called the lionfish.  Again, the thought makes sense and indirectly may be growing.

I say that because there are many who cannot euthanize an animal, no matter who it is or where it came from.  There is a growing call to not euthanize them because it is wrong, and even some cases with green iguanas where rescues, and releases, from the cold are now occurring.  There are some who found economic ways to benefit from some invasive species, lionfish dinners and Chinese tallow honey, and do not necessarily want to remove them.  So, maybe these nonnative species are not all that bad.

So, why should we be concerned about them?

Why should spend the time, money, and effort to manage them (euthanizing when needed)?

Well, by using the definition accepted by the University of Florida IFAS Extension, they are bad.  This definition states (1) invasive species are non-native to the area, (2) they arrived via humans (whether intentional or accidental), and (3) they are causing an economic and/or environmental problem.  Lowering your quality of life has also been connected to a “problem”.  And if it is truly a problem, and it should be to have the name invasive attached, then it needs to be managed.  If they are not really causing a problem, then maybe they are not really invasive.

With invasive species we typically see a nonnative who moves into a disturbed part of the environment.  Being nonnative, they have few natural predators, and their reproductive dispersal of the landscape is quick and effective.  They have mentioned that the dispersal rate of the lionfish was one of the greatest “invasions” ever seen.  This increase in their population decreases the populations of native species and, in many cases, the overall biodiversity of the system.  Biologists and naturalists understand the importance of biodiversity in maintaining a healthy ecosystem.  Monocultures of any species, even in agriculture, and be dangerous when a pathogen comes along.  This pathogen could wipe out the entire ecosystem.  I have heard this argument before.  Most of the Everglades is sawgrass, sawgrass is grass, which provides food and oxygen for the rest of the system.  If herbivores only need plants to survive, and they provide food for the carnivores, does it really matter which grass it is?  Grass is grass. 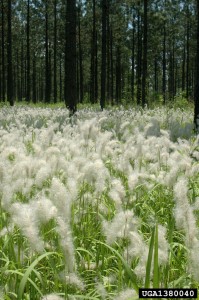 However, if this grass species does become threatened by a pathogen, or the herbivores do not eat such grass, then we DO have a problem.  The invasion of cogongrass is a good example of this.  With the serrated blades and layers of silica within, few herbivores seek this plant out.  If cogongrass is allowed to take over forest and farmland, there is certainly a problem, and this plant would need management. 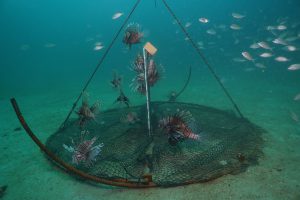 Lionfish is no different.  There are some reefs in the northern Gulf of Mexico that have had densities of 200 lionfish/hectare or more.  Some photos show only lionfish.  Studies show they are like bullfrogs, consuming anything they can get into their mouths.  There are at least 70 different species of small reef fishes that have been found in the stomachs of lionfish.  The decrease of these small fish can impact the presence of larger, commercially sought-after species.  They have also found that many of these small reef fish control algae growth on coral reefs and their decline can increase algae populations and the smothering of the coral themselves.  They are indeed a problem.

We could go on and on with examples of how these species are problematic.  Pythons, tegus, and Old-World Climbing Fern.  There are those who cause problems in small quite ways such as the crazy ants, Cuban treefrogs, and the red fire ant.

Even Pearce mentions in his book that some species need management.  The argument that you are not going to win is true for some species.  We are not going to eradicate Chinese tallow, cogongrass, and lionfish from Florida.  However, we should be concerned about them.  We should manage the locations where they currently exist and prevent the spread to new locations.  In our next edition, we will discuss “how they get here” to help reduce the spread of current invasive species, and the introduction of new ones, from happening.