To understand better what this is you can look at the graphic below of the “invasive species curve”. 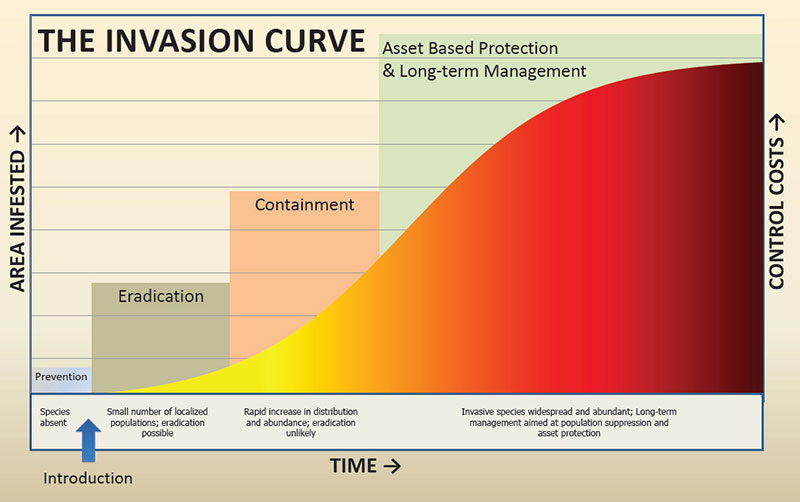 You will notice that across the x-axis is time, increasing from left to right.  On the y-axis you have area covered on the left and control costs on the right.  You will notice the longer you allow an invasive species to go unchecked in your community, the more it will spread, the more it will cost to manage, and you will reach a point where eradication is no longer an option.  As a matter of fact, if you are serious about eradication, you will need to manage this species in the early stages of the invasion.

We have mentioned in previous articles the cost of managing invasive species.  Annually, the U.S. spends about $120 billion doing this.  If you want to reduce these costs, and avoid the problems these species bring with them, you need to identify and remove them from the landscape early in the invasion. 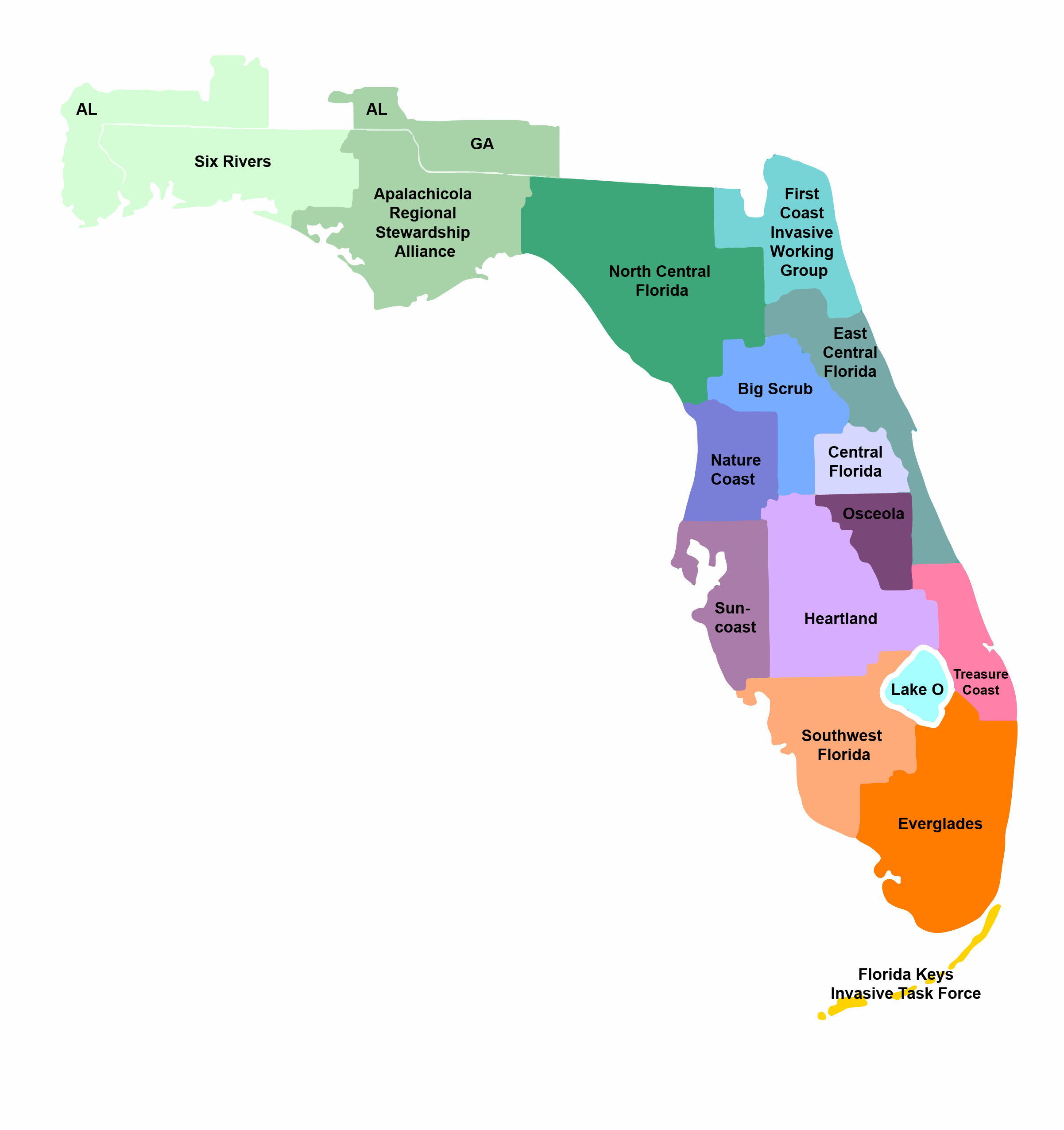 Early Detection Rapid Response (EDRR) species are those that are not present in your community but are in nearby ones or are in your community but in very low numbers.  You will see step 1 in the curve is to prevent the species from reaching you.  The state of Florida is divided into 15 Cooperative Invasive Species Management Areas (CISMAs) where professionals within manage and educate the public about invasive species.  One method of detecting a potential EDRR species is to see what nearby CISMAs are dealing with.  You can find records of these species by searching EDDMapS, a national invasive species database (www.EDDMapS.org).  Often the records are under reported and the actual number within/near your CISMA is higher.  At that point you can educate your community about them and possibly prevent them from entering your CISMA.  Likewise, if they are already within your CISMA in low numbers, it would be considered an EDRR species and action should be taken now. 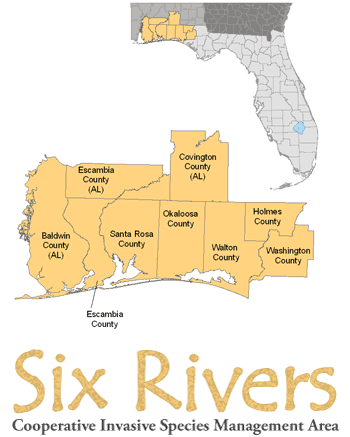 Here in the western panhandle, we belong to the Six Rivers CISMA, which includes three counties in Alabama.  During the shutdown of the pandemic, we were able to update our EDRR list and are currently developing fact sheets for each.  Here is our EDRR list – it is in no particular order.

These are the EDRR species for our area.  As mentioned, they are under reported and help is needed to improve this.  Help is also needed in preventing the spread of them.  Cleaning equipment, like tractors, ATVS, and boats before moving is a good start.  Being mindful of what you purchase at the store, and what may be “hitchhiking” on it is another good practice to help.  And, if you do find on your property, reporting and removing it will also help.

If you have questions about identification and safe methods of removal, contact your county extension office.  Tomorrow we will look at the “Dirty Dozen” invasive species for the Florida panhandle.