All of Florida’s ecosystems contain pine trees. There are seven native species in the state; Sand, Slash, Spruce, Shortleaf, Loblolly, Longleaf, and Pond. Each species grows best in its particular environment. Pines are highly important to wildlife habitats as food and shelter. Several species are equally valuable to Florida’s economy. Slash, Loblolly, and Longleaf are cultivated and managed to provide useful products such as paper, industrial chemicals, and lumber. All pines are evergreens, meaning they keep foliage year-round. The leaves emerge from the axil of each scale leaf into long slender needles clustered together in bundles. Needles are produced at the growing tips of each branch and remain on the tree for several years before turning reddish-brown and falling off. The bundles are referred to as “fascicles”. The length and number of needles in each fascicle is one way to help identify the different pine species.

A handy rule of thumb is that pines starting with “S” have needles in twos, while pines starting with “L” have needles in threes. And slash pine, which starts with “SL” has needles in twos and threes. The pond pine is also a three-needled fascicle. Pay attention to their length and the number that are held in a fascicle. Because the numbers per fascicle may vary, be sure to check several fascicles to get an overall sense for the plant! Longleaf has the longest needle, measuring over 10 inches. While sand pine has the shortest needles at around 2 inches in length. Pine cones are also a means for identification. Typically the longer the needle, the bigger the cone. But, they also vary in attachment and “spinyness’. Cone of Loblolly Pine, attached directly to the stem

The outer (dorsal) surface of each seed cone scale has a diamond-shaped bulge, or “umbo,” formed by the first year’s growth. The umbo may or may not be armored with a “prickle,” a sharp point but not quite a spine or thorn, at the tip. As the seed cone continues to grow and expand, the exposed area at the end of each scale grows as well. The larger diamond-shaped area around the umbo, formed in the second year of growth, is called the “apophysis.” The shapes of the prickle, umbo, and apophysis can be helpful in identification. The male and female cones are separate structures, but both are present on the same plant. Pollen is produced by male cones and is carried by the wind to female cones where it fertilizes the ovules. Seeds develop and mature inside the female cones (also called the seed cones) for two years, protected by a series of tightly overlapping woody scales. Some pines open their seed cones after two years to release the seeds, while other pines continue to keep their cones tightly closed past maturity and release seeds in response to the heat of a forest fire.

To learn more about Florida’s pines and helpful hint on identification go to: 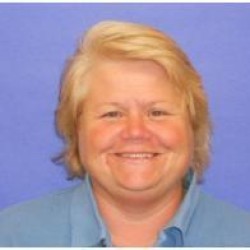