Matt has served as a Horticulture Agent with the University of Florida/IFAS Extension for the past 10 years.  He began his career in Seminole County, FL as a multi-county agent focusing on vegetable crops and landscape installation and maintenance.  Being an Alabama native, Matt was ready to relocate closer to home.  After 5 years in Central Florida, he moved to Jackson County to become the Horticulture Agent.  In Jackson County he mainly focused on fruit and vegetable crops and coordinated Master Gardeners.  Matt became the Commercial Horticulture Agent in Santa Rosa County in the spring of 2018 and plans to be there for a long time. 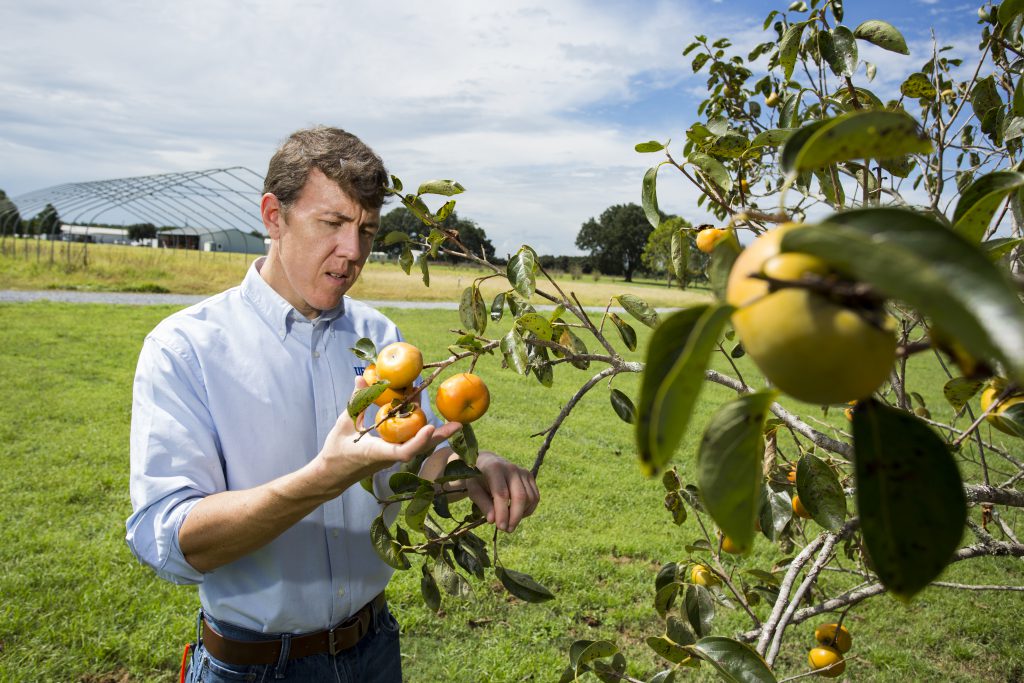 Inspecting persimmons at the West Florida Research and Education Center in Jay, FL.

Matt received his B.S. and M.S. degrees in Horticulture from Auburn University.  He became interested in horticulture in college and thought he would become a landscaper after college.  However, upon completion of his undergraduate degree, he decided to continue his education and work on a masters degree and conduct research on vegetable crops.  Matt’s major professor, Dr. Wheeler Foshee, had an extension appointment and instilled in Matt the value of helping others.  Matt says the most rewarding part of his job is the opportunity to build relationships with farmers, peers, and researchers.

In his free time, Matt enjoys spending time with his wife and two children, woodworking, and, of course, gardening.  He and his family enjoy exploring nature and playing board and card games together.  Matt also enjoys reading nonfiction political and war history books.