Should Pepper Seeds Be Saved?

There seems to be a lot of interest in being sustainable and saving seeds is one way to be food sustainable.  Should you save seeds from your garden?  When it comes to peppers and a number of other vegetables in your garden…it depends. 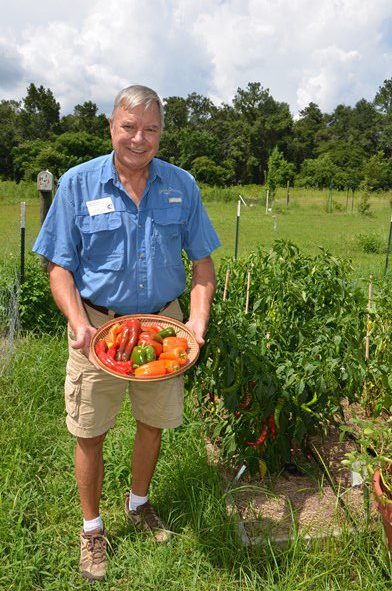 Wakulla Master Gardener Bill Osborne shows off some of the peppers he grew.

If you plan to save seed from your peppers, you first need to determine whether you planted open pollinated or hybrid peppers.  Hybrid varieties are produced from two distinct pepper varieties and are often designated by “F1” appearing after the variety name.  The seed from hybrid varieties is not usually saved because it does not produce plants and fruit that are true to the original variety.  Open-pollinated varieties are developed from inbreeding plants for multiple generations to develop a stable genetic make-up.  Seeds saved from these varieties will produce plants and fruit that are true to type.

How to Save Seed

To save seed of a known variety, it is important to isolate flowers or plants to ensure cross pollination from other varieties does not occur.  There are four common ways to isolate flower/plants.

The options above will help ensure your plants produce seed true to type.  A fun experiment would be to save seed from plants/fruit that are not isolated and planted near other pepper varieties.  There are endless possibilities on the peppers your new varieties would produce and you may end up developing your own named cultivar.  You could also choose one of the isolation techniques listed to selectively cross different pepper plants.  One misconception about growing peppers is that hot peppers planted near sweet peppers will influence the flavor of the sweet peppers.  As you may have gathered from the information about crossing varieties, the flavor of the next generation will be influenced by hot and sweet pepper being allowed to cross pollinate. 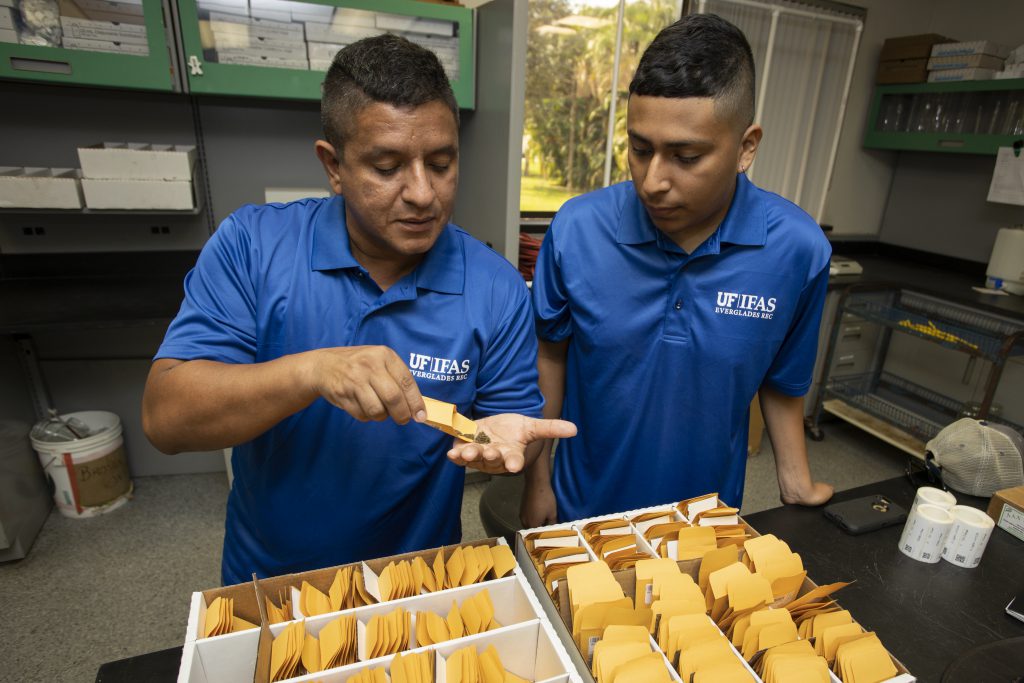 German Sandoya (left) examining seed samples in a lab at the Everglades Research and Education Center. Photo University of Florida/IFAS

Peppers should be allowed to mature before seed is harvested.  In fact, germination rates are higher when peppers are allowed to dry for at least one month before seeds are harvested.  Make sure that no mold or disease is on the peppers, because this could affect germination rates.  To harvest the seeds, simply remove them from the pepper and remove any flesh from the pepper.  If the seed was harvested from fresh peppers, rinse the seed thoroughly and allow to dry before placing in a sealable bag or container.  If the peppers were allowed to dry before seed harvest, then the rinse step can probably be skipped.  Store the seed in a cool, dark, and dry location such as a refrigerator.