What is taking over my dwelling?

The Multicolored Asian lady beetle (Harmonia axyridis) was introduced from Asia and intentionally and quickly established itself over the entire United States.

The Multicolored Asian Lady Beetle (MALB) adults can be distinguished from other lady beetle species by a pair of white, oval markings behind the head that form a black M-shaped pattern.  Most adults have nineteen black spots on their forewings, but variability is common and spots may be missing. Adult MALBs consist of several color patterns (morphs), varying from solid orange to red with black spots.

This species is often mistaken for the seven spotted lady beetle (Coccinella septempunctata), which was introduced from Europe. Both species are usually found feeding on the same insect host and plants.

Both species tend to overwinter in large numbers. However, the Seven Spotted Lady Beetle overwinters under rocks, abandoned shrubs and forest edges. In contrast, the MALB is attracted to light and often aggregate and overwinter in dwellings, entering through cracks or crevices.

Due to the onset of winter and scarcity of food, MALB is more noticeable November to January in north Florida. As a result, they are a nuisance during the flight period, aggregating in walls and other parts of dwellings.

Once they enter your dwelling and experience warmth, they fly around and annoyance progresses. They produce a yellow, viscous, foul-smelling defensive substance when disturbed. The defensive substance usually leaves spots on furniture and the foul odor lingers in the air.

In conclusion, though a nuisance, lady beetles are considered to be valuable natural enemies and should be tolerated and conserved when possible.

Supporting information for this article can be found in the UF/IFAS EDIS publications: 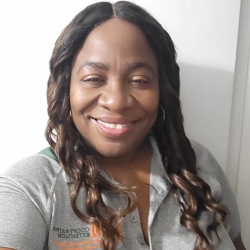