When Will the Red Tide End?

This is a question I have been asked several times in the last week. As most of you know the red tide that has been occurring off the panhandle the last few months is still around. Dead fish were reported on Pensacola Beach again the weekend of Dec 12-13 and a few people said they were having eye and throat problems. This weekend I received a call of dead fish inside the bay but the caller was not suffering from eye and throat issues. Its December… what’s going on? 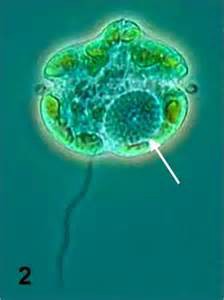 Well let’s look again at what red tide is and what facilitates the bloom. Red tide is caused by small microscopic plants called dinoflagellates. Dinoflagellates, like all plants, develop defense against herbivores that may try and feed on them. A few of these dinoflagellates release toxins when disturbed as a defense. They are in the Gulf all of the time but usually in low numbers, maybe 300 cells per liter of water, and cause no problems. But when conditions favor growth and reproduction they do just that – grow and reproduce – in great numbers, maybe 3000 cells per liter. When this happens the water actually darkens with their presence and the amount of toxin they release increases due to the increase number of cells – now marine creatures other than those that feed on them are impacted by the toxin – this is a red tide.

So, what are these conditions?

Well, like all plants dinoflagellates like sunlight, warm temperatures, and nutrients (fertilizers). So you would think that these blooms would occur when most plants grow – summer… and you would be right. There is another condition that contributes and those are currents. If currents are strong it will spread the bloom and the concentrations are spread as well, lowering the concentration per liter of water and thus reducing or diminishing the red tide.

We generally have plenty of sunshine here in the panhandle – temperatures are relatively warm, though they are warmer in south Florida – and there are nutrients. Nutrients are available naturally in the Gulf but are increased when we have a lot of rain as the runoff brings nutrients from land. But remember red tides are not always the result of human pollution – they occur naturally but can be increased or extended with excess nutrients from human runoff. The currents here along the panhandle tend to keep red tides at bay most of the time – we do not see them often here, but that is not the case with southwest Florida. In the Port Charlotte area red tides are more common part of life. It is warmer, there is more agriculture and municipal nutrients entering the Gulf, and the currents there are slower/weaker than we have here.

So what is up in the panhandle this year?

Well the sun is still shining! Feels great out there actually. The water temperatures were in the upper 60’s inside Pensacola Bay this week and that is typical, but the Gulf is still in the 70’s, and that is typical as well. What is not typical is the warmer air temperatures. This will slow the temperature drop of the Gulf and allow plants to extend their non-dormant season. H2O is a polar molecule (has an electric charge) and so the molecules are bonded together like two magnets. Because of this it takes more heat (energy) to warm the water and so area waters warm at a slower rate than the air. If the air temperatures remain warm it will be longer before the Gulf cools down. These warmer temperatures may extend the red tide a bit longer. As far as nutrients, heavy rains in October and November probably supplied more food for the plants and contributed to the beginning of the tide. Currents pushed the red tide inshore where we began to experience the eye problems and fish kills. The north winds from the recent fronts passing through may generate upwellings in the Gulf. Upwellings are currents that bring water from the ocean floor to the surface, this would bring nutrients with it. So we still have sun, warm temperatures, and nutrients – and the bloom is still with us. What will reduce the problem will be wind and currents to drive it offshore… and time – the Gulf will eventually cool and the tide will be reduced. How long is anyone’s guess.

So why is it 70 degrees in December?

That is a question for another article…

You can track red tides in the panhandle by visiting http://myfwc.com/REDTIDESTATUS