Should We Eliminate Mosquitos?

Yea… should we? Probably your next question would be – can we?

The answer is… maybe

There was an interesting article in the June edition of the Smithsonian magazine.  It discussed this question.  Science is close to being able to eliminate mosquitos… sort of… there is more to it… but it brings up an interesting question – should man be allowed to eliminate a species from history?  Some would say – “well, it’s not the first time we have done this… so why not?”.  Others would say “this is not correct… we should not be the ones to decide which species are allowed to exist and which are not.”  But there is more to the story…

There are about 3,500 species of mosquito known to science, about 100 of these are known vectors for human diseases. 725,000 human deaths are caused by mosquito borne diseases each year.  The Smithsonian article quotes other wildlife induced human deaths for comparison.  Between 20,000 and 200,000 die from parasites transmitted by freshwater snails, between 44,000 and 125,000 die from snake bite, between 55,000 and 60,000 from dog bites, and 6 from sharks (another testament that sharks are not the threat most people think they are), but almost three quarters of a million humans die each year to mosquito bites is significant… should we consider eliminating them? 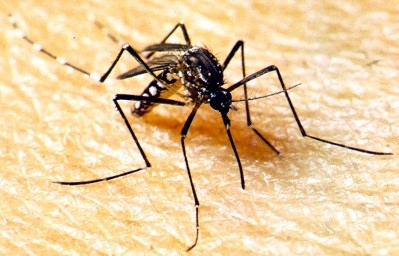 Dr. Andrea Crisanti, research scientist at Imperial College in London, has spent most of his life trying to end malaria – he would like to see it eliminated. Malaria alone killed 400,000 people in sub-Sahara Africa in 2015.  The protozoan that causes malaria is transmitted by the mosquito known as Anopheles gambiae. He, and other scientists, have developed independently – the different pieces of a method that may eliminate this species of mosquito.  It is basically a gene therapy method.  They insert a lethal gene into the DNA of the mosquito, release it into the environment, mating ensues, death occurs, species is illuminated.

This type of technology has been used to develop a variety of corn that produces its own pesticide. However, the pollination part is done within a controlled lab and the plants are planted in the fields.  This would require successful breeding within the environment… it might work.  The other issue is that this method is species specific.  Would another species adapt and begin to transmit the malaria protozoan?  And, of course, there is the question of unforeseen consequences.  Because mosquitos do not travel far from where they were born, most researchers do not think this method would eliminate a species on a global scale – but rather on a local one.  Scientists have been able to sterilize mosquitos using gamma radiation.  Reducing an entire population has had mixed results.  They are currently working on a non-radiation method for the Asian Tiger Mosquito (Aedes albopictus), one of the local vectors for Zika.

Researchers are currently targeting three species of mosquito for this project. Anopheles gambiae (the carrier of malaria), Aedes aegyptie (the carrier of yellow fever, and possibly Zika), and Culex (which carries west nile and others).  But the questions still lie out there – (1) will it work?, (2) are there other consequences?, (3) is eliminating a species ethical?

There are many scientists who think it is okay. Dr. E.O. Wilson stated Anopheles gambiae can go.  Many others are concerned about upsetting the ecology of a system by removing a food source.  Ecologists state that it could impact the balance of the tundra ecosystem, where mosquitos are a major food source for many of the local birds.  But in other locations, the mosquito predators will find other species of mosquitos (or other food in general), and that this would not impact the system.  Other scientists say no… we should not.  One mentioned he did not want to be part of eliminating a species from the planet, it is not our role.  Others are concerned with which species would be next? Where will this stop?    And there is always the chance that biological weapons can be developed with this technology.

It is an interesting question.