Herrings, Sardines, and Anchovies of the Florida Panhandle 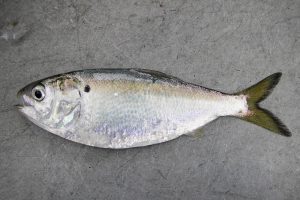 The Gulf menhaden supports a large commercial fishery in the Gulf of Mexico.
Photo: NOAA

These fishes are actually divided into two families.  The herring, sardine, and menhaden are in the Family Clupeidae and are often called “clupeids”.  This family includes 11 species in the northern Gulf of Mexico.  Most have a “hatchet” shape to their bodies – being straight along their back with a deep curve along the ventral side, and most having a forked, or lunate, tail.  They average between 2-20 inches in length and form massive schools as they travel near the surface waters filtering plankton.  They are often harvested using purse seines.  Large factory vessels will plow the waters searching for the large schools.  Often, they will use aerial assistance to search such as small airplanes or ultralights.  Once spotted, small chase boats will be launched from the factory vessel hauling the large purse seine around the school.  Once that is completed a large weight called a “tommy” is dropped that “zips” the purse shut and captures the fish.  There is little bycatch in this method. 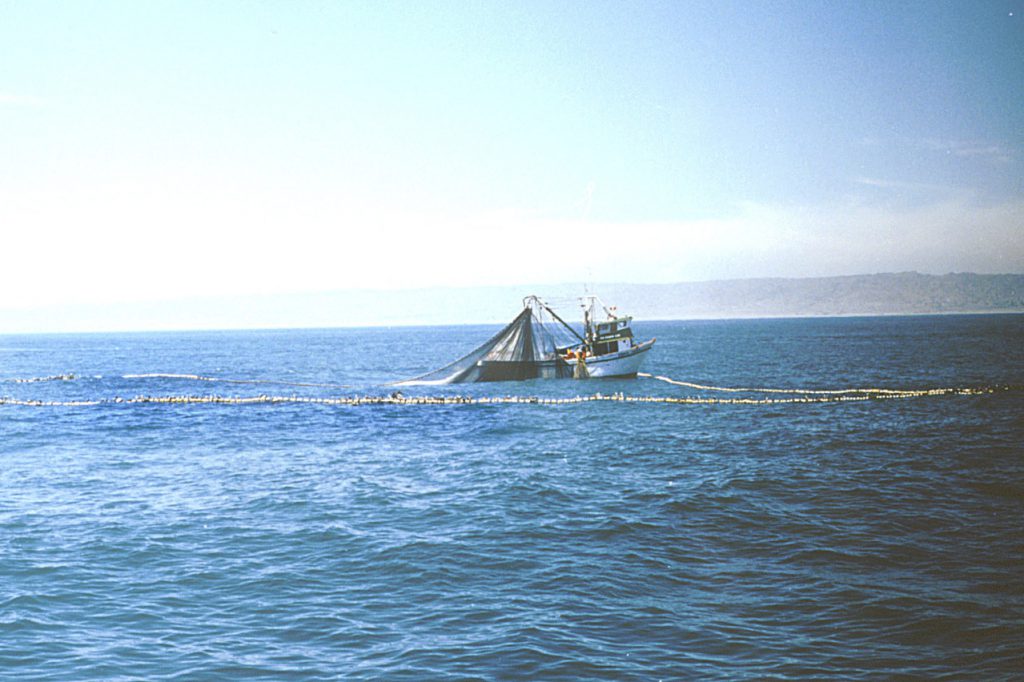 The anchovies are found in the family Engraulidae.  They differ in that they are more streamlined in shape and their mouths are larger / body size than the clupeids.  Though there is no commercial fishery for them in Florida, they comprise one of the largest groups of schooling fish in the northern Gulf of Mexico.  Hoese and Moore mention that the local species are too small for a fishery.  The five native species average between 2.5-5.5 inches in length1.  Some marine biologists consider anchovies as an “environmental canary”, or indicator species.  Their presence can suggest good water quality.  I have often caught them in seines along the beach in the Pensacola area.  They resemble the very common silverside minnow in that they have a silver stripe running down their sides.  But they differ in that they (a) only have a single dorsal fin (silversides have two), and (b) their snouts extend to a point resembling the head of a shark.

This striped anchovy resembles a silver side but differs with the shape of its snout and the number of dorsal fins.
Photo: NOAA

The distribution and biogeography of this group of fishes is all over the place.  The round herring (Etrumeus teres) has few barriers and is found from the Bay of Fundy (at the Canadian/Maine border) to the Pacific Ocean1!  A few species have the classic “Carolina” distribution – meaning they are found from North Carolina south, the entire Gulf of Mexico, and down to Brazil.  For whatever reason (currents, water temperature, other) they do not venture north of the Carolinas and are probably impacted by the large amount of freshwater entering the Atlantic Ocean near the Amazon River. 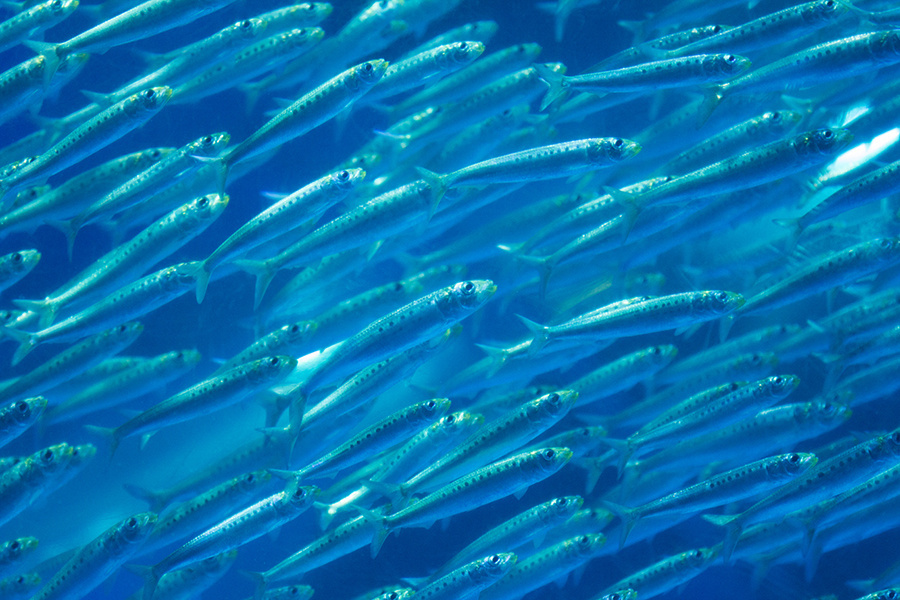 Clupeids, like this Pacific sardine, for m large schools can consist of literally millions of fish.
Photo: NOAA

And finally, there is a spatial distribution with some species between freshwater, estuaries, and the open shelf.  Two species, the threadfin shad (Dorosoma petenense) and the gizzard shad (Dorosoma cepedianum) are more associated with freshwater.  The scaled sardine (Harengula pensacolae) is more common on the open shelf of the Gulf.

We all know the names of these fish but are unaware of their general biology and importance to commercial fisheries around the world.  Many are common in our estuaries and play an important role in the health of the overall ecology.  They are important members of the “panhandle fish family”.