Many gardeners plant a spring vegetable garden with a number of different vegetable types, which is excellent because a diverse and varied garden is proven to improve soil health. Intercropping is a gardening practice of growing different crops in the same field.  When planting a mixture of crops in the same field year after year, it is important to rotate the location of each type of vegetable.  This is a practice known as crop rotation.  Intercropping and crop rotation will help reduce insect pest populations, increase beneficial insect populations, and reduce weed populations .

Including plants that pest insects don’t like to eat in a garden forces the pests work harder to find what they find palatable. Studies have found reduced whitefly numbers on squash plantings mixed with a crop of buckwheat when compared to squash planted alone.  Another crop mixture that may be unintentional, but may be favorable, is a crapemyrtle stand along a garden’s edge.  Crapemyrtles will attract the crapemyrtle aphid which will attract predatory insects. When the predatory insects run out of crapemyrtle aphids to eat, they will move to the vegetable garden and begin to hunt pest insects. 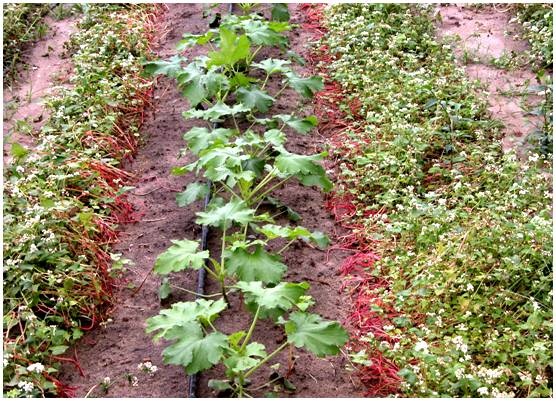 A trap crop is a plant that attracts a pest insect away from your food crops.  Trap crops work best when planted at the garden’s edge, along a fence row, or in movable containers.  A bare space, let’s say 5 feet or so, should be kept between trap crops and vegetable plantings.  This will help keep the pests from moving desirable crops plants.  When a large population of pests are found on the trap crop then it is time to spray them with insecticide, or cut the crop down and remove or destroy the debris. If trap crops are planted in containers, then it makes them much easier to remove from the garden when necessary.

Soil organic matter can be increased by the use of green manure and cover crops.  Cover crops are generally planted during the off-season, but they can be planted in between vegetable rows and tilled in at a designated time as a green manure.  Both cover crops and green manure improve garden production by: 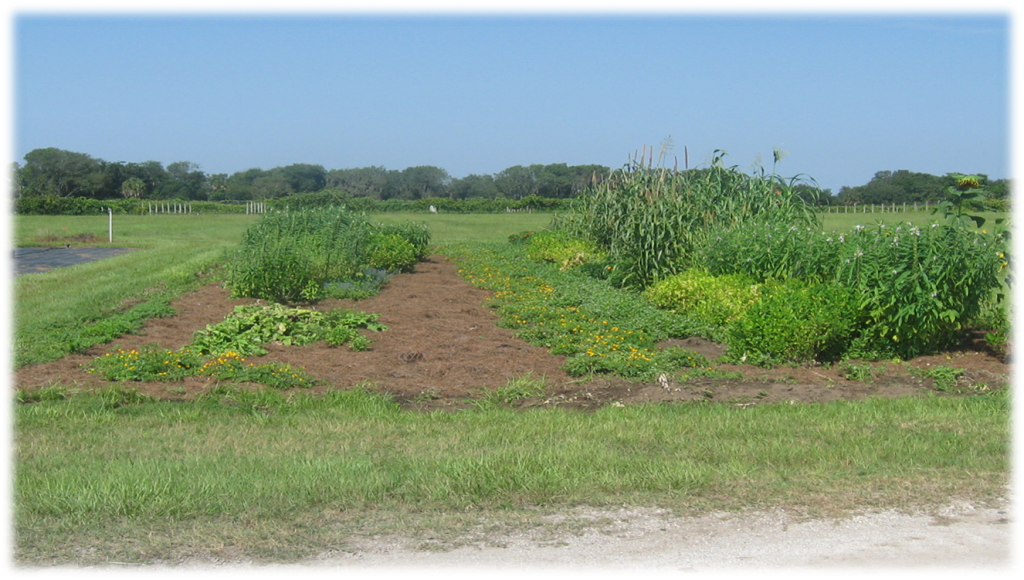 A number of different crops can serve as cover crops or green manure crops.  Most are legumes (bean family) or grasses.  A few that should be tried are:

More detailed information on cover crops and green manure can be found at this link: http://edis.ifas.ufl.edu/aa217.