Beware of Root-Knot Nematodes in Your Garden

Recently, I received a call about a garden not producing the way it used to. After speaking with the homeowner, I decided to take a visit to see what was going on. On my visit, I could see that the tomatoes were stunted, yellow and wilting, the squash plants were flowering but not setting fruit, and the okra was stunted. After digging up some of the sick plants and examining the roots, the problem was as clear as day…root-knot nematodes. 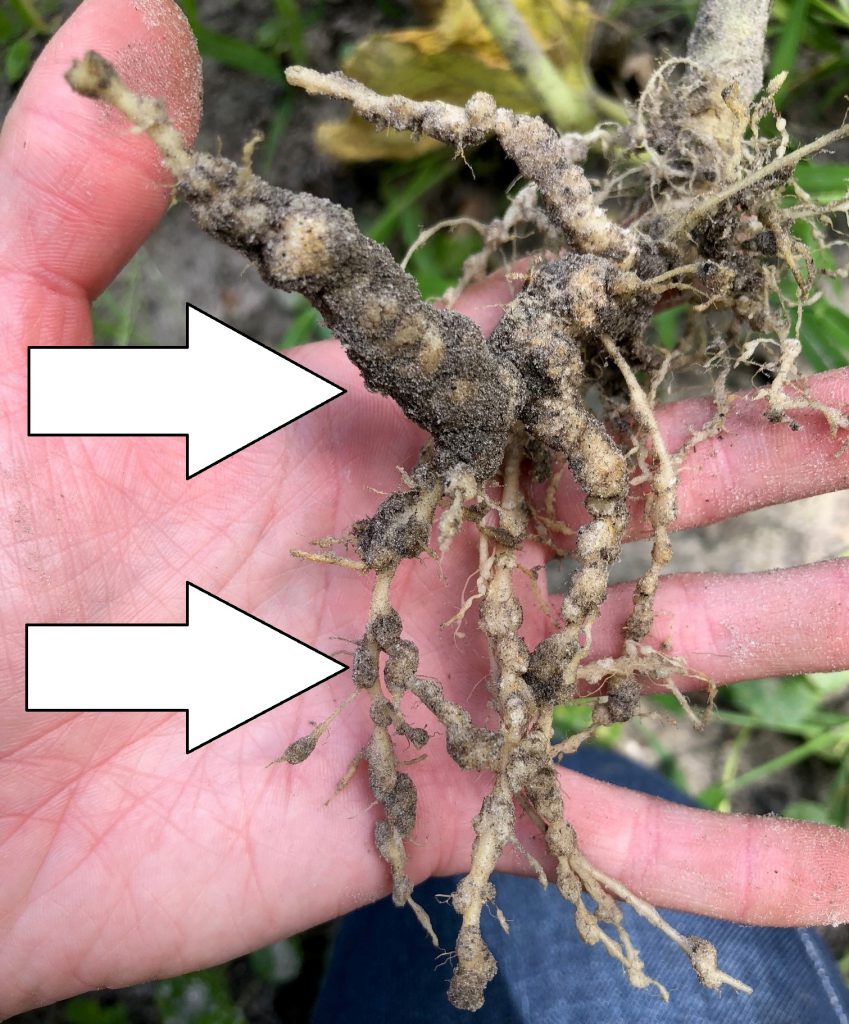 Galls on roots from root-knot nematodes

Root-knot nematodes are microscopic, unsegmented roundworms that live in the soil and feed on the roots of many common garden plants. Some of the most commonly damaged crops are tomatoes, potatoes, okra, beans, peppers, eggplants, peas, cucumbers, carrots, field peas, squash, and melons. Root-knot nematodes enter the root and feed, causing knots or galls to form. These galls are easily recognizable on the roots. If you’re inspecting the roots of beans or peas, be careful not to confuse nematode galls with the nitrogen-fixing nodules that are a normal part of the root system. As the nematodes feed, the root system of the plant becomes damaged and the plant is unable to take up water and nutrients from the soil. As a result, the plant may show symptoms of stunting, yellowing, and wilting.

What can I do about nematodes?
There are currently no nematicides labeled for use in the home garden but the best means of root-knot nematode management involves using a combination of strategies that make your garden less susceptible to attack. 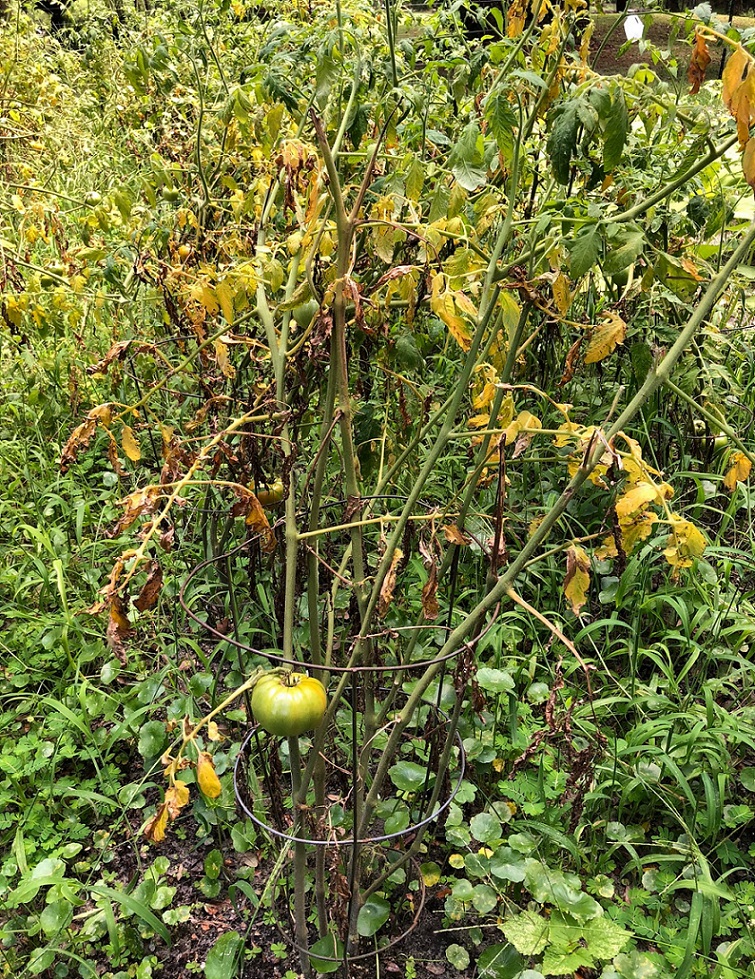 Sanitation
If you suspect you may have a nematode problem, be sure not to move soil or infected plant roots from an infected area to a clean area. Nematodes can easily be spread by garden tillers, hand tools, etc. so be sure to disinfect all equipment after use in problem areas.
Infected roots left in the soil can continue to harbor nematodes. After the crop is harvested, pull up the roots and get rid of them. Tilling the soil can kill nematodes by exposing them to sunlight.

Cover crops and Crop Rotation
Cover crops and crop rotation isn’t just a concept for farmers…gardeners need to implement the same practices! While this may take some planning, it is the most effective way to reduce pests and diseases.
Cover crops are crops that are not harvested and are typically planted between harvestable crops. They help improve soil quality, prevent soil erosion, and help control pests and diseases. Selecting cover crops that aren’t susceptible to root-knot nematode attack is key. When growing a cover crop that nematodes can’t reproduce on, populations should decline or not build up to begin with. Grain sorghum and millet can be planted as a summer cover crop and rye in the winter. French marigolds have been shown to reduce nematode populations as well.
Another simple way to manage root-knot nematodes is by crop rotation. Crop rotation is the practice of not growing crops that are susceptible to nematode attack, in the same spot for more than one year. Crops that aren’t susceptible to attack are cool season crops in the cabbage family such as broccoli, cauliflower, Brussels sprouts, collards and kale.

Root-knot nematodes can wreck havoc on a garden so it’s important to take the necessary precautions to avoid them. It may require planning and patience but it will be worth it in the long run!

Nematode Management in the Vegetable Garden