What are those scales on my palm tree?

A couple weeks ago, I was on a site visit to check out some issues on Canary Island Date Palms.  The account manager on the property requested a site visit because he thought the palms were infested with scale insects.  He noticed the issue on a number of the properties he manages and he was concerned it was an epidemic.  From a distance, lower fronds were yellowing from the outside in and the tips were necrotic.  These are signs of potassium deficiency with possible magnesium deficiency mixed in. 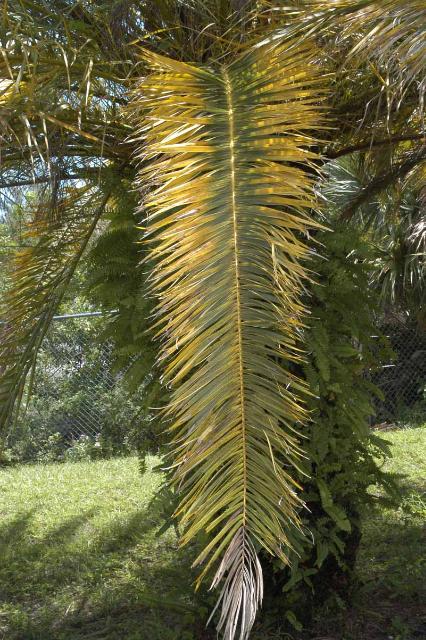 Nutrient deficiencies are slow to correct in palm trees.  It’s much easier to prevent deficiencies from occurring by using a palm fertilizer that has the analysis 8N-2P2O5-12K2O+4Mg with micronutrients.  Even if the palms are part of a landscape which includes turf and other plants that require additional nitrogen, it is best to use a palm fertilizer with the analysis previously listed over a radius at least 25 feet out from the palms.  However, poor nutrition wasn’t the only problem with these palms.

Upon closer look, the leaflets were speckled with little bumps.  Each bump had a little white tail.  These are the fruiting structures of graphiola leaf spot also known as false smut. 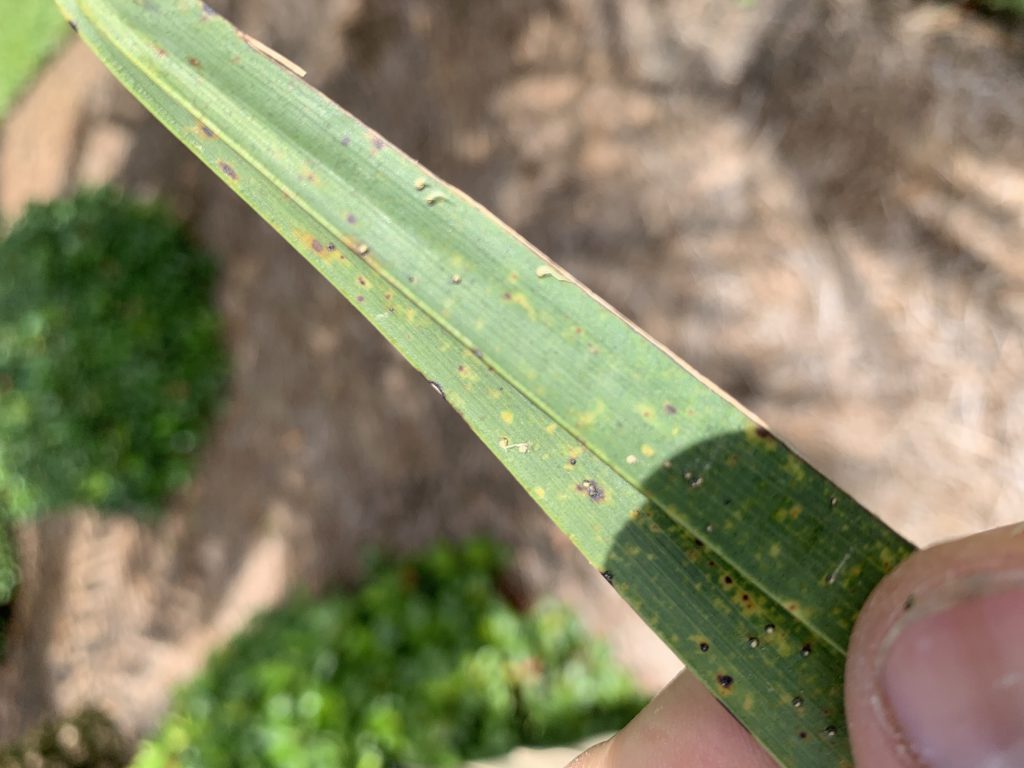 Graphiola leaf spot is a fungal leaf disease caused by Graphiola phoenicis.  Canary Island Date Palms are especially susceptible to this disease.  Graphiola leaf spot is primarily an aesthetic issue and doesn’t cause much harm to the palms infected.  In fact, the nutrient deficiencies observed in these palms are much more detrimental to their health.

Graphiola leaf spot affects the lower fronds first.  If the diseased, lower fronds are not showing signs of nutrient deficiencies then they can be pruned off and removed from the site.  All naturally fallen fronds should be removed from the site to reduce the likelihood of fungal spores being splashed onto the healthy, living fronds.  A fungicide containing copper can be applied to help prevent the spread of the disease, but it will not cure the infected fronds.  Palms can be a beautiful addition to the landscape and most diseases and abiotic disorders can be managed and prevented with proper pruning, correct fertilizer rates, and precise irrigation.