What are these bumps on my pecan trees?

I was recently sent some pictures of some unusual growths on pecan tree leaves.  At first glance, the growths reminded me of the galls caused by small wasps that lay their eggs on oak leaves.  However, after a little searching it became apparent this wasn’t the case.  These galls were caused by the feeding of an aphid-like insect known as phylloxera. 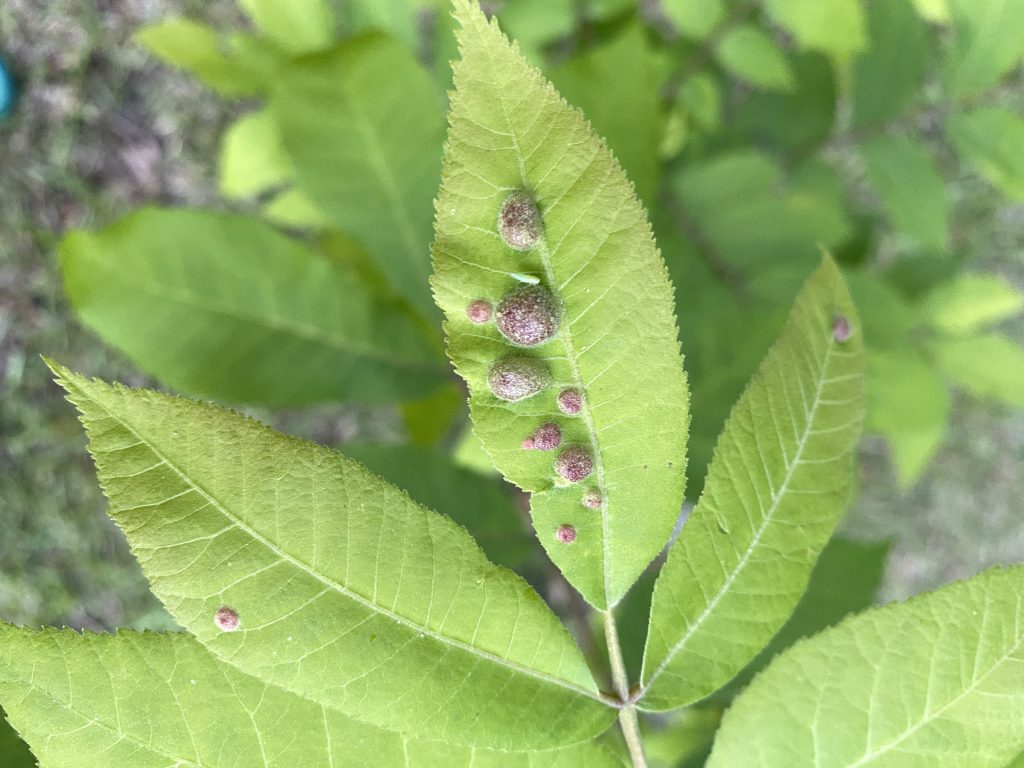 The feeding from the phylloxera causes the young leaf tissue to become distorted and form a gall that encloses this female insect called a “stem mother”.  These insects are rarely seen, but the hatch from over-wintering eggs in March/April just after budbreak.  Once hatched, these “stem mothers” crawl to the new leaves and begin feeding.  Once the gall forms, they start to lay eggs inside the gall.  The eggs hatch inside the gall and the young phylloxera begin to feed inside the gall and the gall enlarges.  The matured insects break out of the gall in May and some will crawl to new spots on the leaves to feed and produce more galls. 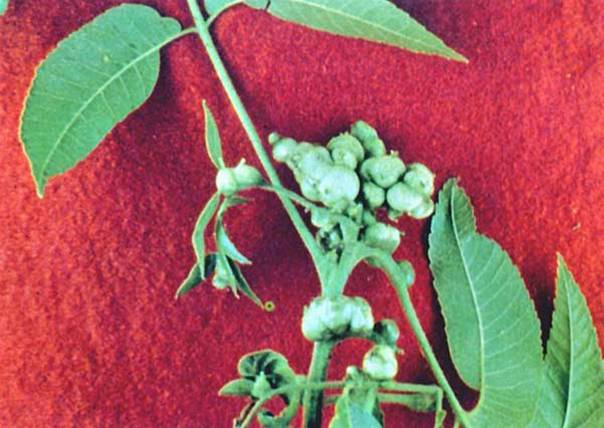 Once the damage is discovered on a tree, it is too late to control the current year’s infestation.  There are currently no effective methods for control of phylloxera in home gardens.  Soil drench applications witha product containing imidacloprid have been limited in their effectiveness.