Snook in the Florida Panhandle

Snook… Wait did you say Snook in the Florida panhandle?

Yep… they are not common, but they have seen here.

For those who do not know the fish and do not understand why seeing them is strange, this is a more tropical species associated with tarpon.  In the early years of tourism in Florida tarpon fishing was one of the main reasons people came.  Though bonefish and snook fishing were not has popular as tarpon, they were good alternatives and today snook fishing is popular in central and south Florida… but not in the north. 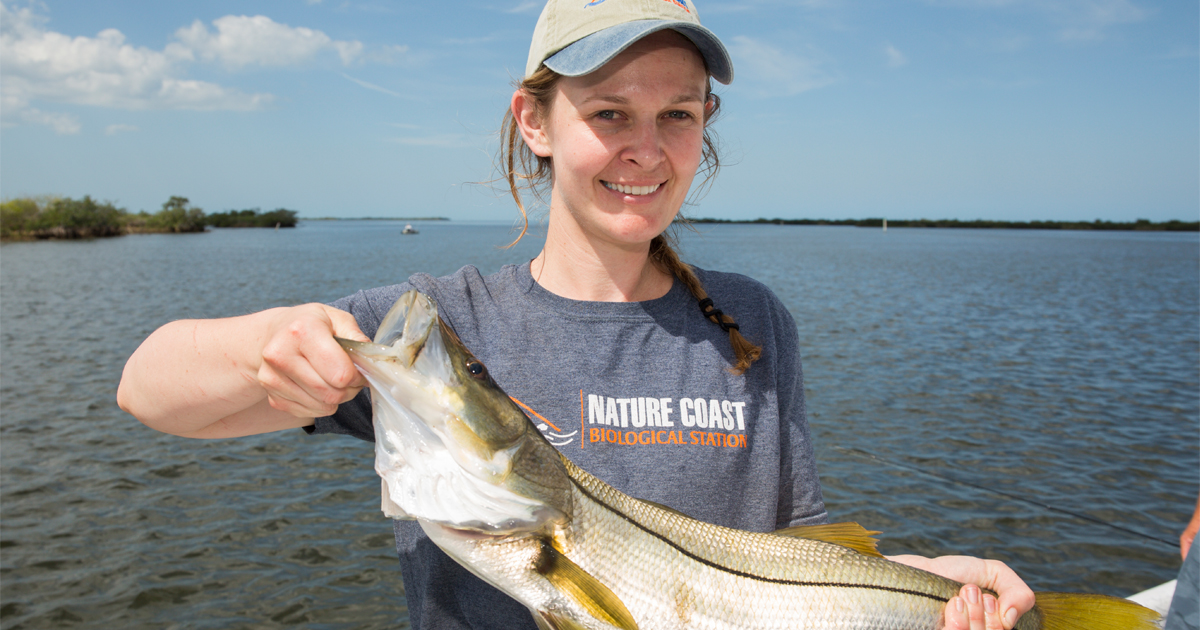 This snook was captured near Cedar Key. These tropical fish are becoming more common in the northern Gulf of Mexico.
Photo: UF IFAS

This fish is extremely sensitive to cold water, not liking anything under 60° F.  They frequent the same habitats as tarpon, mangroves and marshes.  They are euryhaline (having a wide tolerance for salinity) and can be found in freshwater rivers and springs.  Actually, near river mouths is a place they frequent.  The younger fish are more often found within the estuaries and adults have been found in the Gulf of Mexico.  Again, this is a more tropical fish with records in Florida north of Tampa being rare.  In the western Gulf the story is the same, almost all records are south of Galveston, Texas.  Until recently…

Hoese and Moore1 cite a paper by Baughman (1943) that indicated the range of the fish had actually moved further south.  One reason given was the loss of the much-needed salt marsh and mangrove habitats from human development.  But in recent years there have more reports north of Tampa.  Purtlebaugh (et al.)2 published a paper in 2020 indicating an increase in snook captured in the Cedar Key area of the Big Bend beginning in 2007.  At first records only included adults, and the thought was these were “wayward” drifters in the region.  But by 2018 they were capturing fish in all size classes and there was evidence of breeding going in the area.  The range of the fish seemed to be moving north.  The study suggests they still need warm water locations to over winter, and, like the manatees, springs seem to be working fine.  But another piece of the explanation has been the reduction of hard freezes during winter in this part of the Gulf.  Climate change may be playing a role here as well.

There seems to be other tropical species dispersing northward in a process some call “tropicalization” including the mangroves.  There have been anecdotal reports of snook near Apalachicola where mangroves are becoming more common, and I know of two that were caught in Mobile Bay.  There are mangroves growing on the Mississippi barrier islands as well.  While explaining this during a presentation I was doing for a local group, a gentleman showed me a photo of a snook on his phone.  I asked if he caught it in the Pensacola area.  He replied yes.  When I asked where, he just smiled… 😊 He was not going to share that.  Cool.

There is no evidence that snook have established breeding populations are in our waters.  Especially after this winter with multiple days with temperatures in the 30s, it is unlikely snook would be found here.  But it is still interesting, and we encourage anyone who does catch one, to report it to us.