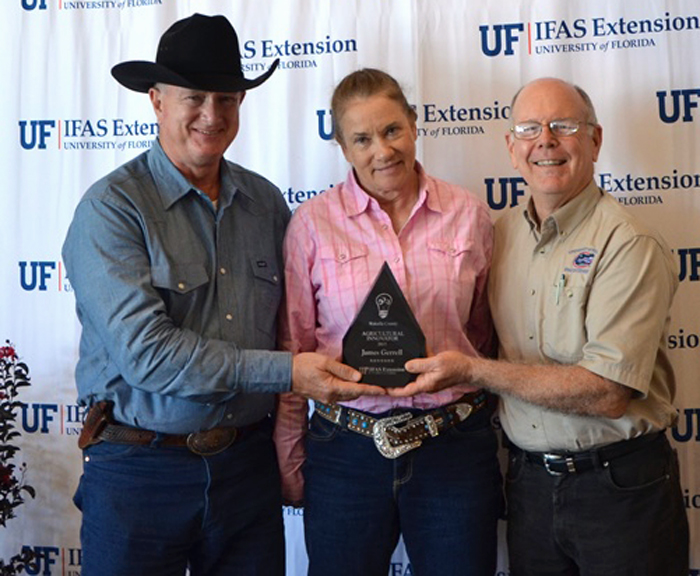 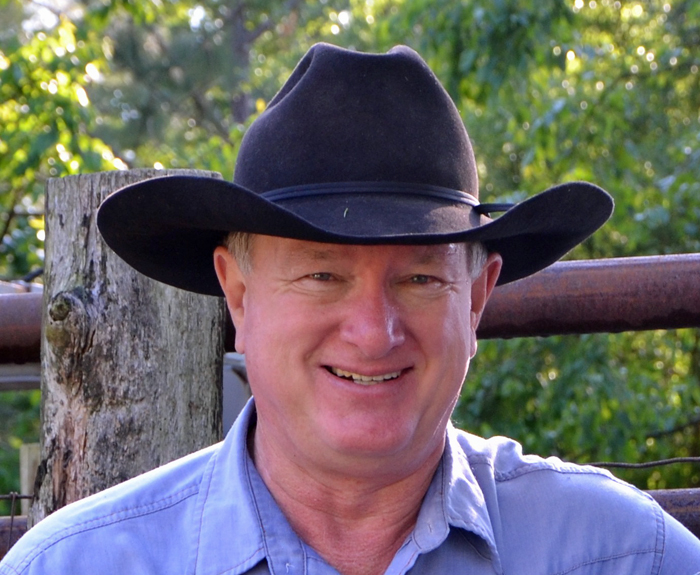 Jim Gerrell’s innovation is effectively utilizing the natural contours and features of the land to maximize the available forage for his cow/calf herd.  His site selective planting tactics are part of an overall strategy to efficiently employ, from both an economic and environmental standpoint, the natural resources which are present on his operation. For example, clover is planted in low areas to ease its access to the shallow water table on sandy, and quick drying, land.  The innovation is part of an overall self-sufficiency plan in this period of high input costs and limited available alternative production components. Jim and an associate attended an artificial insemination school to develop the skills needed to impregnate the herd’s brood cows and heifers. They have also taken training to palpate where necessary, but commonly utilize blood tests to confirm successful breeding. As part of the herd improvement plan, sexed semen based on the milk production of the genetic potential in the bull’s lineage is utilized to assure ranch grown replacement heifers offer the greatest possibility for growing out healthy, heavy calves. The innovations employed in this successful cattle production is on acreage which has been in the Gerrell’s family for more than 188 years. 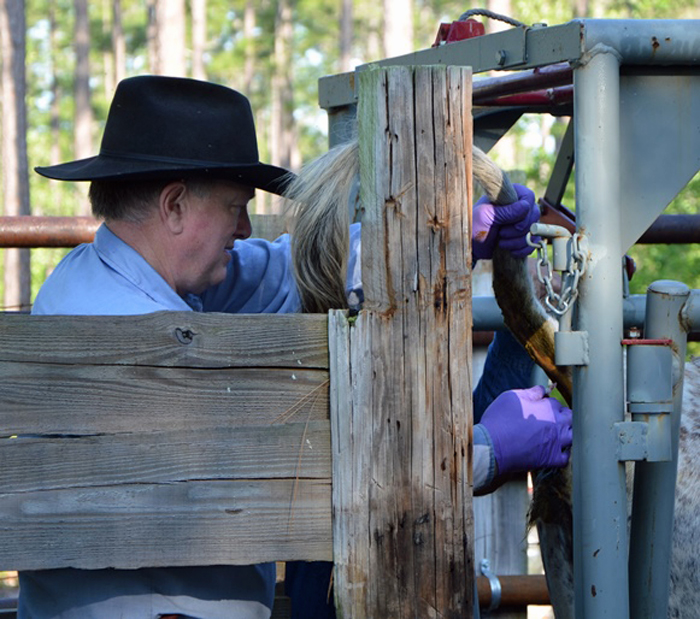 Jim Gerrell and his family have been tireless supporters of Extension education since its beginning 101 years ago. He has used and promoted Extension livestock research, and all other phases of cattle husbandry and production, for decades. He has served as an adviser and source of information to the last three Wakulla County Extension Agriculture Agents and is currently an active and involved member of the Wakulla Cattlemen’s Association and a former officer. 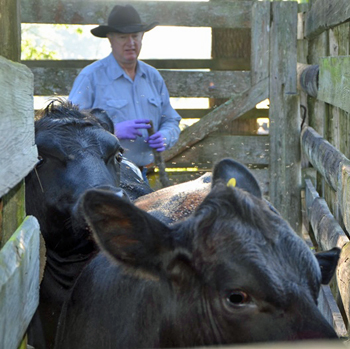 Jim Gerrell has been a mainstay of economically efficient and environmentally responsible animal husbandry and cattle production in the Big Bend region of Florida for decades. He is widely known for superior results, and for a considerate and supportive approach to everyone interested, even for the beginning stock owner and the countless youth he has mentored. Jim’s impact and effect have occurred one animal at a time by means of attention to detail and science based decision making. The long term effect has materialized through his use of applicable information, professional demeanor and the willingness to serve his fellow stock owners. His influence is multiplied each time cattlemen, large or small, see his success and take his advice. His work has influenced hundreds of cattlemen, which assured that thousands of animals have reached the markets while continuing the economic viability of their producers.