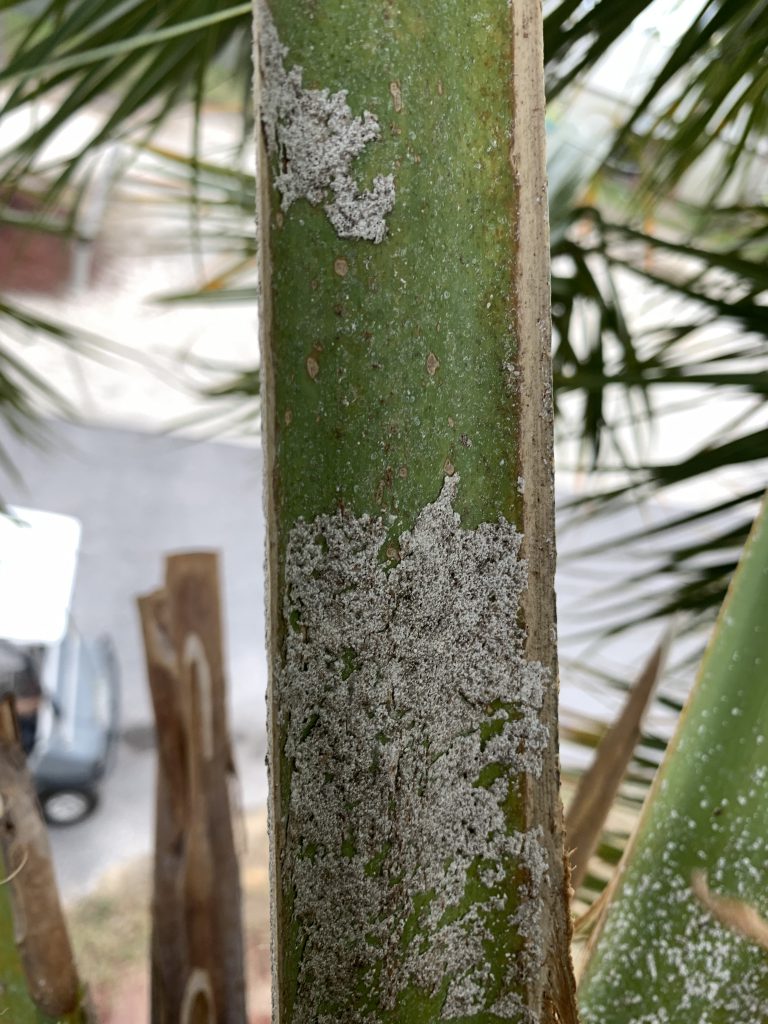 This week I was on a couple site visits to look on some cabbage palms (Sabal palmetto) and some banana shrubs (Michelia figo).  The palms had a white, waxy substance on their frond petioles and the banana shrubs had white specs on the tops of their leaves.  Upon further investigation, I realized the waxy substance and specs were both different species of scales.  Scale insects are serious pests of a number of ornamental plants.  Here in Florida there are 13 different families of scales with the most common being armored scales, soft scales, and mealybugs.  Scales have piercing-sucking mouthparts which they use to siphon fluids from the leaves, stems, and sometimes roots of many ornamental plants.  Heavy infestations cause extensive leaf yellowing, premature leaf drop, branch dieback, and eventually plant death.

The life cycle of a scale begins with eggs being laid beneath wax coverings or beneath the adult female.  Eggs typically hatch in 1 to 3 weeks.  The newly hatched nymphs, called crawlers, move around a plant until they find a spot to feed.  Once a feeding site is located, their piercing sucking mouthparts are inserted into the plant and the crawlers begin to feed and grow.  The males of many scale species develop wings as adults and fly to other plants to reproduce. 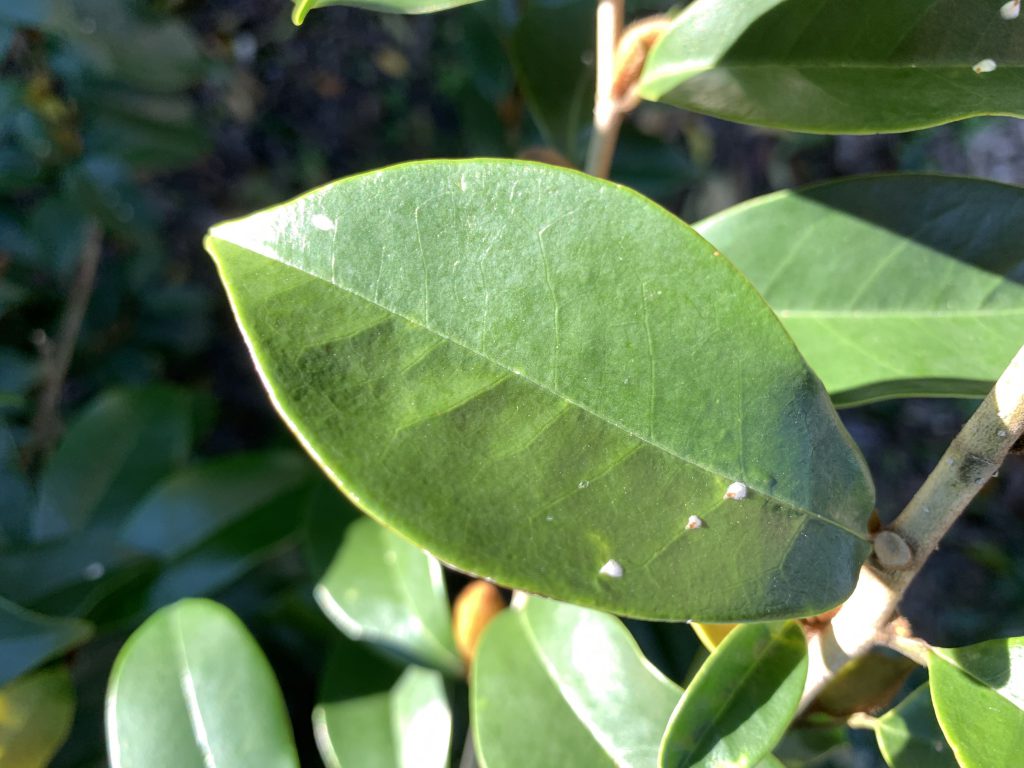 Armored scales get their armor by secreting a waxy covering over their bodies that is not attached.  The scale lives under this covering and uses it as a protection to feed under.  Armored scales can be almost any color or shape and range anywhere from 1/16 to 1/8 inch in diameter.  For females, these shapes range from circular to oval to long and slender.  The males typically have coverings that are more elongate and smaller than the females.  As adults, the males are tiny, winged, gnat-like insects and are rarely seen. 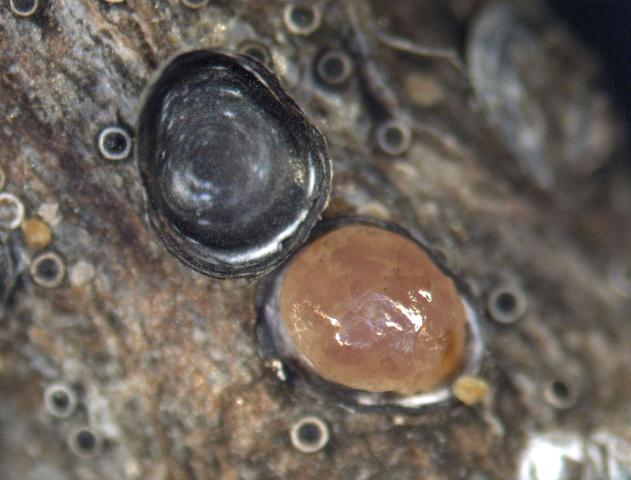 Similar to armored scales, soft scales secrete a waxy covering, but it is attached to their bodies.  Soft scales can be a number of colors, shapes, and sizes and range anywhere from 1/8 to 1/2 inch in diameter.  Their shapes vary from spherical to nearly flat.

Mealybugs are soft-bodied insects that possess a covering of flocculent, white, waxy filaments.  They are about 1/8 inch in length and usually pinkish or yellowish in color.  Mealybugs have piercing-sucking mouthparts which they use to siphon fluids from the leaves, stems, and sometimes roots of many ornamental plants.  Mealybug damage produces discolored, wilted, and deformed leaves. 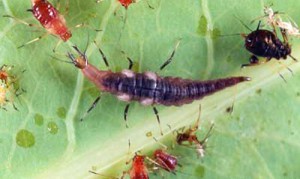 A Guide to Scale Insect Identification