It’s mid-February, cloudy, and cold. It’s time to get outside and take cuttings for fruit and nut tree grafting. The cuttings that are grafted onto other trees are called scions. The trees or saplings that the scions are grafted to are called rootstocks. Grafting should be done when plants start to show signs of new growth, but for best results, scion wood should be cut in February and early March.

Straight and smooth wood with the diameter of a pencil should be selected for scions. Water sprouts that grow upright in the center of trees work well for scion wood.  Scions should be cut to 12-18″ for storage. They should only need two to three buds each.

Scions should be cut during the dormant season and refrigerated at 35-40°F until the time of grafting. If cuttings are taken in the field or far from home, then simply place them in a cooler with an ice pack until they can be refrigerated. Cuttings should be placed in a produce or zip top bag along with some damp paper towels or sphagnum moss.

It is better to be late than early when it comes to grafting. Some years it’s still cold on Easter Sunday. Generally, mid-March to early April is a good time to graft in North Florida. Whip and tongue or bench grafting are most commonly used for fruit and nut trees. This type of graft is accomplished by cutting a diagonal cut across both the scion and the rootstock, followed by a vertical cut parallel to the grain of the wood. For more information on this type of graft please visit the Grafting Fruit Trees in the Home Orchard from the University of New Hampshire Extension. 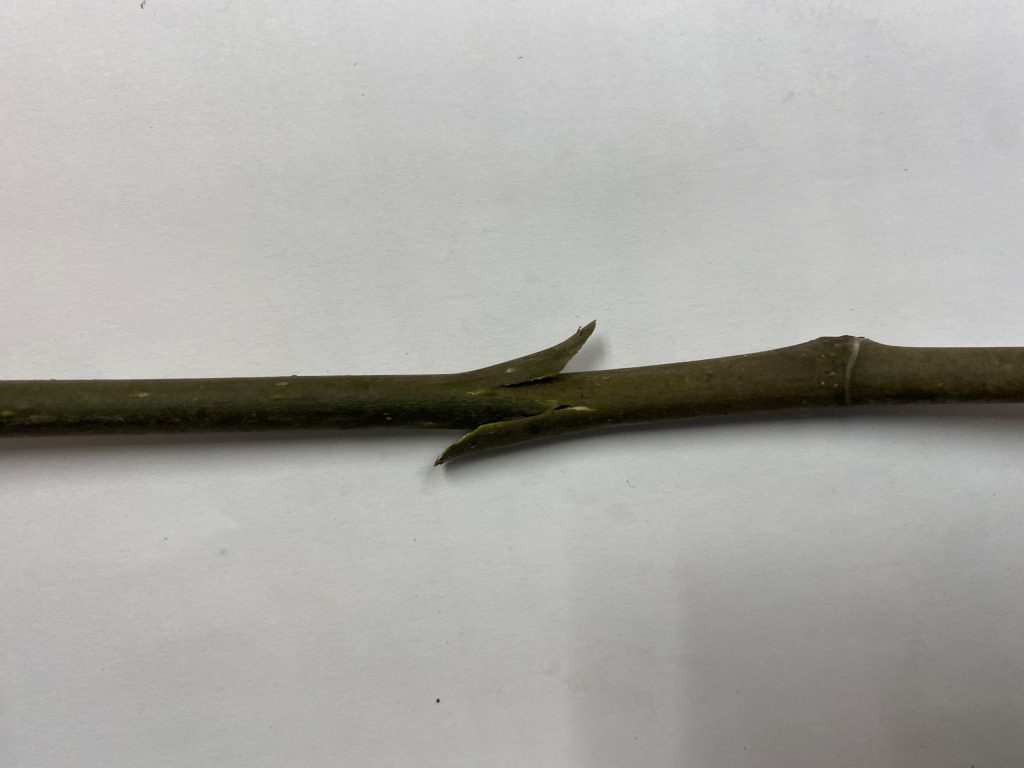 Achieving good bench graft unions takes skill and some practice. Some people have better success using a four-flap or banana graft technique. This type of graft is accomplished by stripping most of the bark and cambium layer from a 1.5″ section of the base of the scion and by folding the back and removing a 1.5″ section of wood from the top of the rootstock.  A guide to this type of graft can be found on the Texas A&M factsheet “The Four-Flap Graft”.

Grafting is a gardening skill that can add a lot of diversity to a garden. With a little practice, patience, and knowledge any gardener can have success with grafting.