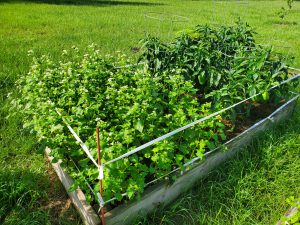 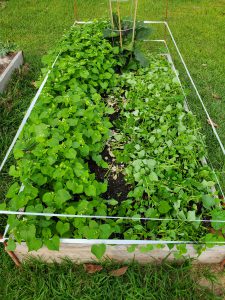 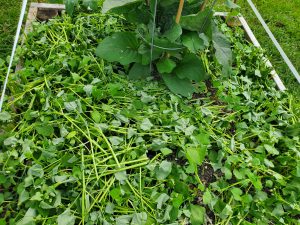 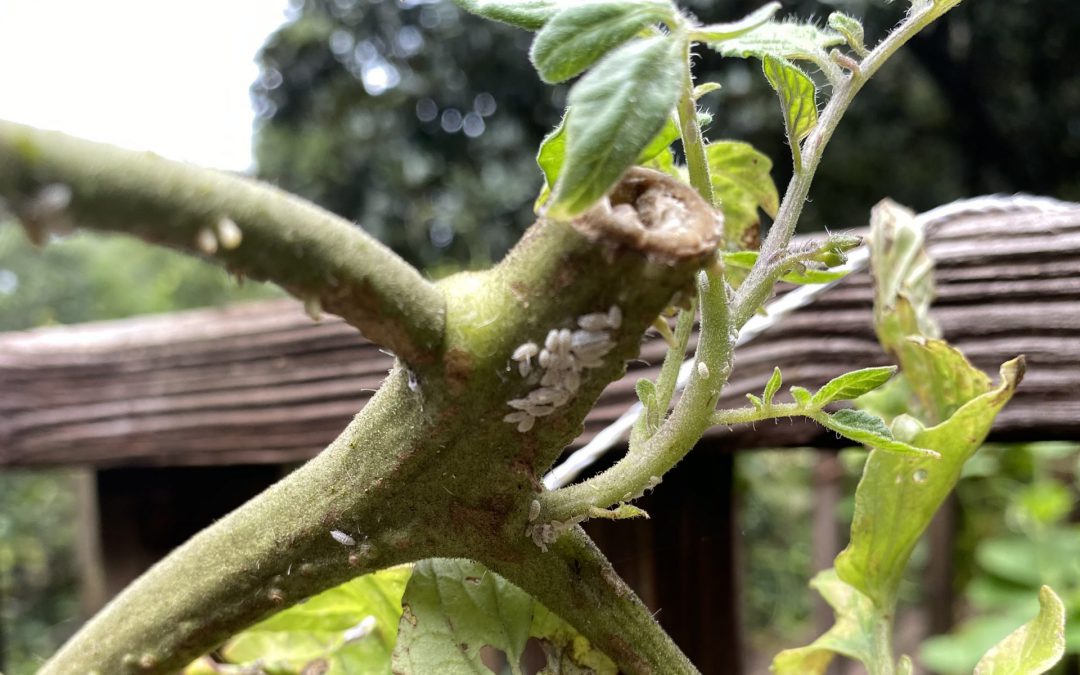 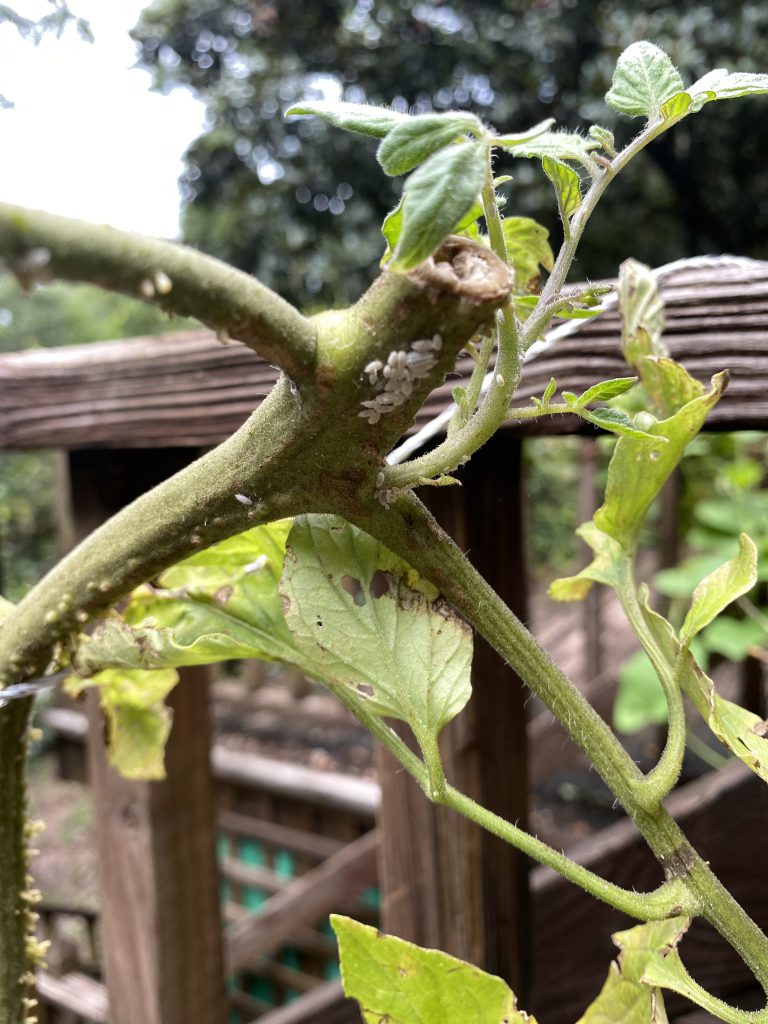 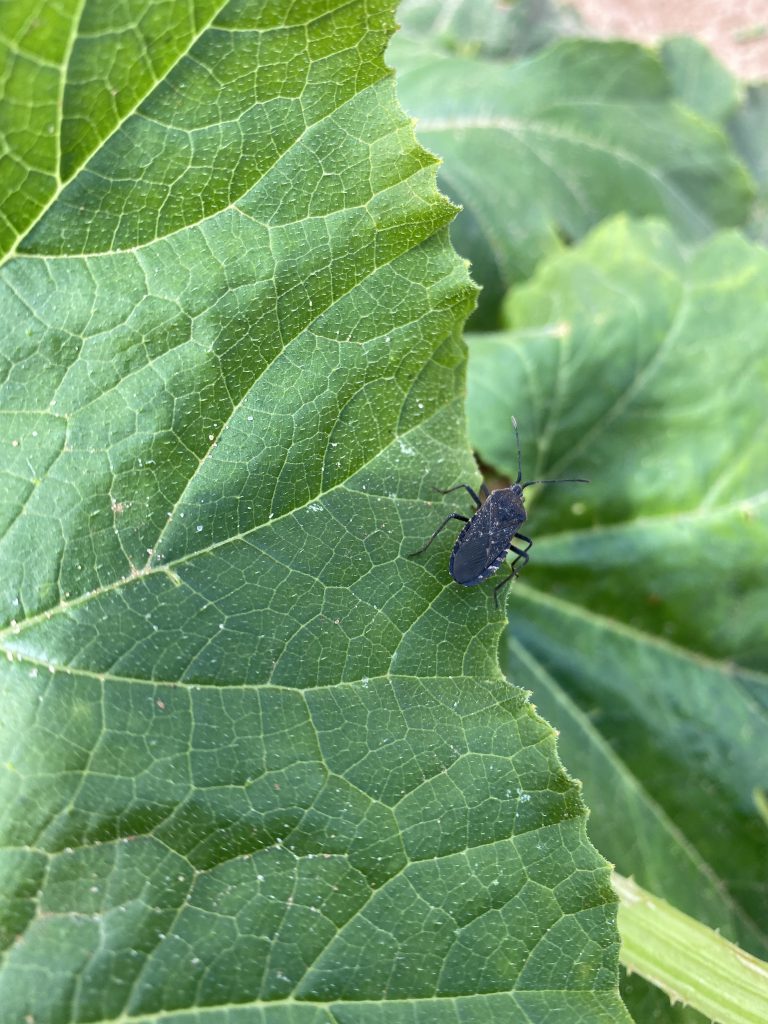 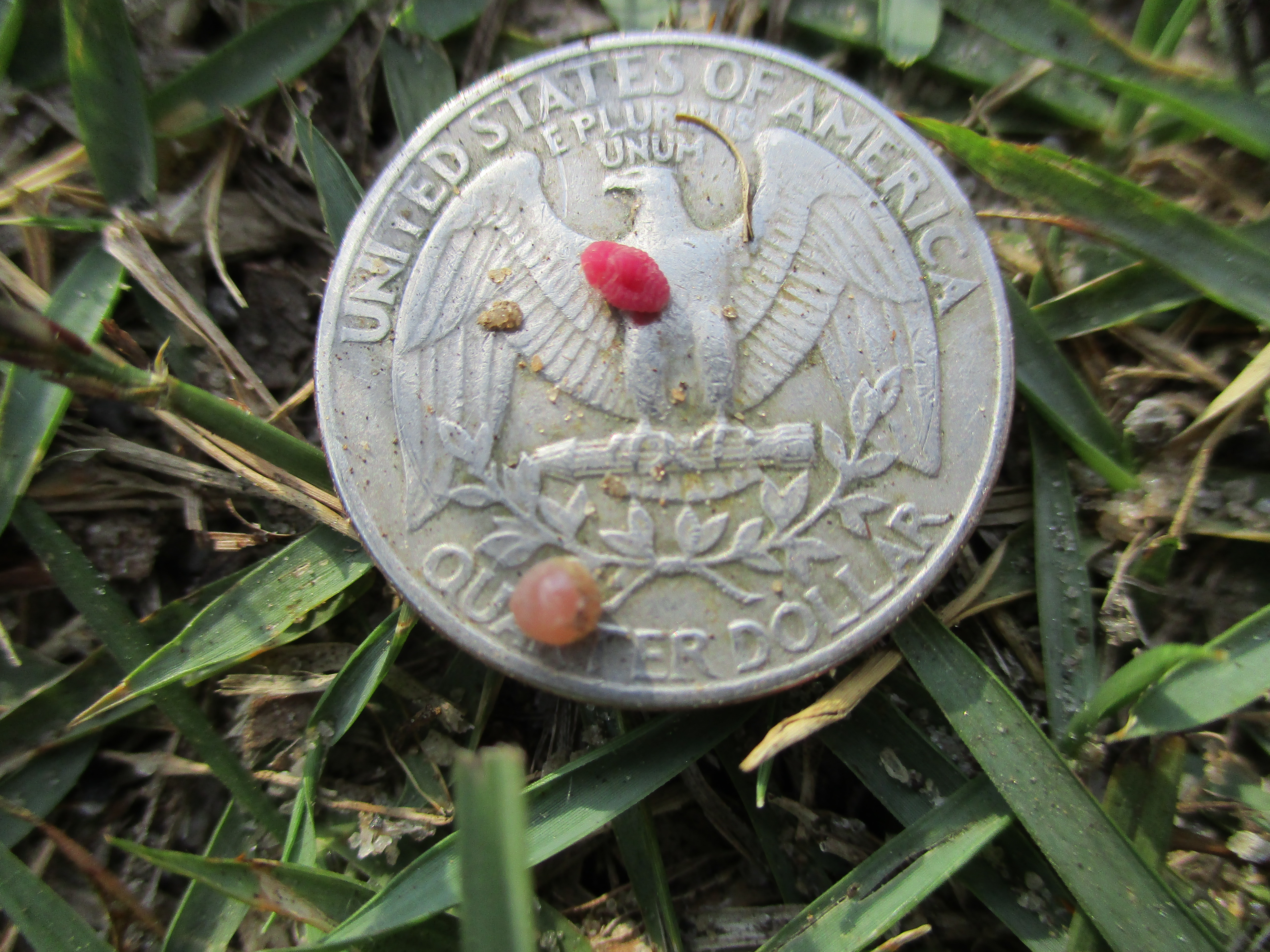 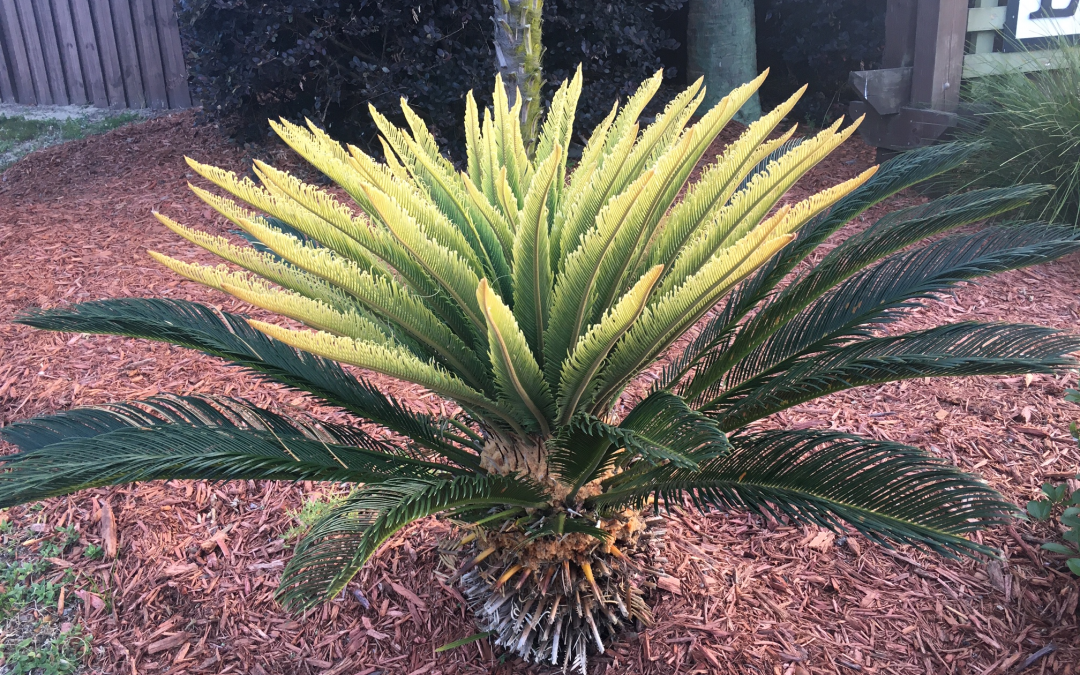 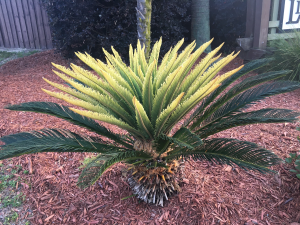 Gardeners are always fighting the endless weeds that pop up in landscape and flower beds. When homeowners put in a new landscape bed and want to prevent future weed invasions, many think that putting down landscape fabric is a great way to keep the weeds from emerging and protect the newly planted trees, shrubs or perennials. 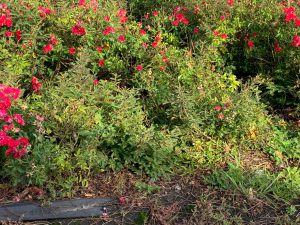 An example of failure of landscape fabric to control weeds less than 2 years after planting. Note the peeking through at the edges. Photo credit: Mary Salinas, UF/IFAS Extension.

Is Landscape fabric a good choice? Why or why not?

If landscape fabric is not covered up, sunlight will degrade the fabric. When mulch is placed on top of the fabric (and we all do want to cover it up – the fabric is not very attractive) the mulch breaks down into soil. Inevitably, weed seeds blow in and settle and germinate and grow on top of landscape fabric. And here you are with a weed problem. Weeds also find their way into the openings cut for desirable plants and along the edge of the fabric.

Landscape fabric is porous when put in place to allow water to pass through, but as time passes, the pores can get clogged and water penetration is restricted – rain and irrigation runs off and the plants you meant to protect are not getting the water they need.

Maybe the worst effect is that the landscape fabric creates unfavorable soil conditions. A healthy soil is key to good plant health. One thing soil needs to have is an exchange of carbon dioxide and oxygen between the soil and the atmosphere. Recent studies from Washington State University demonstrated that gas movement between the soil and the atmosphere is restricted about 1,000 times more when landscape fabric is present than when areas have only wood mulch.

So, if landscape fabric is not a good choice, what is?